25 years of Nordic cooperation in Estonia

The Nordic Council of Ministers’ Office marks its 25th anniversary in Estonia in 2016. In the last quarter of a century the Nordic countries and Estonia have become partners who have experience to share and much to learn from one another.

The most valuable asset that the Nordic countries and Estonia share is their people – their personal memories and values, their friends, inspiring personalities and their visions of the future.

In the last 25 years we have met a lot of interesting people who are moving the Nordic-Baltic region forward. We asked 21 people from Estonia, Latvia and Lithuania – seven from each country – to share their ideas for the future and special moments that relate to the Nordic countries. All three countries were canvassed because the Nordic Council of Ministers also opened offices in Rīga and Vilnius in early 1991.

Sharing their earliest memories of the Nordics from Estonia are Minister of Foreign Affairs Marina Kaljurand; writer, former politician and ambassador Jaak Jõerüüt; Minister of Finance Sven Sester; fashion designer Reet Aus; IT visionary and entrepreneur Linnar Viik; Black Nights Film Festival founder and director Tiina Lokk; and Tallinn Music Week founder and manager Helen Sildna. We also asked them who they would like to change places with from the Nordic countries; what challenge the Nordics and Estonia should face together in the near future; and what they have to learn from one another.

During the second half of 2016 you will be able to watch and listen to their video stories on our Facebook, Twitter and YouTube pages. We gave everyone the chance to speak in their native language and added English subtitles to the videos. The videos from all three countries can be found via the hashtag #NordicBaltic25.

With the Baltic Assembly we are organising a video competition for youngsters up to the age of 19 which is entitled ‘Nordic neighbours: the Nordic countries and the Baltic States are my neck of the woods!’. The winning videos will be able to be viewed on the websites of the Baltic Assembly and the Estonian, Latvian and Lithuanian offices of the Nordic Council of Ministers from 10 October 2016. Read more.

Throughout the year we have been continuing to pursue successful cooperation projects like the migration conference and literature forum; we are dealing with energy and green economy issues; we are championing the development of the creative economy; and we are continuing the fight against human trafficking. Our anniversary year has not only been about celebrating the old, but also welcoming the new. At the start of the year we opened a branch office in Narva and, thanks to doing so, are organising more projects in Ida-Viru County and involving more of the Russian-speaking population of Estonia. 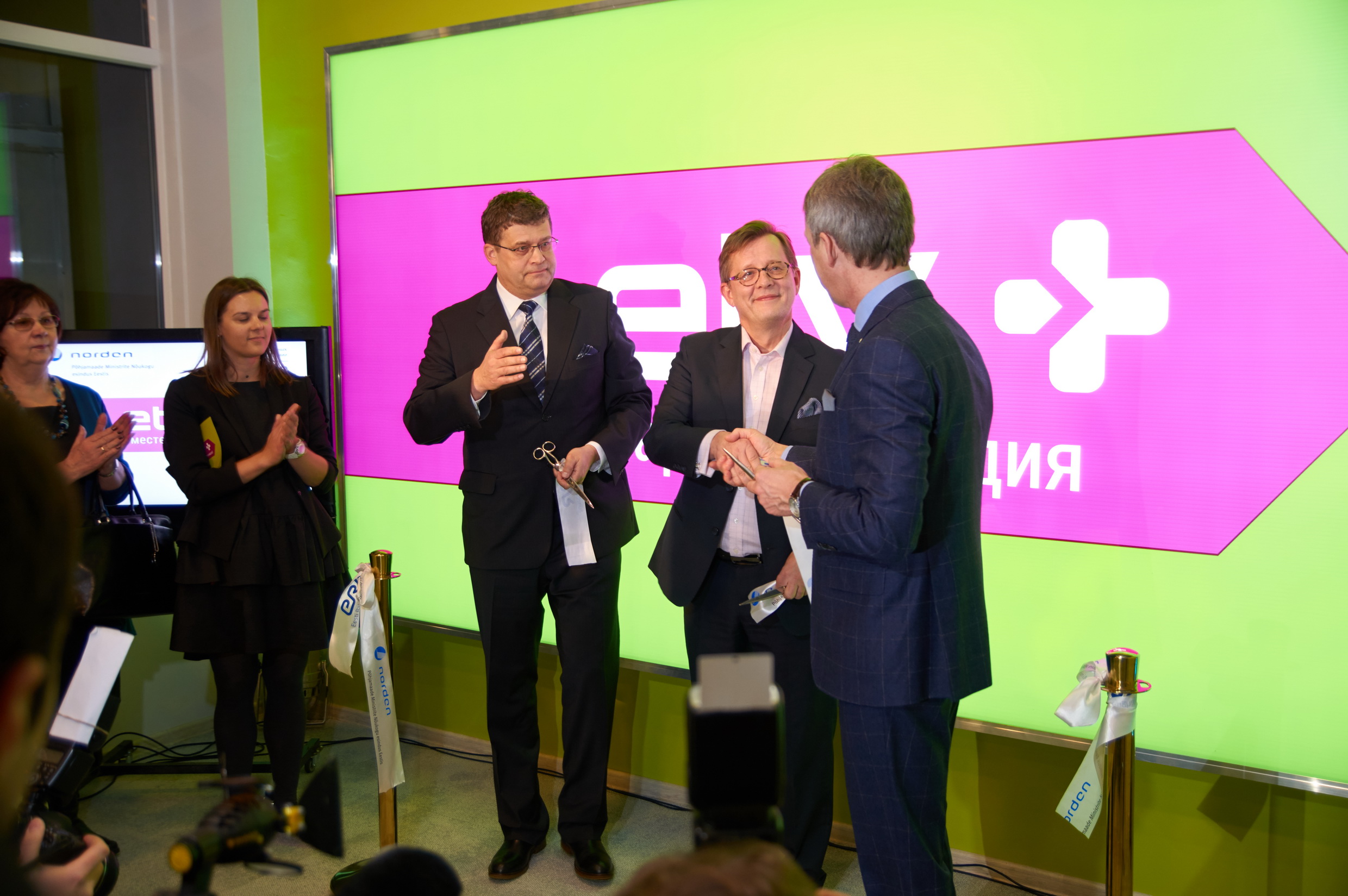 On 23 March we celebrated Nordic Day in Estonia for the first time. It was in Helsinki on 23 March 1962 that Finland, Sweden, Norway, Denmark and Iceland agreed on official cooperation. We marked the occasion in parallel with our anniversary year reception at Tallinn Creative Hub. Instead of looking to the past, we decided to look with Estonia to the future. We did this with the support of the inspiring visions of recognised Nordic futurologists Magnus Lindkvist (Sweden), Elina Hiltunen (Finland) and Louise Fredbo-Nielsen (Denmark).

In August we will be taking part for the first time in the Festival of Opinion Culture (Arvamusfestival), at which we will be discussing with guests from the Nordic countries how strong are the Nordics and what makes Nordic people feel happy.

Grete Kodi: “Nordic values have always been a part of me”
New call for applications – Nordic co-operation projects involving North-West Russia and the Baltic Sea Region
Merle Kuusk: “Nordic welfare lies in atmosphere and experience, not in things”
Nordic Quiz tests your knowledge of the Nordic countries
Andra Heinat: “We often forget how much young people see and how directly they perceive the world”
View more news...