What Christer’s mind can conceive, Christer can achieve 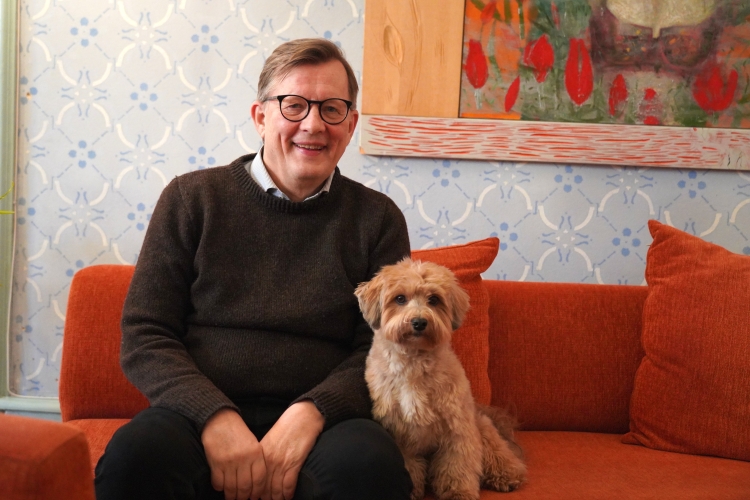 Christer Haglund has been the director of the Nordic Council of Ministers’ Estonian office for 7 wonderful years and there is still one year left. How did the previous communications hot shot end up in Estonia? It’s time to find out.

Christer is a Swedish speaking Finn and spent his childhood in Borgå (Porvoo)  - an old idyllic city 50 km east of Helsinki. He studied the science of literature and political sciences at Åbo Akademi, a Swedish language University in Turku. He has been working with communication, one way or another, most of his life: “First some years at the local newspaper Borgåbladet. After that I was recruited to the Finnish Ministry for Foreign Affairs where I worked for 10 years. The job took me to Helsinki, New York and Stockholm and during the nineties I was in charge of the media for several summits held in Finland. My final project there was Finland's first EU presidency in 1999. State visits at home and abroad were also my responsibility as director for the media unit,” describes Christer.

In 2000 he joined Finnair where he became Senior Vice President and member of the managing team. His area of responsibility was corporate communications, investor relations and sustainability. “The ten years spent at Finnair were really interesting,” remembers Christer. He describes his biggest challenges and achievements: “We kicked off the new Asian strategy that led to a seventh fold increase in the Asian traffic during my ten years, but those years also included huge challenges like 9/11, SARS-epidemic, tsunami and the eruption of the volcano in Iceland that stopped all air traffic in Northern Europe for a long time.” 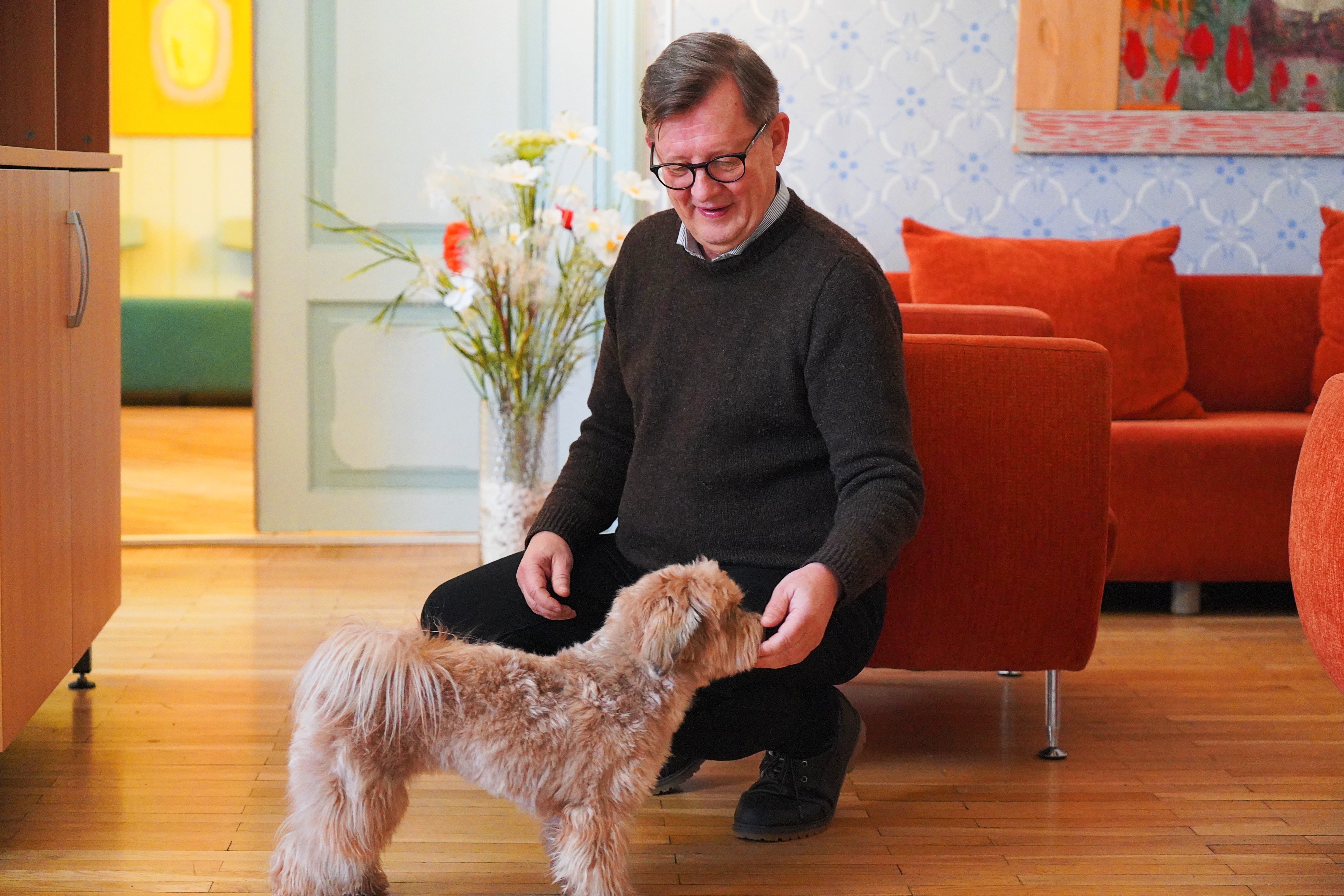 After Finnair he was recruited to CEO for the Finnish fair corporation Messukeskus in order to renew the business. Four years later a friend of his told him that the Nordic Council of Ministers´ is looking for a new director in Estonia. After some thinking he decided that it would be interesting to work for a broader common good. He explains: “Estonia had always fascinated me, ever since I was a kid and spent the summers in the archipelago in Southern Finland, boating and sailing but not being able to make a trip over the Gulf of Finland to Tallinn. I saw this position as a way to get more acquainted with Estonia, its culture and people, and - in all honesty - to have more regular working hours and vacations in order to be able to play tennis and spend time at the summer house and boating.”

Christer recollects that starting to work in Estonia was easy, thanks to his wonderful colleagues. The first week upon arriving to Estonia he already visited Narva, Valga and Pärnu and got an insight of challenges in different parts of the country, while at the same time meeting with a lot of Estonians of whom some are still his friends today. “My tennis hobby also quickly gave me a lot of new friends, although I realize that they do not necessarily form the average Estonian guy. The language is not as easy as many Finns would believe, but at least I manage in social situations,” says Christer.

What Christer likes about Estonians is their need to get things done quickly, although he sometimes has to stress the necessity of thinking things over at least twice. He also finds Estonians friendly and social. He adds that this might come as a surprise to many people, but this is compared to the Finns. “Cakes have never been my favorites before Estonia, but when served cakes several times a week, I have not only gained weight, but also some Estonian cake know-how, becoming a little bit of a “kooginõunik” - a cake connoisseur, “ he jokes.

Being a representative of a minority - although perhaps one of the best treated in the world -  he felt that he has come well along with the Russian speaking minority as well. He adds that although it is impossible and unfair to compare minorities with each other, there are still many similar experiences that one can share.

When asked to describe his role in the NCM Estonian office Christer says: “Our work is very much a team work, and I see my role as an inspirer and enabler, giving my colleagues the support and possibilities to carry out their ideas and projects.” Opening the new office in Narva six years ago, soon after Russia occupied Crimea, has been very close to Christer’s heart: “I´m so glad to see all the positive changes that have taken place in that region during the past years. Our long time financial support to the Russian language TV channel ETV+ has also been beneficial in order to give the channel a fair chance to reach out to its audience.”

Since Christer has been working with communication almost his entire life, the projects that influence people in a positive direction are also among his favorites. “With the swan eco label campaign we reached over 600 000 viewers with the help of Estonia's most popular youth TV program “Padjaklubi” and Youtube. Our cooperation with nublu and Mikael Gabriel while filming the music video for the single "Vihje" has already been a huge success, raising the necessity of sustainable consumption. With our online game Nordic Quiz we have engaged far over 300 000 players competing with their knowledge about the Nordics,” he explains. Christer adds that these few mentioned projects have reached huge audiences, but NCM Estonia also has important projects in a wide variety of areas that are hugely important although they do not catch the same public interest. 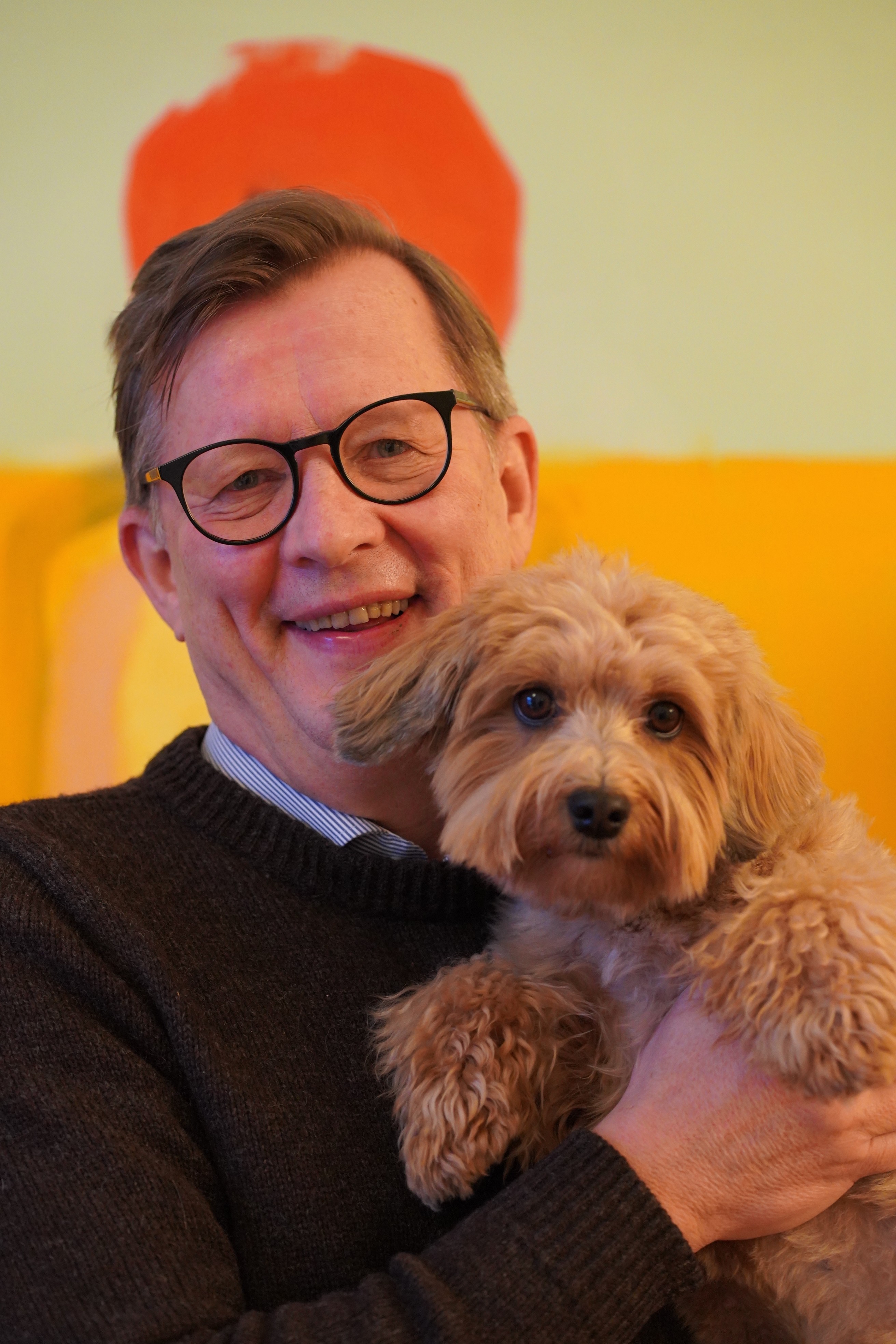 When talking about Nordic values Christer says that he has always been against wasting resources - be it food, clothes or energy - so working for sustainable growth and development is important for him. Christer is convinced that equality and transparency are the core of sustainable countries, being the basis of democracy and responsibility. Oftentimes when using the word sustainability we only think of green initiatives, while in reality we need to be talking about it all - green, social and economical sustainability. “I am happy that in some shape or form we are always guided by the principle of sustainability in everything we do, as well as directly promoting the development of sustainable ways of thinking in a variety of fields. Events like the ever-green Energy Conference, diversity and equal rights conference “So What?”, and our recent Sustainable Nordic Economy podcasts are good examples of how to bring together Nordic and Estonian experts, politicians and entrepreneurs to open up a  discussion and widen the idea of sustainability.”

“Trust is also a vital part of how I prefer to operate,” he adds. During the years our office has enjoyed very fruitful cooperation with representatives and organizations from various fields. It shows that you don’t always have to reinvent the wheel, as you can use the practices that are already working and adapt them if necessary. Often, people find the best solutions in joint discussions, so the impact of exchanging ideas and trusting people around you should never be underestimated.

A great mind with a busy lifestyle

Since Christer’s “reign” will end in a year it is interesting to know what he will miss once he is back home in Finland. Being a real star of social life, of course his first response is: “Well first and foremost my colleagues and Estonian friends.” He is somewhat convinced that his cake eating will decrease too. But at the same time he acknowledges that Helsinki is so close to Tallinn, so whenever he wants to get together with his Estonian friends or have a delicious cake, he will just take the ferry and come over.

In his free time Christer is mostly engaged with tennis or boating. In addition he likes to be an amateour carpenter building and renewing things at his summer house - suvila.  He made a bench that - according to Christer’s wife - would survive even a nuclear attack. During the covid times where everybody had to stay in the home office, he renovated the outhouse and renewed  the roof of his sauna. This shows that Christer doesn’t accept any shortcuts, but does everything with his whole heart. Couple of years ago he and his wife got an adorable Havanese puppy Alba who has won the hearts of everybody she has met. In addition to furry babies Christer has also a son and a daughter who are grown up and building up their careers in London.

As Nordic culture has also greatly influenced Estonians we asked Christer to name some of his favorites. According to him “Fanny and Alexander'' by Ingmar Bergman has made a great impact on him. His favorite writer from his own generation is Kjell Westö, who is brilliantly portraying people and their hard choices in the past and present. A more classic favorite is Pär Lagerkvist who wrote about the eternal questions of good and evil.

Christer wraps up his life choices and attitude towards life with a couple of sentences: “When I lived in New York, I passed every day a wall where somebody had written "What mind can conceive, man can achieve". It appealed to me very much and it was not until later, with the help of Google, that I found that this idea came from a book "Think and grow rich" from 1937 describing the power of positive thinking. This has been my motto since.” 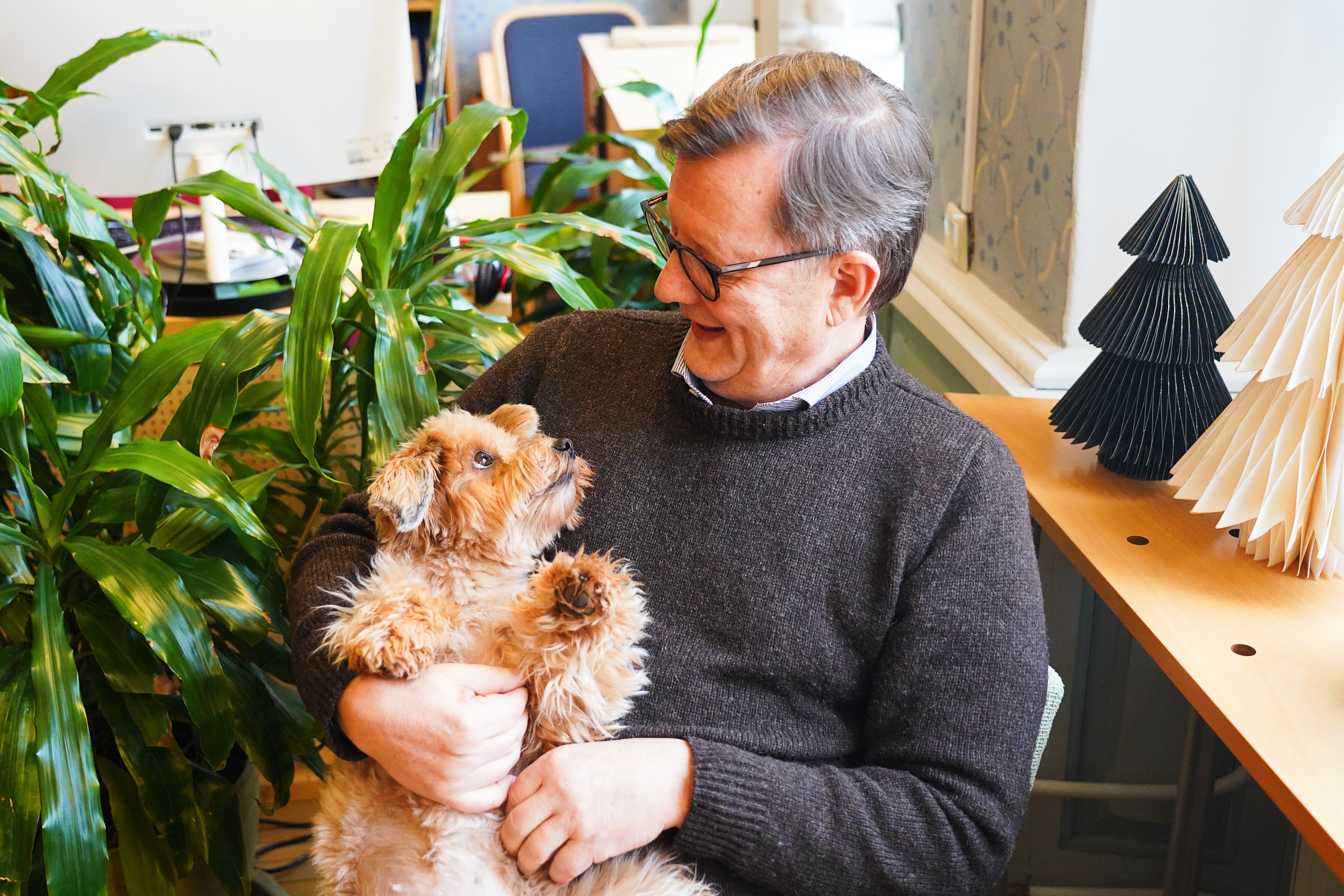