Grete Kodi: “Nordic values have always been a part of me” 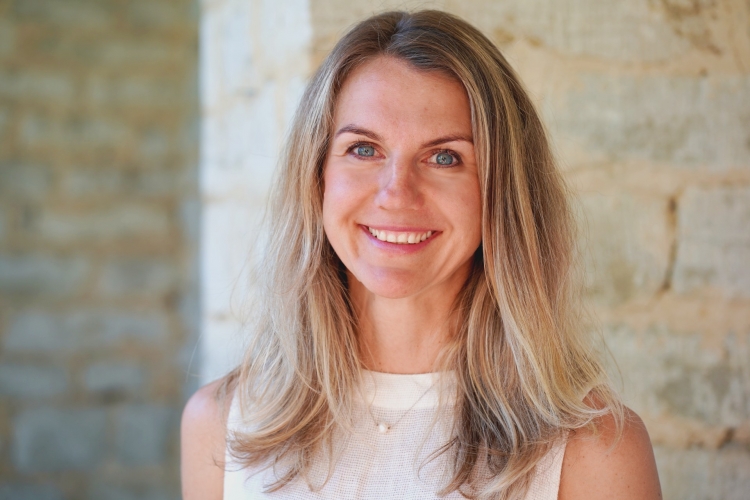 Grete Kodi’s career has been inextricably linked to the Nordic Council of Ministers (NCM). What she enjoys most about working for the council is the extraordinary range of issues it allows her to deal with – everything from the creative economy to the food sector and digitalisation.

Grete joined the NCM on a work placement scheme in 2001 while studying political science at Tallinn Technical University (now TalTech). Since her Master’s thesis examined the impact of digital literacy on social aspects of society, she started out at the NCM by establishing an information system for the organisation. Over time the work experience girl became a fully fledged member of the team, taking on different tasks before assuming the post of advisor on the creative economy and the field of business. Grete describes the NCM as an interesting organisation in which she has enjoyed plenty of opportunities for development and new experiences. “Our priorities in terms of cooperation and the issues we focus on are changing all the time, which is why you yourself have to be constantly adapting and evolving as you switch from one thing to another,” she explains.

Over the years she has dealt with a vast array of issues: mobility support programmes for business and those working in the field of culture in the Nordic countries and Baltic States; the New Nordic Food programme in Estonia; development and cooperation projects in the field of the creative economy in the Nordic-Baltic region; and now the issue of digitalisation. Keeping on top of such diversity she likens to conducting an orchestra. When asked her favourite issue to work on, she is unable to come up with a single answer – she says that all of the projects she has been involved in have not only been much-needed, but very close to her heart and have touched her personally.

“There are so many different things I deal with, and that’s what makes my work so exciting,” she says. “Every day I feel like I’m getting better at it, too. We always have to stay one step ahead of other developments and offer the private sector, and sometimes society as a whole, our support, plus some sort of added value. I often feel like I’m on a mission doing this job, and that makes what I do on a day-to-day basis really meaningful.”

Grete says that the many years of work she has put into the food sector are finally bearing fruit – fruit that is being embraced as a natural part of food culture. “When you finally see the fruits of your labour, it gives you a warm glow,” she says. “Holding locally sourced ingredients and locally made food in high regard has become the norm these days, and people are struggling to get tables at restaurants that offer Estonian food. But when we started promoting the New Nordic Food movement back in 2007, most people tended to think of Estonian cuisine as little better than peasant food. They favoured up-market French and Italian restaurants where it was all white linen and silver service, and which of course were only within the price range of a select few and which you only went to on special occasions.”

Alongside marketing local food, Grete has worked on issues such as healthy food and food safety, brought together experts from the Estonian and Nordic food sectors, organised seminars and conferences, arranged residencies in leading Nordic restaurants for Estonian chefs and more.

Tangible development in the creative economy 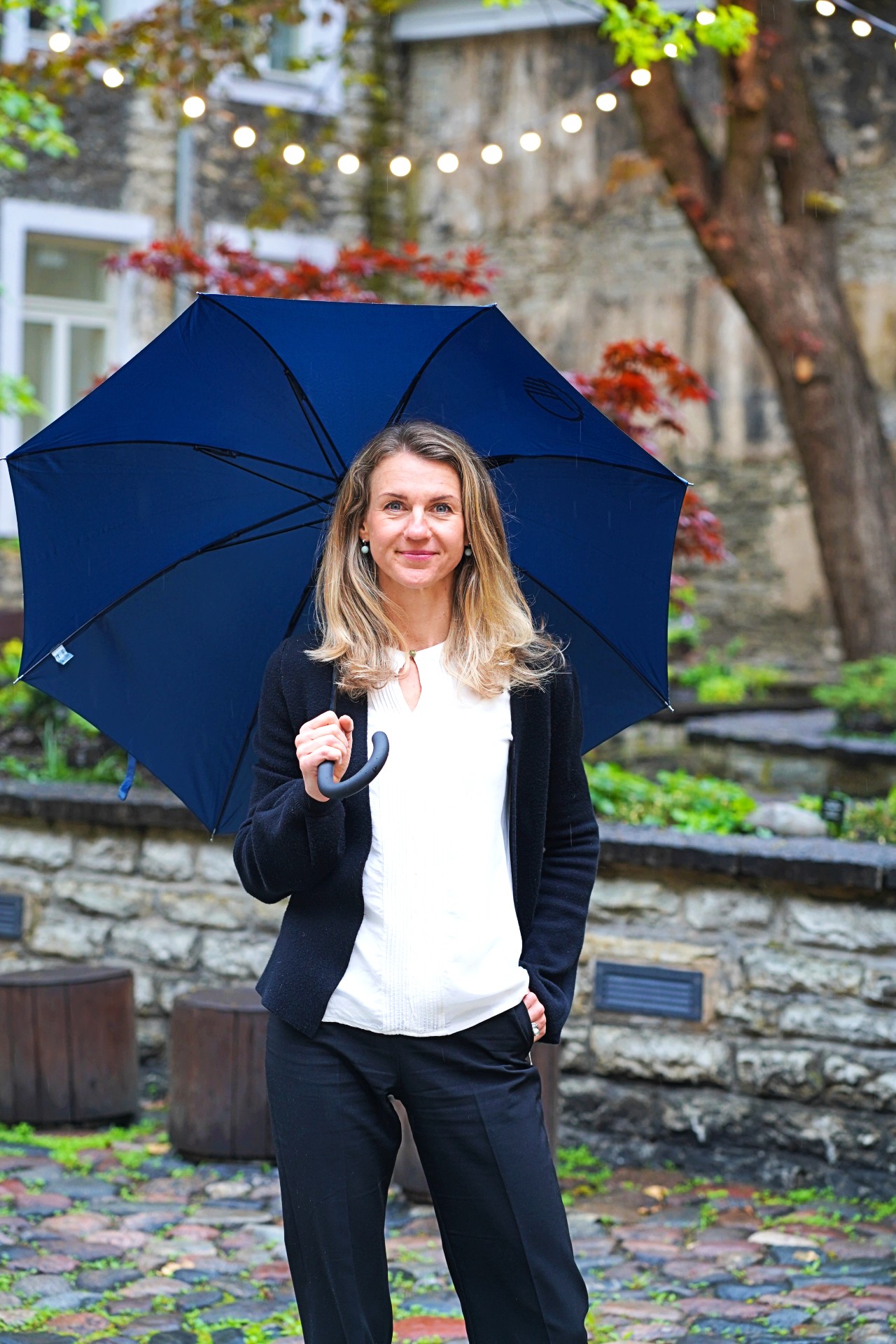 What Grete is drawn to most in the creative economy is that she gets to contribute first-hand to the development and growth of creative companies and to the rise of a robust entrepreneurial environment. She has been working for years to establish a strong ecosystem that supports creative enterprise and to ensure that the capabilities are there to build up companies and generate profit. “We’ve raised people’s awareness of how introducing design into ordinary enterprise can make companies more competitive, how they can defend their intellectual property on foreign markets and how to raise investments,” she explains. “Plus we’ve brought experts and officials together from the Baltic States and the Nordic region.” Former Eastern-bloc countries like Georgia and Moldova have also shown an interest in Estonia’s success stories, and Grete has shared with them the country’s experience in building up the creative economy ecosystem in cooperation with the Nordic countries.

For a couple of years Grete also worked with partners to organise the Creative Economy Academy, which focussed on the establishment of e-governance and public e-services by getting the private sector and start-up community involved. Experts from the field debated how the next wave of innovation in e-governance could be evoked and what the core problem was in the era of innovation. The main issues were how to control personal data and how we should alter the existing model of governance so as to keep pace with the rapid changes in the digital age. The project culminated in a Nordic-Baltic e-governance service hackathon, which was organised in cooperation with Garage48 and which resulted in quite a few e-services that are in use today.

Digitalisation as an all-encompassing issue

Grete says the pandemic has clearly shown that while Estonia is at the forefront of e-governance, both it and the Nordic countries need to bring innovation and fresh solutions into the field. “The new goal of the Baltic States and the Nordic countries is to establish cross-border e-services, and the Nordic Council of Ministers will definitely get behind that, supporting it through a range of projects,” she says. This is the very reason that Grete is focussing on a completely new issue this year: digitalisation.

For example, soon to take place is the ‘Cyber Battle of Estonia 2021’, a cybersecurity project aimed at young people. Grete is currently helping its organisers find Nordic partners, but her bigger aim is to get even more Nordic youngsters involved next year by launching the ‘Cyber Battle of the Nordics’. Cybersecurity awareness and the ability to use the Internet safely are of vital importance, since our everyday lives are increasingly being lived online. Digital literacy is becoming as indispensable as traditional literacy, since the digital world presents a wealth of opportunities but also a host of dangers. As such, people need to work on their cybersecurity know-how.

“It’s an issue that really excites me, because the goal of the Nordic countries and the Baltic States is to become the most integrated region in the world,” Grete explains. “A number of organisations in different countries have already launched joint undertakings, like a unified ID system for Finland and Estonia and analysis of data exchange between court information systems. Since digitalisation is something affecting a wide range of fields, I’ve no doubt that it will become part of the project portfolio of all of our advisers here at the NCM.”

The Nordics – a security blanket that is nevertheless full of surprises 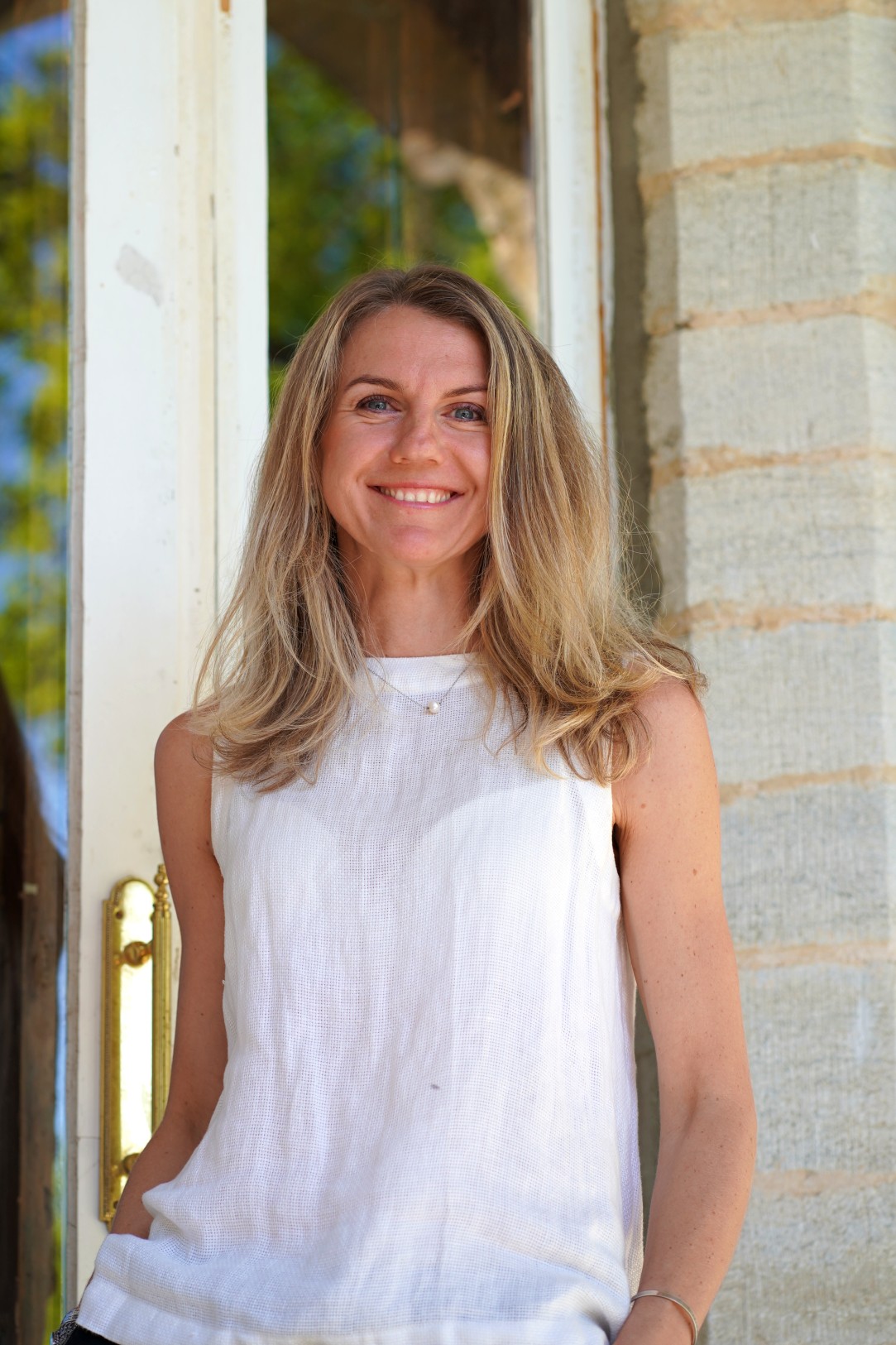 Having worked for the Nordic Council of Ministers for almost 20 years, Grete has gained a much broader world view and a deeper understanding of the fact that everyone has it within them to change their living environment for the better by starting with themselves. One of the reasons people are so glad to live in the Nordic region is considered to be the level of trust and togetherness that exists in the countries. Although numerous surveys have shown that Nordic people are largely individualists, they nevertheless form a very cohesive society that turns its back on no one. “That sense of security is what you need if you want people to be happy,” says Grete, adding that she herself is sometimes surprised just how much of an impact they can have on what is happening in the world through soft values and willingness to work together, given how small an operation the Estonian office of the NCM is. “I think it’s fair to say that togetherness is what marks us out as a team most of all as well,” she smiles.

Working for the council has also sparked an even greater interest in the Nordic region in Grete. Among other things, it led her to take her former colleague Eha’s advice and embark on a journey to properly explore the Faroe Islands. Grete was struck by the culture and nature of the archipelago – to such an extent that she immediately wanted to share her experience of the place with others. Meetings with local musicians and the hugely progressive head of Nordic House while on the islands and discussions with her travel companion, the composer Veronika Portsmuth, generated a synergy that led to the idea of staging a modern Faroese opera in Estonia for the first time.

“In my excitement I suddenly found myself staging Faroese composer Sunleif Rasmussen’s chamber opera The Mad Man’s Garden at the Creative Hub, which was just about to undergo major renovations,” Grete recalls. “It was an amazing experience, indescribable really. The music was so captivating, almost otherworldly. We got loads and loads of creative figures involved.” The trip also resulted in Grete curating an exhibition of the images she had captured of the Faroes, since at the time photography played an important part in her life. The pictures allowed her to convey the stunning natural beauty of the islands and showcase it for an Estonian audience.

“Nordic values have always been a part of me,” Grete says when asked how working with the Nordic countries has influenced her. She adds that being close to nature is important to her, as is the principle of ‘less is more’. Charm lies in simplicity, she remarks, as so often do the things that can touch you the most.

“I like to use things rationally, and to re-use and recycle as much as I can,” she says. “My home is very much Nordic in style, at least on the inside. I love Nordic design and music and architecture, and the natural environment of the countries, and the principles they follow when making food. Striking a good, healthy balance between work and free time is really important to me as well. Probably the most important thing, in fact. If you have time to recharge your batteries outside of work, then you have something to give back.”

As varied a life of leisure as at work

In speaking about balance between her work and free time, it becomes clear that Grete loves Nordic music, with a number of artists from the region being among her all-time favourite singers. In order to discover new talent, she recommends the Nordic Playlist on Spotify, which serves as a platform for emerging pop artists from the region. As for films, her favourites remain the Norwegian comedies Cool and Crazy and O’Horten even several years after their release. “Those movies are works of genius!” she smiles. “They really give you an insight into the Nordic mindset, and the sense of humour that predominates in the region, which on the one hand is natural and simple, but on the other really refined and cutting and more often than not drawn from life itself. That’s something Estonians can definitely relate to.”

Grete is also a nature lover and a keen hiker, which she says helps her find her point of balance in a relaxed and enjoyable way. “I got in a lot of skiing this winter, which was a great one for snow,” she enthuses. “Snapping the skis on and heading out for a bit during my lunch break was the best thing about working from home!” She is also drawn to the sea: she is an experienced diver, a hobby she actively pursued some years ago, albeit in warmer waters than the Baltic Sea provides. She also seeks balance through kundalini yoga, of which she is a certified teacher. And on top of these pastimes, photography remains very close to her heart. 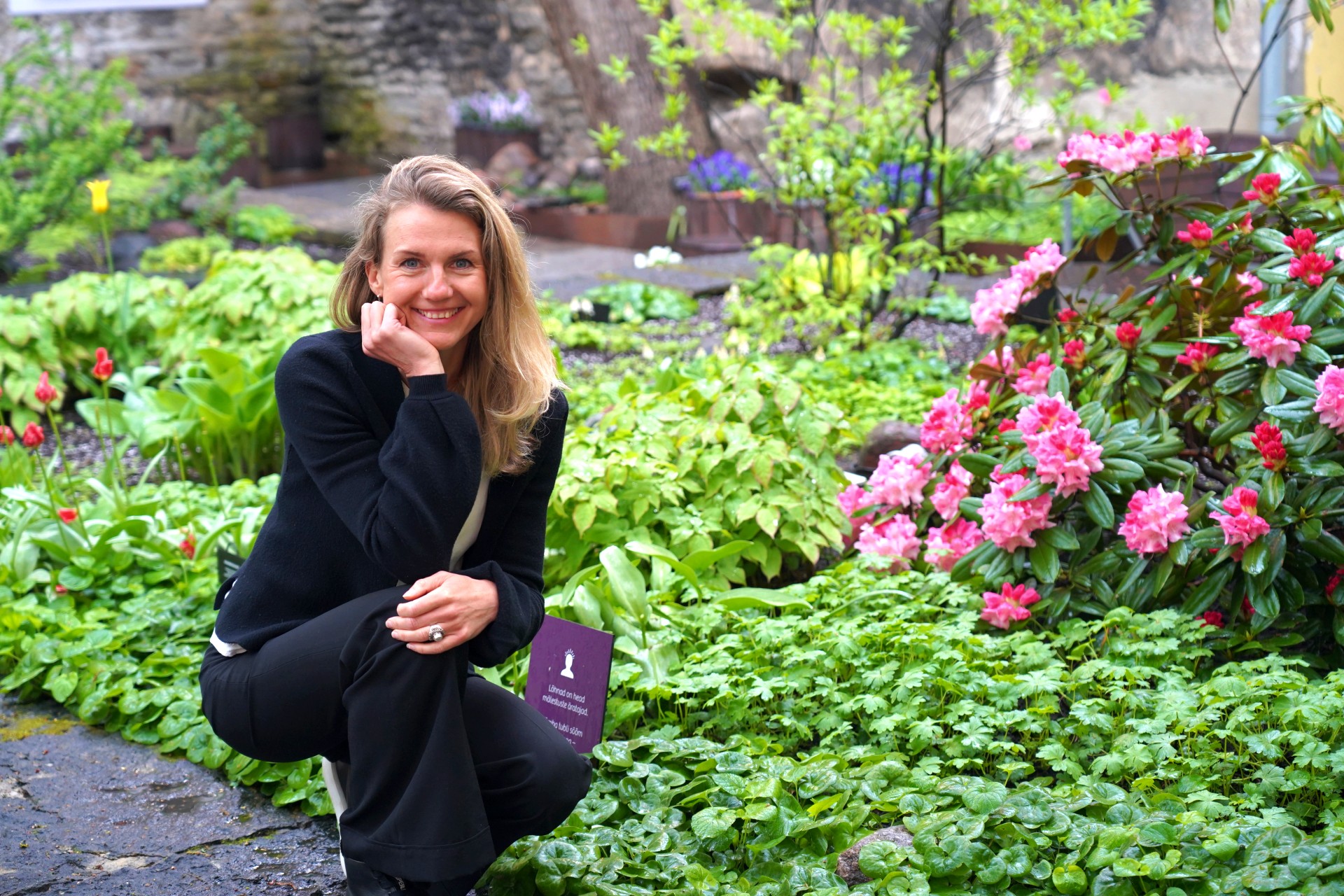