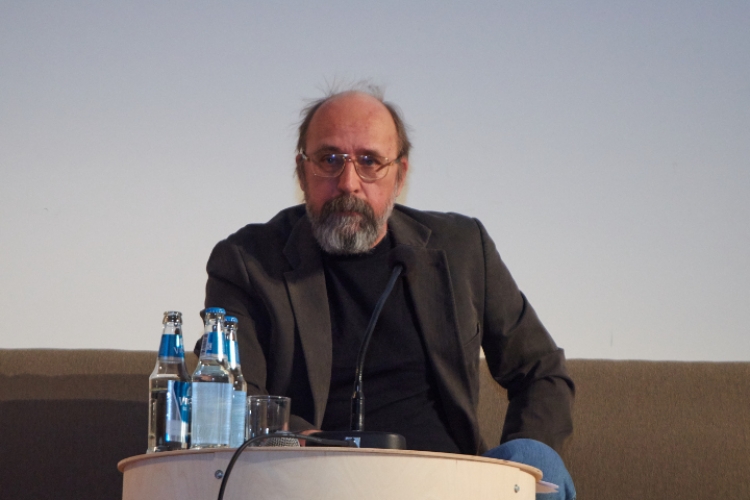 "Why is Estonia the odd one out?" asked Eesti Päevaleht journalist and book blogger Jaan Martinson at the third Nordic-Baltic Literature Forum organised by the Nordic Council of Ministers' Office in Estonia, which this year focussed on the now world-famous genre of Nordic Noir. "Why don't we have proper crime writing?" he continued. "All our neighbours do!"

Martinson describes Nordic Noir as dark and honest, focussed on local problems rather than the end of the world. That's how, he says, crime novels can be written in the benevolent societies of the Nordic countries. Such books draw you into them and make you think. "There's plenty to write about in Estonia, but we're just not writing about it," he remarked, pondering whether Estonian society would accept a realistic reflection of social problems in writing.

Martinson highlights the realism and accuracy of Nordic crime novels, whose authors undertake thorough research. Most of the cases their characters investigate have happened in real life, such as stories involving street kids.

Swedish crime writers have provided significant insight into the nuts and bolts of police work, while Norwegian authors have focussed more on detective work. Danish crime fiction displays more of an international range. In Iceland, as in Sweden, everyday investigations make up much of local crime writing, with the added nuance of close-knit community settings. Finnish novels in the genre, meanwhile, also provide an insight into police work, but tend not to feature corrupt officers, and the majority of criminals hail from Eastern Europe.

This was how Swedish crime writing expert and literary critic Kerstin Bergman generalised Nordic crime fiction at the forum. But what exactly is Nordic Noir within the genre? Does it even exist?

Bergman and Danish Crime Academy member and literary critic Bo Tao Michaëlis agree that Nordic Noir is more of a trademark than a definable notion. "Henrik Ibsen was the first noir author," said Michaëlis. "Noir never gives you conclusive answers – it leaves things up in the air and sparks debate." Michaëlis says crime writing should shake society, giving the example of Stig Larsson's character Lisbeth Salander, who has a very un-Swedish attitude of "hurt me and I'll hurt you back".

Bergman says the genre reflects the darker side and bottlenecks of the Nordic welfare model, which should mean that people can learn from them and resolve issues. She notes that women, violence against women and children and gender equality are phenomena in their own right within Nordic crime fiction – women no longer simply stay at home to bring up the kids. However, she says that very few female Swedish crime writers can justifiably be called feminists.

Crime fiction is so popular in the Nordic countries that there are crime academies in both Sweden and Denmark. The Swedish Crime Academy was founded as early as 1970 and not only promotes the genre but also awards coveted prizes. Half of its members are Swedish authors, while the other half are critics. The Danish academy aims to boost the quality of crime writing, for example by instituting standards.

A blend of genres is finding more of a place in Nordic crime writing today – criminal, psychological, romantic and fantastic. Bergman says the scope of stories is becoming increasingly international, while at the same time subplots focus on small communities and personal themes.

According to Michaëlis, the hottest topics in Denmark are Nazi occupation, war, the Jews and the Holocaust. "Then there are the paranoid novels about people bringing down the parliamentary system," he adds. "Most crime writers are left-leaning, but there are a growing number of them on the right warning people against immigrants and Islam."

Michaëlis says it was not only society but also literature that was changed by the mass murder committed by Anders Breivik on the Norwegian island of Utøya in July 2011. Whereas previously little had been written about crimes affecting young people – and then mostly about child abductions with happy endings – more is now being written about kids.

Asked whether the global success that Nordic Noir is enjoying is likely to last, the Swedish and Danish experts expressed differing views: Bergman sees no reason for the genre's popularity to wane, whereas Michaëlis feels the end is nigh for Nordic Noir as a middle-class phenomenon.

Tallinn University creativity lecturer Stanislav Nemeržitski says that a constantly wandering mind can lead to ennui. Can't-put-it-down crime writing draws people in, giving them little room to relax while reading it and no chance for their thoughts to wander.

Crime writing features much that is impalpable and disquieting, but when resolution comes it brings with it a sense of relief for the reader. As such, the more disconcerting the story, the more enjoyable the sense of relief, says Nemeržitski.

He adds that no direct link has been found in scientific studies between the bloody crimes such literature is famous for and actual violence in society. However, he does feel that thrillers prepare readers for the worst in life, guiding them on what to do in worst case scenarios. They also help people distinguish good from bad and do much to popularise science.

Tallinn Book Fair was opened for the third time on 9 April by the Nordic-Baltic Literature Forum, at which this year the focus was on the darker side of writing – a.k.a. Nordic Noir – and the authors responsible for it.

During the book fair the National Library also hosted an exhibition on Swedish crime fiction put together by the Swedish Institute entitled 'The Crimedom of Sweden', while the Artis cinema showed big-screen adaptations of Nordic crime novels.

Photos from the literature forum can be viewed in our picture gallery.

Media coverage of the 2015 Literature Forum