Literature as mirror to the soul of a culture or instrument of society? 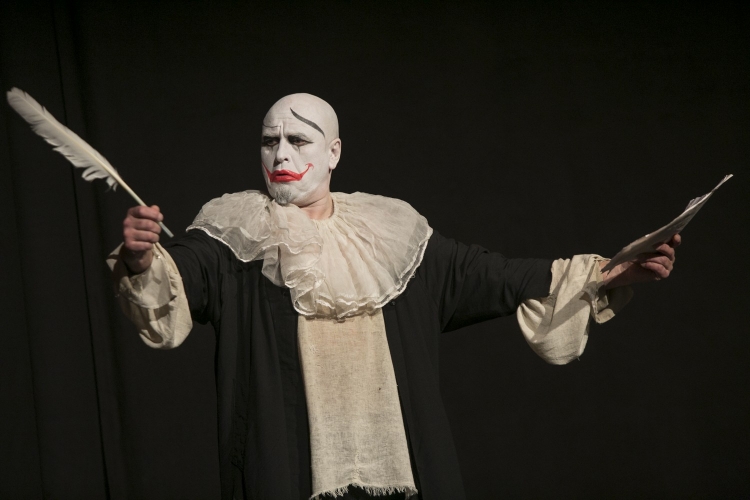 Forum "Literature Across Cultures", which took place in Tallinn on 7 April, brought together a group of exciting and very different authors. They are not just Nordic or Baltic writers, but citizens of the world – minority and refugee writers. Their lives have taught them to view people and the world from a different perspective. A summary of the fourth Nordic-Baltic literature forum was compiled by Johanna Jolen Kuzmenko and Erika Piirmets from Tallinn Central Library.

Finnish-Swede Christer Haglund, the director of the Nordic Council of Ministers’ Office in Estonia, said in his opening speech that the voices and stories of ethnic minorities enrich the world of literature. He stressed that the history of the world has been shaped by migrations – people have always run from wars or tried to find better living conditions. This kind of migration is a process that we should not be afraid of, because different cultures can enrich one another.

According to Jelena Skulskaja, who is a Russian writer, translator and journalist living in Estonia, every writer chooses their own genre to write in based on their world view. She believes that literature does not serve the purpose of contributing to integration, but that it is a form of art to be enjoyed. Writers are part of their language and not the other way around – people’s way of thinking differs from language to language depending on the structure of the language. Naturally, every author dreams of other people reading their work as well, but if people do not care about their own culture then they will never take an interest in foreign literature and culture. This is why literature is not an integration project – writers write for the whole world, but at the same time only to one person: their reader.

It took four years for Hassan Blasim to walk from Iraq to Finland, where he now resides as a refugee. As a child he dreamt of becoming a writer, because writing gave his life meaning. Blasim made a thought-provoking point: Iraqis consider him westernised, while at the same time he is not fully accepted by Finnish people either. This is a complicated situation that can lead you to believe you do not belong anywhere.

Finnish-Swede Mathias Rosenlund uses his books to address a topic that Finns find quite unpopular: poverty. He believes that people are reluctant to admit to themselves that not everyone around them is well off and that some people find it difficult to cope financially.

British writer Mike Collier, who lives in Latvia, has sought to encourage local Latvian writers to come forward with their previously unpublished works by participating actively in Latvian literary life and society. Satirical authors were persecuted in the 1930s and continue to be persecuted even now. Satire hurts people’s feelings and people take it very seriously. The way society resonates in literature matters a lot to people.

Otto Kaarel Altroff, who studies at Tallinn Secondary School of Science, went to Lake Peipsi in order to get to know the culture of the Old Believers and to live in their homes for a few days, surrounded by their culture. Altroff stated that when it comes to strangers, national minorities are often protective of their culture in order to preserve it. In order to be able to explore a foreign culture, we have to be considerate, empathic and friendly towards it. The more aware people are of different ethnic groups, the greater the harmony in which we can all live together.

It is impossible to plan creation, because creation is like nature and always seems to have the upper hand, said Rawdna Carita Eira, a Sámi poet and playwright. Lapland requires people to adapt to it – you take what you are given instead of taking what you want. Rich in natural resources, Lapland is of great worth to the countries where it is located, but Sámi culture is closely intertwined with notions of land, water and air. To sing about something or someone in the Sámi language is to describe everything in its entirety. Sámi people do not live in a closed society. They welcome visitors and work together with other cultures. These people, who have historically been repressed, are now reaching out to others through different art forms so as not to be forgotten.

Poets Chriman Karim and Juha Kulmala, who participated in the Finnish Poetry Stage project, and Marja Mäenpää, the project’s manager, agreed that translating poetry reveals that all poets deal with topics such as love, sadness and nature, regardless of where they live.

Azar Mahloujian was one of the supporters of the revolution in Iran. She worked in a library and was a respected member of society. When she came to Sweden in 1982 she suddenly became a nobody. Her education and work experiences seemed to mean nothing at all. It was as if she were a helpless child. But now she is free. She has proven her worth and rebuilt herself, so to speak. She now lives without censorship.

Anne-Ly Reimaa, the deputy secretary general for Cultural Diversity with the Estonian Ministry of Culture, said that common fictional characters bring people from different cultural backgrounds closer together and help them communicate with one another. This is why the Ministry of Culture supports the extensive translation of Estonian children’s literature.