Creative Entrepreneurship Academy 2017: Should changes in eGovernance go hand in hand with the redevelopment of the whole government model? 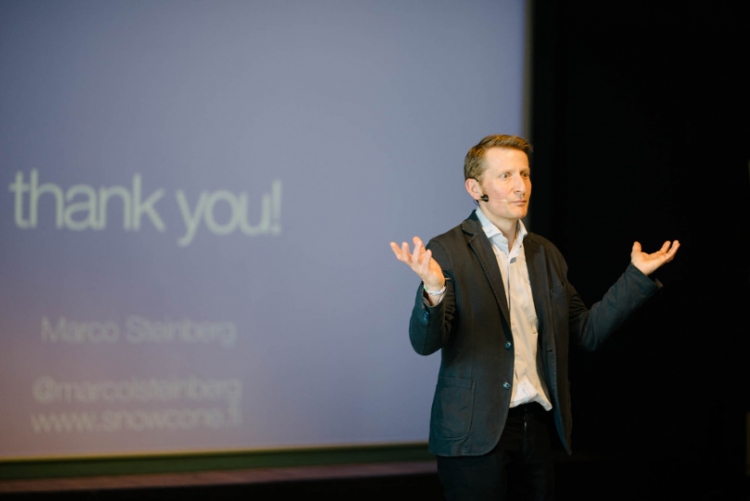 The Creative Entrepreneurship Academy (CEA) was held in Tallinn from 19 to 25 May and this year, it focused on eGovernance and the creation of innovative e-services and e-products in e-governance. This is a hot topic in the Estonia, known as the ‘e-tiger’, and the Nordic countries alike, and both have a lot to learn from each other. The Academy consisted of a seminar, hackathon, boot camp and presentation of ideas for e-solutions to investors.

The possibilities of using the existing data better in the creation of public sector e-services was discussed at the seminar held on 19 May. Speakers from both Estonia and the Nordic countries presented their ideas (read more about the speakers at www.cea.ee).

Open data are mentioned more and more often when eGovernance is discussed and they are also related to MyData or the issue of how users could receive personalised services. Antti Poikola (Open Knowledge Finland) argues that public services could also be more personalised – for example, when a person’s passport expires, the state could issue them a new one without the applicant having to waste time on long and tedious queues. The second example brought by Poikola was the MoveHelper concept, which could immediately offer a person who moves from one district of Helsinki to another information about nursery schools, gyms and other services in the new region. Poikola also pointed out that the question of people’s control of their data is raised increasingly more often – which providers of products and services do I allow to use my data and why?

Marco Steinberg (Snowcone, Finland) is a world-renowned expert in design thinking. At the Academy’s seminar, he presented the idea that innovative eGovernance should go hand in hand with changes in the model of the government. According to Steinberg, the public sector has followed the linear ‘plan, implement, change’ model of public sector government until today, as it is in line with the understanding that the world is predicable. In Steinberg’s opinion, however, we are now living in a world that is a lot less clear and should therefore be using a new model of government – plan, implement and change at the same time. The public sector is also characterised by the constant opposition between politicians, public servants and citizens. For example, all levels of government have a clear process for filing complaints, but there should also be a good, simple and convenient way for citizens to present their good ideas for improving the situation. Politicians could also make more informed decisions in the light of ideas and information moving from the bottom to the top.

Tanja Lahti (Finland) spoke about the IT solutions that have been created in relation to Helsinki. Everything started with the Helsinki Infoshare project of 2013, with which the city gave large amounts of data in public use, which allows people to create new and interesting e-services. Approximately 900 IT solutions have been created as a result of this. These services can be used free of charge, as they were created using data collected for taxpayers’ money. For example, there is an application that can be used to quickly book and use premises and equipment belonging to the City of Helsinki. You’d like to try a sport, but don’t have the equipment? You’d like to try producing something, but don’t have the tools? You need to hold a meeting, but don’t have a meeting room? www.varaamo.hel.fi is the site that helps people with entrepreneurial spirit realise their plans with the help of the City of Helsinki. Many solutions are tested in the Kalasatama district, which has been nicknamed Smart Kalasatama.

Myrsini Glinos (Sweden) introduced an initiative called eGovlab, which also focuses on using the data collected from the population for the creation of a smarter urban environment. Hackathons are organised to find and develop brilliant ideas.

PSII was the winner at the hackathon and idea presentation Latitude59

The Open & Big Data Hackathon was held jointly with Garage48 and the participants also worked on solutions related to eGovernance. The Creative Entrepreneurship Academy gave out its awards. The first prize and the possibility to present their ideas to investors at the Latitude59 technology conference went to PSII (Personal Sensitive Identifiable Information), whose goal is to find sensitive personal information from public document registers and thereby help the state handle the data of its citizens more carefully. In the light of the impending amendments to European Union directives, this is also a subject that will become important for all Member States. PSII was also successful at Latitude59, where the team’s idea was also declared the best by the investors. The second prize of the Creative Entrepreneurship Academy at the Garage48 hackathon went the team called Smart Mobility, whose idea will improve the planning of road construction, traffic, etc., in cities.

After the hackathon (and before Latitude59), everyone who attended the Academy has the opportunity to polish their business models in the boot camp under the guidance of mentors Markko Karu, Juko-Mart Kõlar and Gleb Maltsev.

We hope that the participants found some inspiration, new knowledge and good contacts at the Academy!