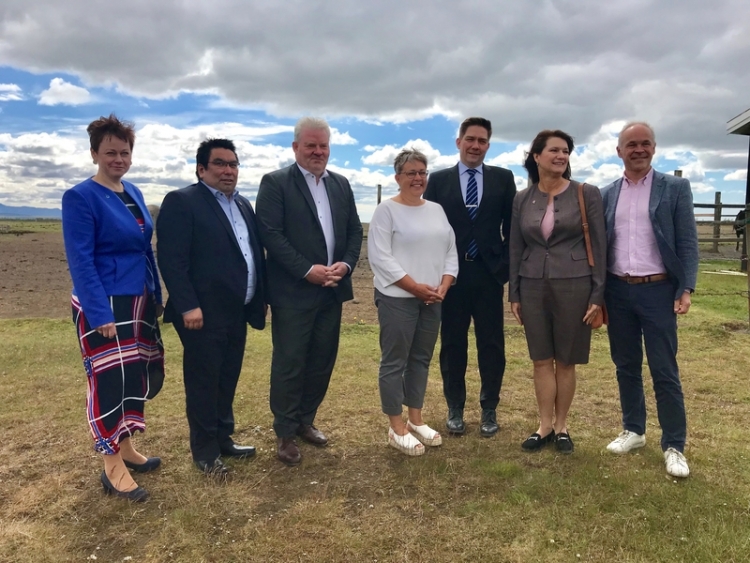 The Ministers for Nordic Co-operation have outlined their vision for the next decade. The most important objectives are to make the Nordic Region a global leader on the climate and sustainability and an even more integrated region than it is at present. The draft vision will now be submitted to the prime ministers, who have the final say on the Nordic Council of Ministers’ priorities.

A sustainable and integrated Nordic Region

“I am delighted with the outcome,” said Sigurður Ingi Jóhannsson (Iceland), who chaired the meeting. “Right from the outset, we agreed that we wanted a clear and ambitious vision. We have that now,” he added.

The goal is to make the Nordic Region the most sustainable and integrated region in the world within a decade.

“Our vision is based on Nordic characteristics and strengths, as well as on what we know that the people of the Region expect from our co-operation,” the minister stressed.

The vision will guide our work and budget

The Secretary General of the Nordic Council of Ministers, Paula Lehtomäki, describes the vision as the overarching document for Nordic co-operation.

“The vision and the strategic priorities underpinning it will impact on everything we do in the next few years, including on our budget, of course,” she said.

The Secretary General also noted that the clarity of the priorities will facilitate the work.

“It is good to know exactly where the countries want us to focus our energies.”

Strategic priorities for the next four years

Once the prime ministers have finalised the document, all eleven ministerial councils will be asked to outline objectives and activities designed to achieve the ambitions formulated in the vision and strategic priorities.

The priorities set now will guide work on Nordic co-operation for the next four years.

Denmark, which has just had a general election, insisted on inserting a proviso to the decision because its new government has not yet been formed.