Overview of the Nordic-Baltic Energy Conference by Johan Vetlesen 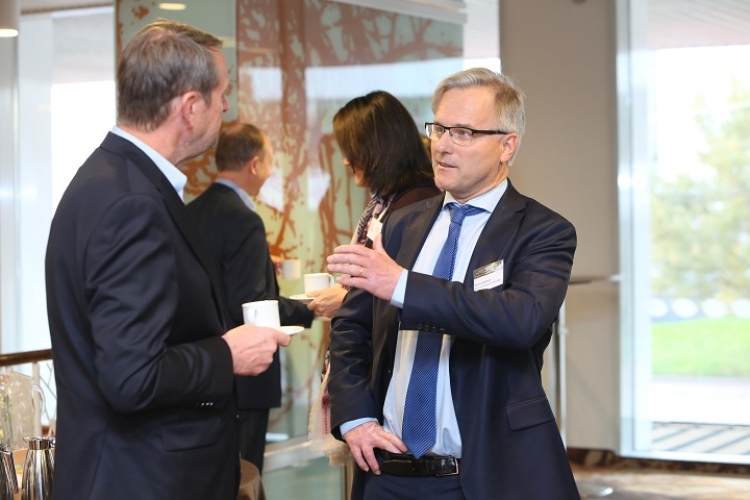 On October 24 – 25, once again, the Nordic-Baltic Energy Conference took place in Tallinn, at the Nordic Hotel forum. Here are the thoughts and conclusions on the conference by one of the organisers, Johan Vetlesen, deputy director general at Ministry of Energy and Petroleum (Norway) and member of the Nordic Council of Ministers Senior Energy Officials Committee.

The Nordic Baltic (NB8) energy conference in Tallinn was visited by more than 150 participants from around 15 countries. The Nordics and the Baltics are in a very dynamic energy policy context at EU and European level. The Clean Energy for all Europeans package is under implementation and there will be a new Commission soon in place. The so–called Governance regulation requires regional consultations with neighbouring countries. The conference was consequently a concrete response to this, including governments, businesses and relevant organizations.

At the conference, a wide range of speakers addressed how governments and businesses in the Nordic and Baltic countries currently respond, but also implement policies and strategies in the energy and climate field. Having in mind that it was not possible to cover all aspects of the EU Energy Union in one and a half day.

In the policy session, there were very good keynote speeches from Aad van Bohemen (IEA) and Dolf Gielen (IRENA) on the European and global perspectives. IEA was very explicit to state that Europe is taking the lead in the energy sector to reach the Paris goals, and the Nordic countries are in the forefront within Europe. IEA added that learning curves were going fast down on wind energy and solar energy. At the same time energy demands have grown in the fastest pace. Also, there is a need to accelerate clean energy transition, due to CO2 emissions.

Information presented from IRENA also confirmed this in a convincing way. Dolf Gielen pointed at the challenges of integrating variable renewables into the electricity system and added that the "greening" of gas systems with hydrogen and biogas was a challenge for the next years.

Vasco Ferreirra (DG Energy) gave a detailed picture of the current activities of the DG Energy on the NECP, also the designing of plans, their judgement from last summer in the Communication, together with the recommendations submitted to member states.

There was a "chapeau" of communication from this summer and specific recommendations were given to each 28 member states of the EU on how they could contribute to GHG target reduction of 40 percent (-45 percent) in 2030; 32,5 percent collective target of renewable energy in 2030, and 32,0 percent collective energy efficiency improvement in 2030. DG Energy said that regional cooperation was the key to collectively achieve the EU the targets. Joint regional chapters in NECPs were welcome.

The macro overview from these organizations showed clearly that the Nordics and Baltics are quite far ahead in developing policies and strategies within both, the Energy Union of the EU and globally. In short, they all score high on the Governance dimensions.

A new Commission is preparing their initiatives

Jean Arnold Vinois from the Jaques Delors Institute reflected over what the Green New Deal could imply for the Nordics and the Baltics. He emphasised that the first 100 days of the new EU Commission will be crucial.

The panel of the six EU member states government representatives also confirmed that work on implementation and drafting of NECPs is well underway. Sweden, Denmark, Lithuania, Estonia, Finland and Latvia were sharing insights and gave a very good status on their work with NECPs and their work with the Commission.

It is becoming more and more important to have an overview of technology scenarios and drivers in the future energy system. We have seen promising development in technologies of offshore wind and solar energy under rapid deployment. Presentations from individual business cases on offshore wind (Equinor), bioenergy in Latvia (Fortum Latvia) and from Estonian PV solar company gave a good overview, but confirmed the future prospects and development of renewables in the region as well. They also confirmed that costs are going down at an unprecedented pace.

A report on the back-to-back Baltic Carbon Forum CCS conference (22-23rd October) was presented by Ms. Ombudstvedt as there is an increased interest in CCUS technologies. Mette Quinn from DG Climate expressed that EU would not reach its objectives on climate gas reductions without CCS. In the same field, Mr. Sigfusson presented a solution with the very interesting Carbfix project where the aim is to turn CO2 into stone formations.

The focus was also put on energy infrastructure, market design and security of electricity supply. We should bear in mind that, cooperation between the TSO both on the Nordic and Baltic side is vital.

A broad update was given on the EU targets and policy tools by Mette Quinn from DG Climate and a policy dialogue panel was set up with politicians from the Nordic and Baltic side. This was a very fruitful and lively discussion on the energy challenges seen from the parliamentarians.

We heard from Litgrid that the main issue for the Baltics is desynchronization from the UPS/IPS system, but 2025 as a target for this is still within reach as new interconnections will be built to Poland, according to Mr. Varanavicius from Litgrid.

Presentations from the conference can be found HERE.

Pictures of the event can be found HERE.