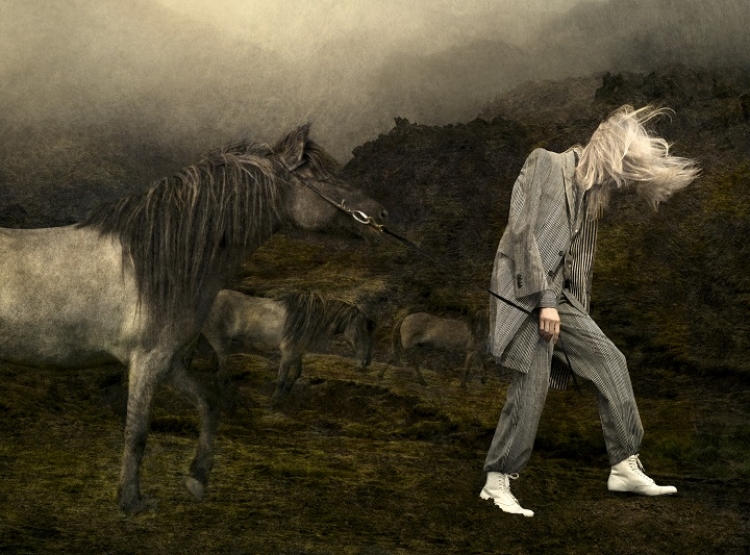 Event is cancelled because of flight cancellations due to bad weather conditions on Iceland.

On December 11th at 17.00 Icelandic designer Guðmundur Jörundsson will give a public lecture at the Estonian Museum of Applied Art and Design.

Guðmundur Jörundsson (born 1987 in Reykjavík, Iceland) is an Icelandic fashion designer known for being the creative director and head designer for Icelandic menswear brand Kormákur & Skjöldur. Jörundsson graduated from the Iceland Academy of the Arts in 2011 and quickly rose to be one of the main names in Icelandic menswear fashion. In October 2012, Jörundsson launched his own label JÖR by GUÐMUNDUR JÖRUNDSSON while remaining as creative director for Kormákur & Skjöldur.

Jörundsson lives in Reykjavik but comes from a fisherman's family in southern Iceland. His heritage can be seen by the appreciation of high-quality materials, details and traditions in his design. Classical tailor-making and its rethinking has been an important part of his creation, adapting it to the traditional modern language. Jörundsson´s favourite part of the creative process is creating the concept behind the collection. In addition to materials and details, the shifted beauty and charisma, and the artist's bold and original vision, which appear in the photos of the collection, are important. According to Jörundsson, Iceland's small fashion market is less affected by general trends than elsewhere in the Nordic countries. This gives designers greater creative freedom. His creations have been sharp and provocative, for example, the Autumn 2014 collection was inspired by wealth, aristocrats and heroin addicts.

At the Weather Diaries exhibition, Guðmundur Jörundsson's work is represented by installations and a series of photos staged by curators Cooper & Gorfer.

The public programme is organised by the Estonian Museum of Applied Art and Design together with the Nordic Council of Ministers’ Office in Estonia in co-operation with TheNordics.

The public programme is open to all interested; entrance is with a museum ticket.

The exhibition “The Weather Diaries” will be on view from September 29 until January 5, 2020, at the Estonian Museum of Applied Art and Design (Lai 17, Tallinn). The exhibition will showcase fashion artworks designed by artists from Iceland, Greenland and Faroe Islands, who have been inspired by the unique Nordic landscapes and harsh weather conditions.