ETV2 will show the best of recent Nordic cinema in August 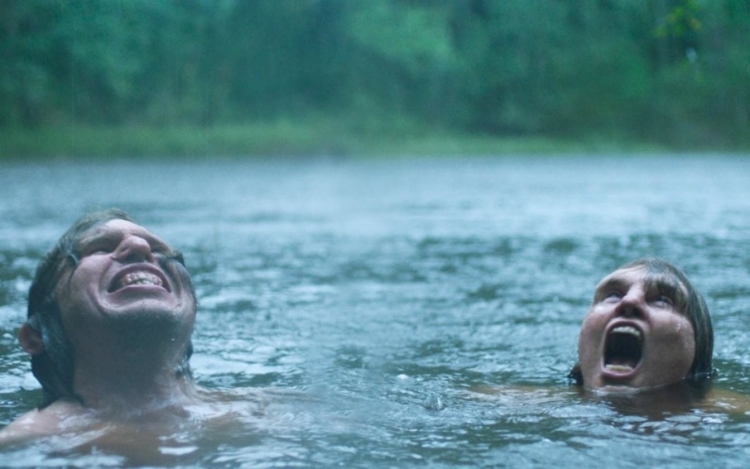 This August, ETV2 is showcasing the art of Nordic cinema, bringing outstanding films from Finland, Sweden, Denmark and Norway to viewers each Wednesday. The films have won a variety of awards and have generated a great deal of discussion among cinema-goers and critics alike.

Director Jukka-Pekka Valkeapää’s 2019 film is an occasionally shocking and violent, but at the same time warm and very human tale of grief, overcoming it and unexpected therapy for the soul, as well as an unpredictable love story given a typically Finnish twist of [pitch] black comedy. Dogs Don’t Wear Pants was nominated for a total of nine film awards in Finland.

The second film, making its television premiere on Wednesday 12 August, is Denmark’s The Guilty (Den skyldige). This thriller from director Gustav Möller focuses on emergency services call handler Asger Holm (Jakob Cedergren), who in the last few minutes of his shift takes a call from a woman who has been abducted. When the call is cut off, the search begins for the woman and her abductors. For the former police officer, this means a race against time in which his telephone is his only recourse. The Guilty won seven Danish film awards in 2019.

Nordic Film Month then continues on 19 August with the Norwegian film Out Stealing Horses (Ut og stjæle hester). Based on the novel of the same name by Per Petterson, one of the best-known Norwegian writers of recent years, this 2019 film is set two decades earlier: in 1999, 67-year-old Trond (Stellan Skarsgård) comes face to face with his past when he learns that his new neighbour is Lars (Bjørn Floberg) – a man he first met as long ago as 1948. That was the summer in which Trond turned 15 and his life changed forever. Like the novel, director Hans Petter Moland’s film has proven a huge success, winning five Norwegian film awards and being nominated for a total of 10.

ETV2’s month-long celebration of Nordic cinema will come to a close on 26 August with Sweden’s Border (Gräns). Winner of the Swedish equivalent of the Best Film Oscar in 2019, Border centres around an unusual-looking customs officer by the name of Tina (Eva Melander), who has a curious ability to sniff out emotions. When a man called Vore (Eero Milonoff), who has the same disconcerting appearance, appears at the customs point one day, Tina starts down the path of discovering her true identity.

Director Ali Abbas’ unique film interweaves Nordic mythology, fantasy and romance and has gained a great deal of attention around the world as a result. Border won the Un Certain Regard award at the Cannes film festival in May 2018, took home six Swedish film awards (having been nominated for a further three) in January 2019 and, less than a month later, vied for the Best Makeup and Hairstyling Oscar at the 91st Academy Awards in Hollywood.

The films are being brought to ETV2 screens at 21:30 each Wednesday night in cooperation with the Nordic embassies in Estonia, the Nordic Council of Ministers’ Office in Estonia and the Cultural Institutes of Finland and Denmark.