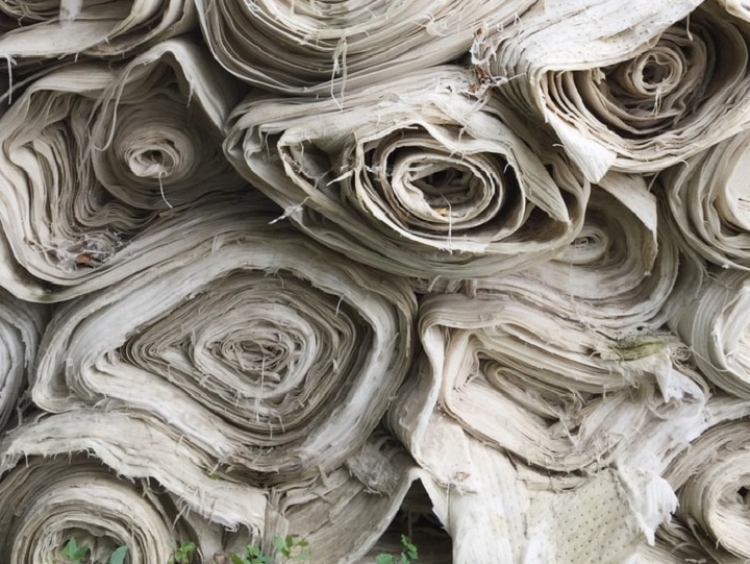 The Baltic states have potential to create a circular textile system together with Nordic countries, a new study concludes, but significant action is needed by policymakers and industry stakeholders if this potential is to be realized. The study was carried out by PlanMiljø in Denmark, SEI Tallinn in Estonia, Green Liberty in Latvia as well as Textale and KTU APINI in Lithuania, and funded by the Nordic Council of Ministers.

The Baltic states have a good starting point for integrating more circularity into the clothing and textile industry. Consumption levels of new textiles are significantly lower than, for example, in the Nordic countries and the purchase of second-hand clothing is an established element of household consumption. Second-hand textiles make up 29% of total consumption in Latvia and Lithuania and 16% in Estonia.

Moreover, the region has significant sorting and processing facilities for used textiles with a focus on reuse that, with the right incentives and political will, could be developed to also process non-reusable textiles for emerging recycling markets. The Baltic states import over 90,000 tonnes of used textiles per year, which are processed for reuse both in the Baltics and in export markets. Up to one quarter of these imports come from the Nordic countries. As such, the Baltic region is an important element in the circular economy of Nordic textiles. However, the collection of used textiles from households in the Baltic region is underdeveloped.

By 2025 all EU member states will be obliged to separately collect used household textiles for reuse or recycling, and this applies also for Estonia, Latvia and Lithuania.

“There was little knowledge of what happens to used textiles in the Baltics. Developing such knowledge was an essential first step in meeting the 2025 requirement. We also wanted to go some steps further and engage stakeholders in developing circular textile systems.”
— Dr. Kerli Kant Hvass, project initiator and expert

PlanMiljø was included in the project to ensure the transfer of Nordic know-how and experiences. “Collection infrastructure in the Baltic countries is at a less developed stage than in the Nordics,” said David Watson from PlanMiljø, “on the other hand, the lower costs of labour, large scale processing facilities for imported used textiles and the skilled workforce present many of the necessary ingredients for a significant circular textile economy.”

30% of purchased new textiles in Estonia are collected separately when they are no longer wished for, comparable with Nordic collection rates. Collection rates are significantly lower in Lithuania and Latvia at 11% and 5%, respectively. Moreover, around half of separately collected used clothes and textiles in the Baltic states end up among mixed waste or in incinerators.SEI Tallinn’s expert Kristiina Martin, who led the research, said that this is a problem for the whole region.

“Landfilling and incineration is a result of a lack of recycling capacity in the Baltics. Therefore, it is crucial that we start developing and investing in new recycling solutions and that we do this in cooperation with the other Baltic states and make use of the knowledge and experience of the Nordic countries. ”
— Kristiina Martin, research leader and expert, Stockholm Environment Institute in Tallinn, Estonia

Dace Akule from Green Liberty in Latvia added that although the Baltics face many challenges in the textile reuse sector, there is also great potential. “What we learned during the research process is that Latvia has the least separate collection of used textiles out of the three Baltic states. However, there is also great potential for remaking and redesigning clothes or using non-reusable clothes as material for new clothing. A number of start-ups and companies like Reet Aus in Estonia or Zīle in Latvia are already doing this.”

In fact, the Baltic states hold the potential to become a serious player in the wider European circular textile eco-system. Viktorija Nausėdė, Founder of Textale noted that: “Lithuania leads Europe in the import of used textiles per capita, but we still have limited solutions for the growing share of non-reusable textiles that are imported and also those that are locally collected. Much cannot be recycled due to technical limitations. Building automated textile waste sorting plants and modern recycling plants would offer the region new business opportunities and make Lithuania, and the Baltic region, a really important link for the circular economy of used textiles in Europe.“

In order to support the development of a circular textile system in the Baltics, there is an urgent need for clear policy goals with supporting measures and to encourage further development of separate collection and the reuse and recycling of used clothes and textiles as opposed to the current practice of landfilling and incineration. Considerations for new policy goals and supporting instruments were proposed in the study.

The research study was led by SEI Tallinn and carried out in the framework of the project Towards a Nordic-Baltic circular textile system. The report “Post-consumer textile circularity in the Baltic countries” is available on the Nordic Council of Minister´s website.

Read the report “Post-consumer textile circularity in the Baltic countries”

Read the report about Estonian post-consumer textile flows (in Estonian).