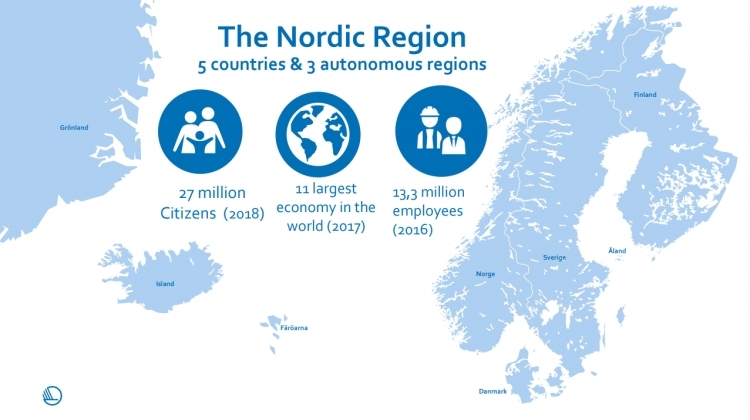 The final panel of the 8th Nordic-Baltic migration conference discussed both the general and COVID-related challenges affecting cross-border cooperation and the freedom of people and companies to operate in the Nordic countries.

Olle Järv, a migration researcher with Estonian roots, spoke about transnationals – people who frequently cross borders as part of their day-to-day activities. He says that policy-shapers have too little knowledge of such practices and cross-border identities. This is a field of research of which greater awareness would open up people’s understanding of this section of the population and the positive impact they can have on border regions and countries as a whole.

Taking cross-border movement into consideration from the point of the view of the individual in designing public administration and in the spatial planning of border regions is something to which more attention needs to be turned. Different types of big data, such as the use of mobile communications and social media data sets, are of help in investigating this phenomenon. For example, big data can reveal to us how people move around, what languages they use and who they interact with. We can also find out whether they are integrated into society. When planning studies, however, privacy issues and ethical matters linked to the topic need to be taken into account. The initial findings obtained from big data reassure researchers that there is something to be gained from the use of such data sets. More specific studies are contributing to cross-border cooperation and spatial planning in a completely new way.

Another panellist, Uffe Palludan from Denmark, spoke about the construction of the Øresund Bridge and the impact it has had on the region connecting the Swedish city of Malmö and the Danish capital Copenhagen. He says that in their cooperation and planning of physical connections, Estonia and Finland have a lot to learn from the decades of experience of the Danes and the Swedes. The Øresund Bridge was built with a vision of creating one linked city: a region that would benefit both financially and socially from being connected. There were no drastic changes as soon as the bridge opened in 2000, but over the years the importance of the region to the economies of both countries has grown significantly. The same can be said of the cross-border mobility of the Danes and Swedes living in the region. However, border controls have been temporarily reintroduced since and as a result of the migration crisis in 2015, and combined with the ongoing pandemic, the level of uncertainty among transnationals in the region has risen rapidly. Political attention needs to be turned to the issue and sensible decisions need to be made that support the restoration and further growth of cross-border activity.

All of the experts who took part in the panel agreed that there is too little political cooperation in the Nordic countries to make the most of the potential of cross-border movement. Nor is there any long-term vision or understanding of what the countries want to achieve by working together. Jonas Wendel says that people have nevertheless started placing more importance on regional cooperation in recent years. During the 1990s, little if any significance was attached to the regional perspective in Finland and Sweden: integration at the European Union level was considered far more important. However, more recent years have seen a strengthening in cooperation with neighbours in uncertain times, for a number of reasons, and he feels that these partnerships are likely to strengthen further.

As part of the panel, Rolle Alho from the University of Helsinki introduced a new migration-themed anthology titled ‘Mobility, migration and transnational connections between Estonia and Finland’. Compiled by 19 researchers from the two countries, the book was published simultaneously in Finnish and Estonian and primarily analyses issues related to migration between the Baltic neighbours.

Report ‘Mobility, migration and transnational connections between Estonia and Finland’