Baltic Assembly and Nordic Council stand by the people of Belarus 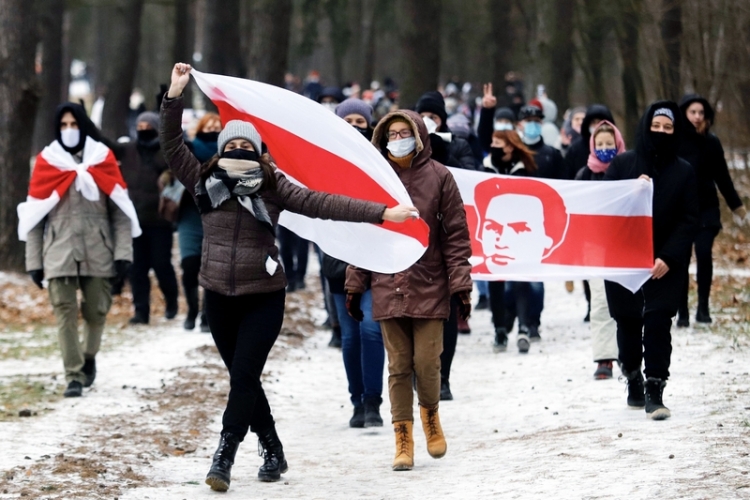 The Annual Summit between the Presidiums of the Baltic Assembly and Nordic Council, held digitally on the 14th of December 2020, was dedicated to a highly topical issue – the situation in Belarus. During the summit it was made clear that the Baltic and Nordic parliamentary cooperation support the people of Belarus in their aspiration for freedom, democracy, rule of law and civil society, and plurality of information.

The Baltic and Nordic states, as free and democratic countries, understand and fully support the people of Belarus in their struggle, and therefore, stand united in condemning violence committed in Belarus.

During the Annual Summit, the representatives of three human rights organisations; International Media Support, Civil Rights Defenders and Human Rights House Foundation as well as experts on Belarus from ministries of foreign affairs shared their knowledge on the situation in Belarus.

Important to keep Belarus high on the agenda

The human rights organisations expressed their gratitude for the support from both the Nordic and the Baltic countries, but they also emphasized the importance of keeping the situation in Belarus high on the international agenda. They pointed out that there is further need for solidarity with the opposition and further sanctions against the regime, in particular economic sanctions, as the Belarusian regime is highly dependent of financial resources to stay in power.

Experts highlighted that the situation in Belarus cannot become the “new normal”, therefore it is important to provide the people of Belarus with direct and indirect support. They also pointed out the significance of further economic sanctions, support for independent media, scholarships for students from Belarus and flexible issuing of national visas for the people of Belarus.

Belarus must remain a priority

The President of the Baltic Assembly prof Aadu Must emphasized that: “Baltic people, probably more recently than others, remember what a fight for freedom and democracy means. We strongly support our Belarusian neighbours in their aspirations to be able to define the future of their country on their own terms and without the fear of repression.”

The President of the Nordic Council Silja Dögg Gunnarsdóttir: “The Baltic Assembly and the Nordic Council have a long and proud history of cooperation on several issues. Together we represent parliamentarians from eight countries and three self-governing areas. Today’s meeting sends a clear signal that we will continue to show our unwavering support for the people of Belarus in their fight for democracy.”

The Baltic Assembly and the Nordic Council accentuated that the situation in Belarus must remain a priority and high on the political agenda of any democratic country. The two organisations consider values of democracy, freedom and human rights fundamentally important.