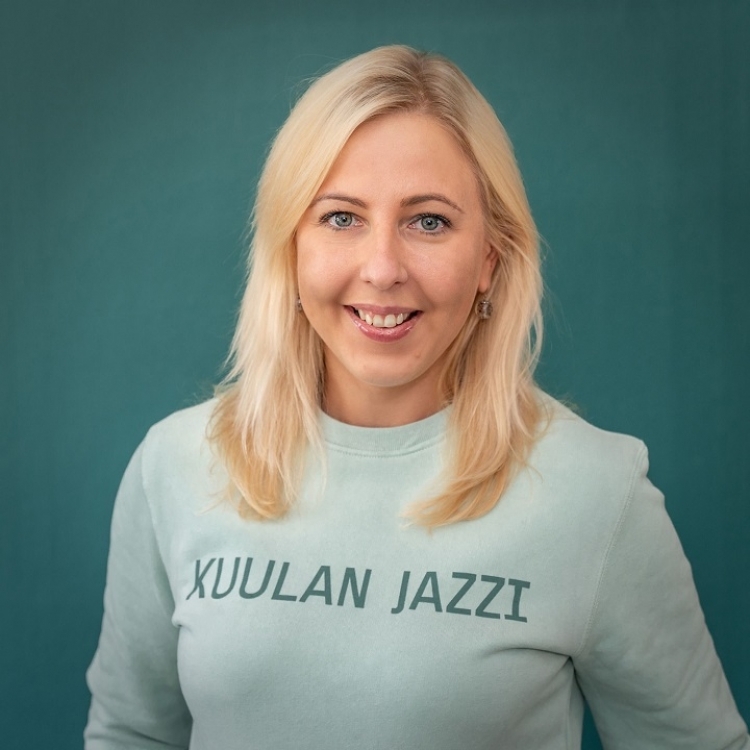 Joining the Nordic Council of Ministers’ Office in Estonia as its new communications adviser on 25 January 2021 was Kertu Kärk, who comes to the office from the position of head of communications at the Information System Authority.

“I’ve been following what’s been going on in the Nordic Council of Ministers for a couple of years now, and the kinds of things the council deals with are really close to my heart,” Kertu explains. “I feel a real connection to Nordic values and want to do what I can to help promote them. Gender equality and support for both culture and the creative industry are particularly important to me.”

Kertu adds that we are living in complicated times in which the importance of communication is constantly growing. “I want to contribute whatever I can to ensuring that information about what the Nordic Council of Ministers is doing reaches the target groups it needs to despite the restrictions there are at the moment on our ability to interact,” she says. “I also want more Estonians to be aware of what the council is and what it does.”

During her career, Kertu has overseen internal communication in a production company, been the point of contact for foreign clients in a translation agency, organised open days on farms, marketed Estonian food and explored the world of communication for digital services and cybersecurity. She was also responsible for coordinating all communication during Estonian’s presidency of the Council of the European Union. “I’ve done quite a few jobs where ‘international’ has been a keyword, so I’m thrilled to finally have the chance to get to know the Nordic countries better as well,” Kertu says.

Kertu has a Master’s degree in Communication Management from Tallinn University. Her final thesis focussed on the role of managers’ communication in shaping the social capital of an organisation. Besides communication, she also loves culture: she has volunteered at the Black Nights Film Festival, Tallinn Music Week and Jazzkaar and she attends concerts and goes to see plays as often as she can. “I have three girls, two cats, one dog and one rabbit, so if I ever do get a moment to myself, I love doing handicrafts, reading and watching films and TV shows,” Kertu reveals.

Founded in 1971, the Nordic Council of Ministers is the official inter-governmental body for cooperation in the Nordic region. It opened its office in Estonia in spring 1991. The office brings together politicians, experts, officials and others from the Nordic countries, Estonia and the other Baltic States in areas of mutual interest: the green and creative economies, science and innovation, social welfare and culture. Its aim is to boost the competitiveness of the Nordic-Baltic region on the global stage by creating and supporting cooperation networks.