Opportunities for cooperation between officials, NGOs and creative industry representatives in the Nordic countries showcased 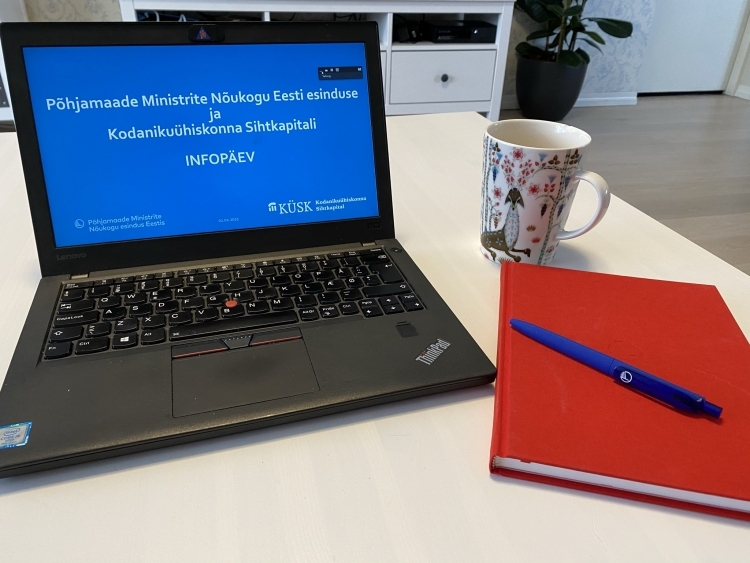 In association with the ‘Europe for Citizens’ programme, the Estonian office of the Nordic Council of Ministers (NCM) held an information day on 1 February showcasing the support available for cooperation with the Nordic countries among the public sector, non-profit organisations and the sphere of culture.

Last year saw the wording of ‘Vision 2030’, which is designed to assist the Nordic countries in facing the challenges that lie ahead of them. Projects supported via support programmes must reflect the strategic priorities of this vision, promoting society’s transition to a sustainable economic model and working towards carbon neutrality and a sustainable circular and bioeconomy; environmentally friendly economic growth with the help of knowledge, innovation, mobility and digital integration; and inclusive, equal and interconnected regions marked out by well-being, shared values and extensive exchange of culture.

“This year is a special one for us, since the NCM is marking its 50th anniversary and our office its 30th anniversary,” explained Christer Haglund, the director of the Estonian office of the NCM, in his opening address at the information day event. “When Estonia regained its independence, we did our bit to help build up the agencies and institutions the country needed, but cooperation between Estonia and the Nordic countries these days is on much more equal terms. One of the biggest interests we share is fostering cooperation in fields we’re both interested in, so as to ensure the stability and sustainable development of the Baltic Sea region.”

The next speaker at the event was Madis Kanarbik, an adviser with the Estonian office of the NCM, who talked about the Nordic and Baltic Public Administration Mobility Programme, which is aimed at public-sector workers for exchanging knowledge and experience, developing cooperation networks and efficient working methods and boosting the global competitiveness of the Baltic Sea region. In order to qualify for support, partners from at least three Nordic and Baltic countries must be involved in a project. The support granted will cover up to 60% of the project’s budget. Applications are open until 30 March 2021.

Fellow adviser Merle Kuusk then spoke about the Nordic Council Of Ministers’ Support Program for Non-Governmental Organisations, which is aimed at non-governmental organisations operating in Estonia in the public interest (i.e. NPOs and foundations) and which supports Nordic-Baltic cooperation projects that are necessary and beneficial to both sides. The support covers such aspects as establishing a network, participating in seminars, study trips and training and conducting research projects. In order to qualify for the support, partners from at least three Nordic and Baltic countries must be involved in a project.

Kuusk also talked about funding programme for NGO co-operation in the Baltic Sea Region, which is designed to strengthen civic society and boost the capabilities of NGOs in North-Western Russia and Belarus. The support is managed by the NCM secretariat in Copenhagen and via the Nordic Organisations’ and Institutions’ Mobility programme (NOIM). Applications can be lodged with NOIM at any time: there are no deadlines. The support is aimed at Estonian officials and representatives of NGOs in order for them to learn more about the offices and cooperative organisations run by the NCM and to generate and boost cooperation among them.

Last to speak at the event was adviser Grete Kodi, who talked about the Nordic and Baltic Culture Mobility Programme, which is aimed at people active in the creative industry and creative collectives of up to six people, such as artists, writers, translators, curators and editors and producers of cultural content. As part of the programme, applications can be lodged for travel support for those working in the creative industry so as to promote further cooperation between artists in the Nordic-Baltic region; for cooperation network support to broaden circles of contacts and to exchange knowledge and experience; and for creative residency support for studios and workshops to invite guest artists and cultural figures and create a working space for them.

More information about the support programmes showcased as part of the information day can be found on our website.

The presentations made at the event can be viewed on the YouTube channel of the NCM in Estonia (videos are in Estonian).