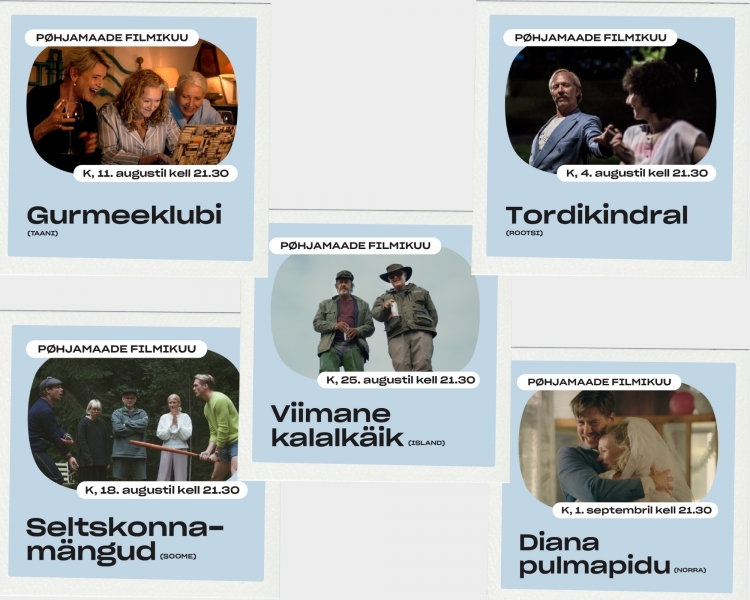 Five Wednesdays and five comedy pearls - ETV2's Nordic Film Month, which starts on August 4, will bring feelgood films from Sweden, Denmark, Finland, Iceland and Norway. All films will be shown on TV for the first time, and many of the films Estonian audiences have not even seen in cinemas.

The Nordic Film Month is taking place  in co-operation with ETV2, the Nordic Council of Ministers' Office in Estonia (NCM) and the embassies of Norway, Finland, Denmark and Sweden in Estonia.

According to the NCM cultural adviser Andra Heinat, the project is a continuation of last year's successful film month: "It tends to be so, that when people think about Nordic films, TV- series or books, the first thing that comes to mind is Nordic noir- gloomy murder stories, dark subjects and broken people. With this years Nordic Film Month, we want to show the other and brighter side of Nordic creation. The comedies, which will be screened in August, are a pleasant and witty break to this difficult year."