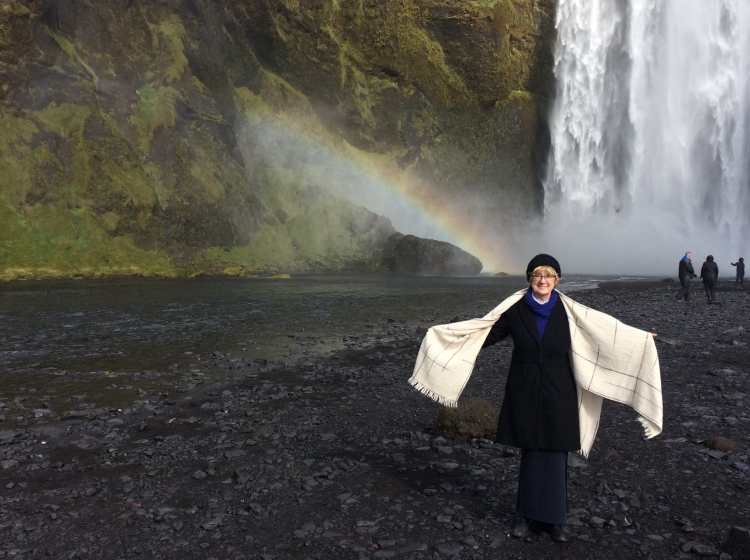 I sit here, at your desk. I can’t find the words. Any time a speech needed to be made, you gave it. You spoke from the heart, effortlessly. You always knew what to say. Once, you said we were like an orchestra. It’ll take us a while to learn how to play without you.

It is with great sadness, but also great fondness, that we remember the life of our beloved colleague, friend and kindred spirit Eha Vain.

Much of Eha’s life was linked to the Nordic countries. She joined the Nordic Council of Ministers’ Office in Estonia in spring 1991, dedicating herself to the promotion of Nordic cooperation in the country until her retirement in autumn 2020. She did great and highly visible work to foster relations between Estonia and the Nordic countries and made a significant contribution to the shaping of our shared cultural space. Whenever Eha saw or read a work by a Nordic author or watched or heard a song or performance by a Nordic musician she was drawn to, she always found a way of making it more widely known in Estonia. Thanks to her, creative figures in the country gained new contacts and joint initiatives were launched – cultural bridges of all shapes and sizes.

A number of major events showcasing Nordic culture and values which have gone on to become traditional fixtures came about because of Eha’s tireless enthusiasm and leadership. One of the most eminent was the Nordic Poetry Festival, which ran from the 1990s to the early 2000s and which attracted dozens of renowned poets and translators from Estonia and the Nordic countries. It has since spawned the literary festival HeadRead. At the same time, the Nordic Film Festival which Eha originated has evolved into Black Nights – now one of the world’s most prestigious film festivals.

In addition to organising cultural events, Eha herself brought the works of many Nordic authors to Estonian readers as a translator and publisher. For her services in fostering cultural ties between Estonia and Norway Eha was awarded a Norwegian state decoration (Den Kongelige Norske Fortjenstorden - Ridder av 1. klasse) in 2013 and a medal of the City of Tallinn in 2019. In recent years, Eha contributed a great deal to promoting Nordic culture and values in Narva and Ida-Viru County. Her invaluable work marked her out as one of the great champions of all things Nordic in Estonia and left an indelible mark on cultural life in her country.

Everyone here at the Nordic Council of Ministers will remember Eha as a generous and dedicated friend and colleague and as a vivacious and truly uplifting individual. She was the brightest of sparks: a caring person who inspired us all and who always had good and encouraging things to say about others.

Eha’s colleagues at Nordic embassies set great store by her ability not only to take the lead in joint undertakings in the field of culture, but to do so effectively and while getting everyone involved. They will always remember her for the incomparable leadership she displayed.

It was both a pleasure and an honour to know Eha and to work alongside her.

Our thoughts are with Eha’s family and friends at this most difficult of times.