Estonians set great store by cooperation with the Nordic countries 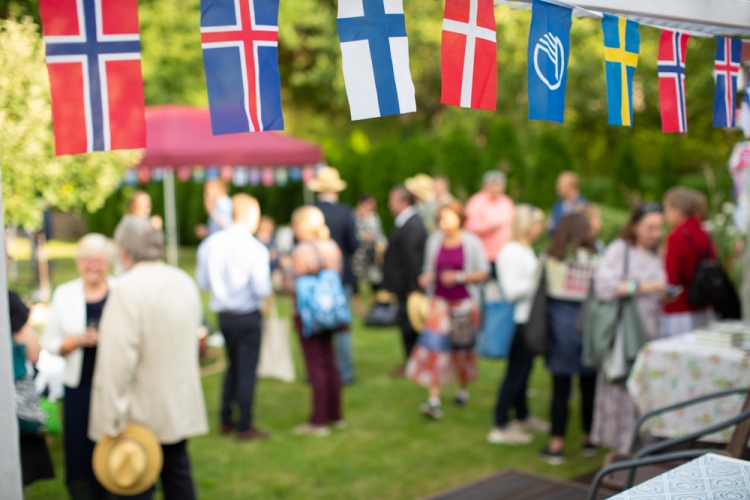 A survey conducted by Turu-uuringute AS in the Baltic States has revealed that residents of Estonia set great store by cooperation with the Nordic countries, with 90% of respondents considering it important or very important. Trade relations with the region are considered particularly important.

Similarly to the survey conducted in 2018, more than 80% of the respondents in all three Baltic States consider cooperation with the Nordic countries rather or very important. Estonian residents view such cooperation most positively, with 67% of respondents from the country considering it very important and a further 23% considering it important. One notable result of the survey was that the youngest age group (15-30) in Estonia and Latvia consider good cooperation slightly less important than others, while in Lithuania the lowest indicator in this regard was recorded among the 41-50 age group.

More than half of the residents of the Baltic States would like to learn more about the Nordic countries, wherein the Estonian results showed that there is an above-average level of interest in this regard among Estonians who speak Russian as their mother tongue and among the more highly educated. In Estonia, the greatest interest is shown in Nordic culture and education, tourism opportunities in the region and its economy.

“The results have given us plenty of food for thought in terms of the groups and areas we need to be focussing our attention on,” said Christer Haglund, the director of the Estonian office of the Nordic Council of Ministers (NCM). “It’s clear that we’ve reached a lot of people in Estonia in what we’ve done so far, but also that there’s a lot of work for us still to do where younger people are concerned.”

As in the previous survey, the fields of cooperation considered most important by residents of the three Baltic States are trade, tourism, education, research and culture. Young people from all three countries set greater store by education than other age groups.

Exchange of experience, trade and a boost to competitiveness continue to be seen as the greatest benefits of cooperation with the Nordic countries. A third of respondents also agree that the Baltic States are a stronger voice on the global stage when standing alongside their Nordic neighbours. Compared to their counterparts in Latvia and Lithuania, Estonian residents are more inclined to believe that the Nordic countries and Baltic States have the potential to become the world’s most integrated region. They also feel that Estonians can contribute to cooperation with the Nordics through the development of the IT sector and with digital services.

“Together we are stronger, which is our organisation’s motto, so I’m glad to see that people in the Baltic States feel the same way!” said Haglund. “It goes without saying that Estonia’s experience in developing digital services for the Nordic countries is invaluable, so hopefully we’ll be able to contribute even more to Estonian know-how finding its way into its northern neighbours. That’s the only way we’ll achieve our goal of the Nordic-Baltic region becoming one of the most integrated in the world.”

When asked to name negative aspects of the Nordic countries, almost half (44%) of Estonian respondents were unable to do so. The most common responses otherwise pertained to the region’s immigration policy, which is seen as being too open to refugees, and to bureaucracy and slowness in decision-making.

Asked which Nordic country they felt closest to, Estonians responded as expected: more than half named Finland, followed by Sweden and Norway. Latvians, on the other hand, feel closest to Sweden, and Lithuanians to Norway.

The Turu-uuringute AS survey was commissioned on the occasion of the 30th anniversary of the opening of the Baltic offices of the NCM to determine how residents of Estonia, Latvia and Lithuania view cooperation with the Nordic countries. The telephone survey was conducted in May and June 2021, with 600 people from each of the three countries taking part.

The survey report can be found here.