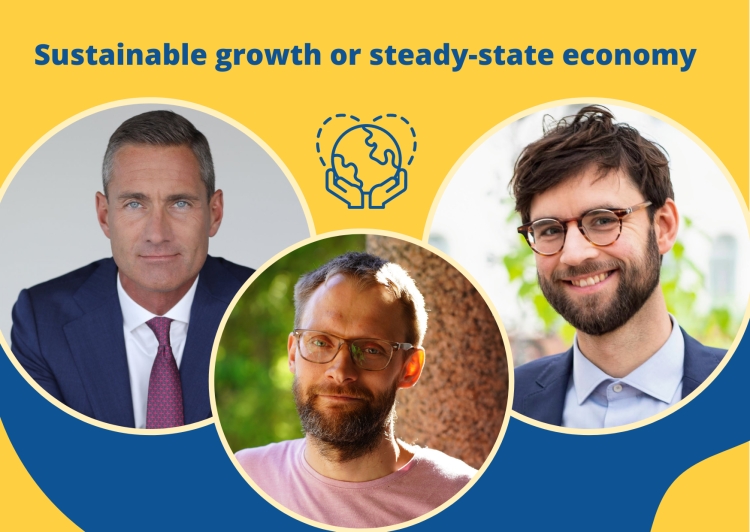 The latest episode of the Nordic future economy podcast series, ‘Sustainable growth or steady-state economy’, focuses on the extent to which it’s possible to continue growing the economy in the context of the green transition, and what could be a better alternative to the current economic model.

Since the Second World War, economic success has been measured by gross domestic product (GDP). The more GDP grows, the better the economy is doing and the higher the well-being of the whole society. Increasingly more people are coming to the realisation that economic activity itself must become less polluting, and ‘green economic growth’ is now being called into question, as any growth will ultimately have a negative impact on the planet’s resilience and regenerative power.

“There’s no doubt that the growth of the global economy has brought with it many benefits and increased our prosperity, but relying solely on a bigger growth in wealth doesn’t seem to be a sustainable solution,” says Madis Tilga, Bioeconomy Advisor at the Nordic Council of Ministers' Office in Estonia. “Chasing endless growth in the green economy as well will see us inevitably bump against the limits set by our planet. However, if people aren’t aware of better opportunities, they aren’t willing to give up growth either. Our objective in this series is to look for better alternatives.”

The last or ninth episode of the ‘Nordic Sustainable Economy’ podcast series focuses on the prospect of creating the kind of economy that meets society’s basic needs without striving for perpetual growth. An increase in efficiency based on technological progress will not help if the principles of adequacy are not respected. Kaarel Ots, CEO at Nasdaq Tallinn, and David Collste, post-doctoral researcher at the Stockholm Resilience Centre, will speak about sustainable economic growth and steady-state economy in a discussion held in English. The discussion will be led by Madis Tilga.

In late spring 2021, Nordic Council of Ministers' Office in Estonia launched the English-language ‘Nordic Sustainable Economy’ series, which discusses what sustainable economic systems are based on and what role the circular economy and bioeconomy have to play in this. The series includes a total of nine episodes that were completed in cooperation with Äripäev.

Listen to the latest episode here.