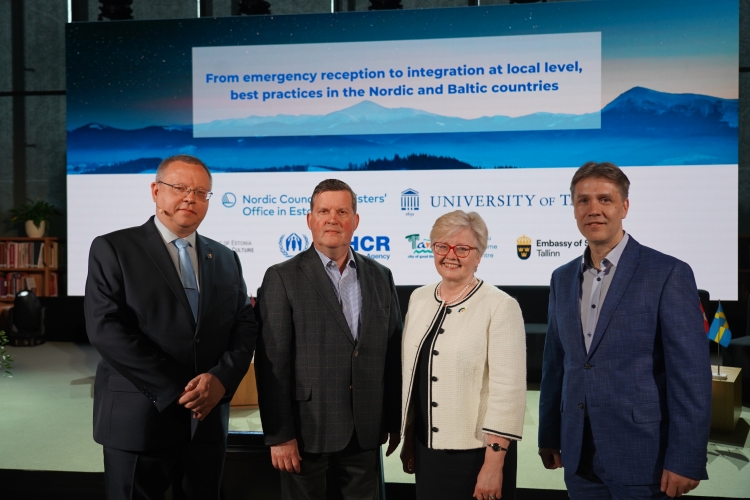 On the 27th of May the conference about integration of refugees took place in Estonian National Museum, Tartu. The conference was called “From emergency reception to integration at local level: best practices in the Nordic and Baltic countries“ and it was arranged under the framework of Nordic-Baltic project FOR-IN 2022-2023.

What is happening in Europe and in the world now, may bring along changes for a very long time. We are living in a historic time, where we will see dramatic change. Modern Europe, the whole world, the welfare model that we are used to, and the values of our way of living are in crisis. Everyone has an important choice to make now – are we on the side of good or evil, how to save Ukraine, how to support the people of Ukraine, how to help the refugees of Ukraine escaping from war launched by Russia. These were questions brought up by the Director of the Nordic Council of Ministers’ Office in Estonia Christer Haglund in his opening speech. 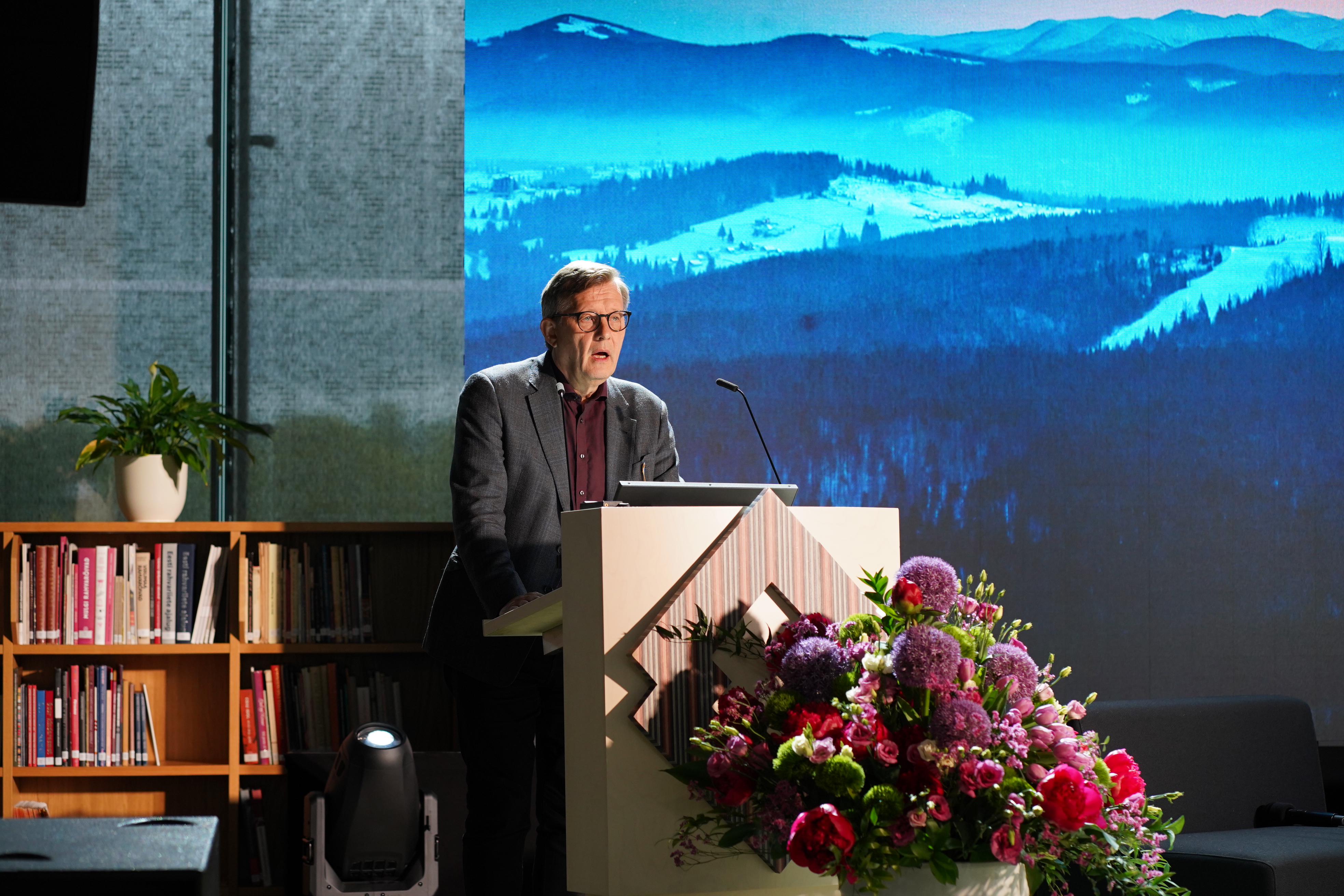 Millions of people in Ukraine are displaced because of war and terror, women and children fleeing from the war zone, and moving to other countries. Receiving and welcoming the refugees, integrating them to the receiving society are enormous tasks and challenges that need full attention and dedication even in our Nordic-Baltic region. More than 6,6 million people have left Ukraine, 90% of them being women and children. This is a situation nobody could predict when starting to plan our Nordic-Baltic joint project for supporting integration of immigrants in our home region in 2021.

In the opening panel of the conference, the Mayor of Tartu, Urmas Klaas, gave an overview of the Tartu municipality’s experiences in receiving the war refugees from Ukraine. The Minister of Culture of Estonia, Tiit Terik, said that this crisis is an important exam for the whole society, and that integration is always a two-way street. He also underlined that local governments together with partner organisations of the whole civic society have a key role in integration. Christer Haglund stressed that everybody has an important part in the integration process - we all can help.

In his keynote speech professor Tiit Tammaru from the University of Tartu underlined the importance of avoiding segregation and said that successful integration in the labour market often follows the integration in other life spheres, e.g. living in non-segregated neighbourhoods. Professor Christopher Jamil De Montgomery from the University of Copenhagen gave a thorough overview on a systematic approach in integration, how and what needs to be done especially in education and in health system for achieving better results in integration of refugees

The first and second panel of presentations and discussion on practical knowledge and experiences of integration in the Nordic and Baltic countries drew attention to many important aspects, like the role of volunteers and civic society organisations, and culture and art as a very successful tool for integration.

The Undersecretary of Cultural Diversity of the Estonian Ministry of Culture Piret Hartman, who made conclusions from the conference, compared integration to running a sprint and a marathon at the same time – one has to be really active, keeping in mind both a short-time working plan and long-term aims to gain success in integration. “Networking and cooperation with all partners are a key to success,” added Piret Hartman. 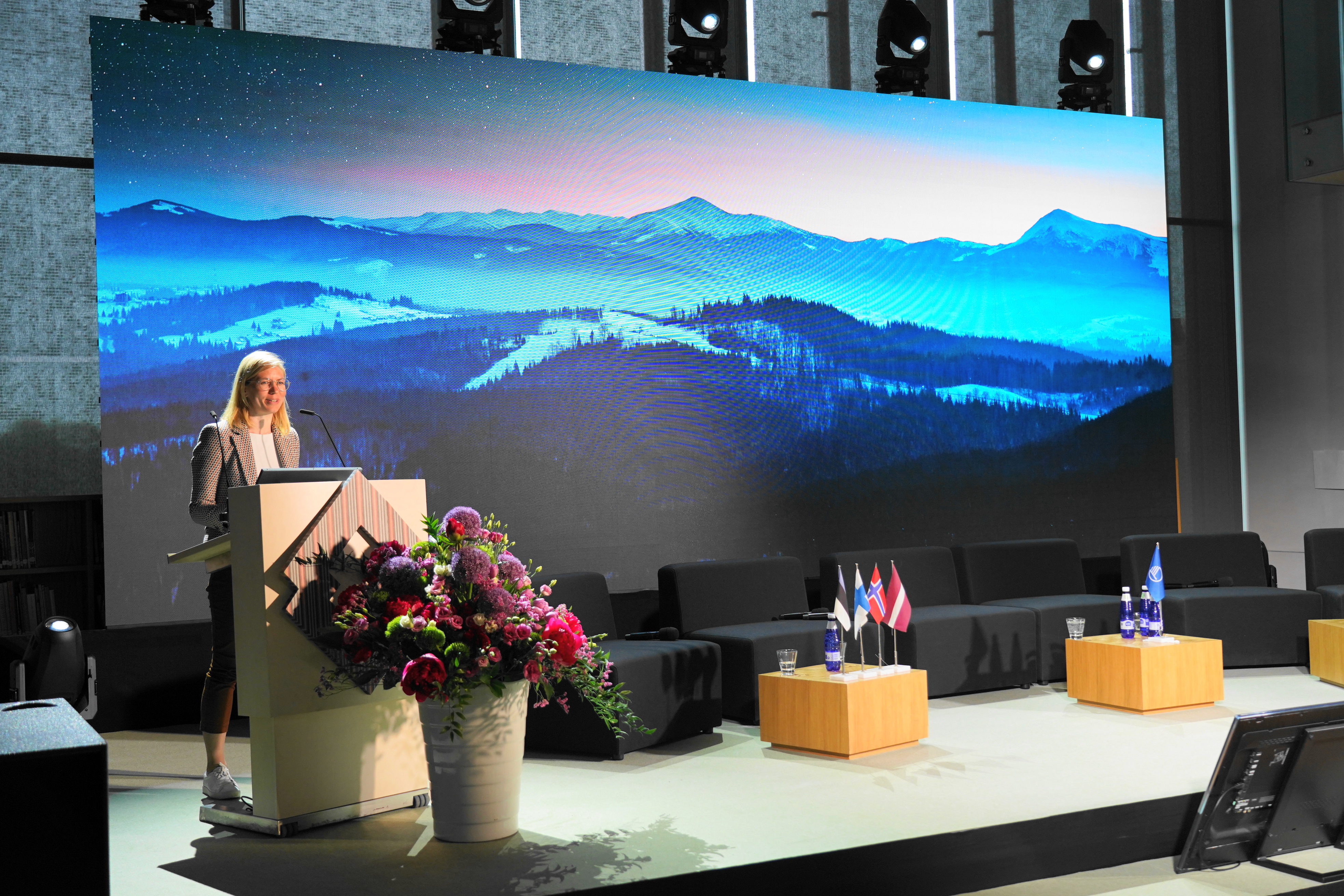 The Nordic-Baltic project FOR-IN 2022-2023 (Fostering refugee and immigrant integration at the local level by creating country-specific intersectional cooperation models and regional networks of practitioners) sets an aim to create a Nordic-Baltic network of practitioners working in the field of integration to strengthen the capacities of local authorities, civic society, refugee and immigrant communities and other integration actors in this very important integration process. The FOR-IN project is launched and supported by the Nordic Council of Ministers, UNHCR, Ministry of Culture of Estonia, Tartu Welcome Centre, University of Tartu and many other partners.

Watch the recording of the conference here:

The presentations of the conference

Photos of the conference