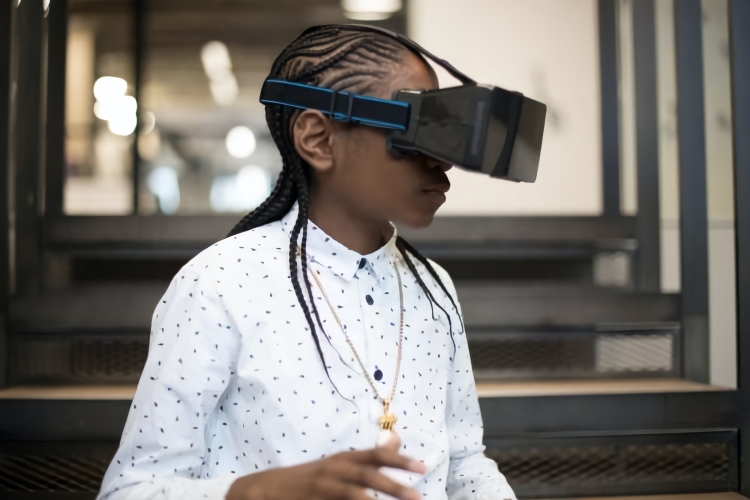 For this year’s Opinion Festival, the Estonian office of the Nordic Council of Ministers (NCM) is organising an English-language panel entitled ‘Navigating next-gen technologies for culture’. It will take place at 14:00 on 12 August in the festival’s ‘Digital Smarts’ (Digitarkuse) zone.

Grete Kodi, the digital adviser to the Estonian office of the NCM and the organiser of the panel, says there is no denying the fact that a revolution is underway. “Web3, the Internet of Things, the metaverse, virtual and augmented reality, they’re all part of it,” she said. “The same sort of shift is happening in culture as well: art’s becoming digital, investors are buying NFT artworks and galleries are going virtual. That’s why it’s important to discuss what these new business models are like, how to manage cultural organisations in the future and what will become of art.”

One of the panellists, Estonian fashion designer and strategist Xenia Joost, says digitalisation does not fly in the face of traditional values, but enables people to create, connect, involve, cooperate, share, interact and protect not just their work but the creators themselves. “Overall, digital technology doesn’t just have the potential to make art and culture more connected, but gives artists new creative boundaries to work within, undiscovered ones that we’ve been craving for so long,” she said.

Haavard Tveito, a Norwegian architect and one of the founders of the Scandinavian digital NFT art gallery Nifrost.art, says that in the future we will not be spending our lives staring at a tiny smartphone screen. “We’re diving into a digital world and we’ll need to surround ourselves with art whose beauty is a direct result of provocation and stimulation,” he said. “It’s for that very reason that art should be included in the digitalisation of society.”

Led by media and technology strategist Sten-Kristian Saluveer, the panellists exploring the topic of the digitalisation of culture will be:

The Estonian office of the NCM took part in the Opinion Festival for the first time in 2015. Director Christer Haglund says that since opinion and similar democracy festivals started out in the Nordic countries, his office getting involved in the local Opinion Festival felt like a logical step to take. “They got their start in Sweden, in fact, back in summer 1968, when then Minister of Education Olof Palme jumped up on the back of a pick-up truck on Gotland to talk and listen to the locals,” he explained. “We’re continuing that tradition here in Estonia.”

Over the years, thanks to the Opinion Festival, the NCM has brought together experts, politicians, public officials, entrepreneurs, opinion leaders and creatives from the Nordic countries and Baltic States to discuss how to overcome obstacles we all face. They have spoken about culture, welfare, the green and creative economies, gender equality, the digital world and the links between research and enterprise. The Opinion Festival has been a valuable platform for debating these issues with people who are interested in making the world a better place and willing to act in order to achieve it.

A livestream of the discussion can be viewed here.