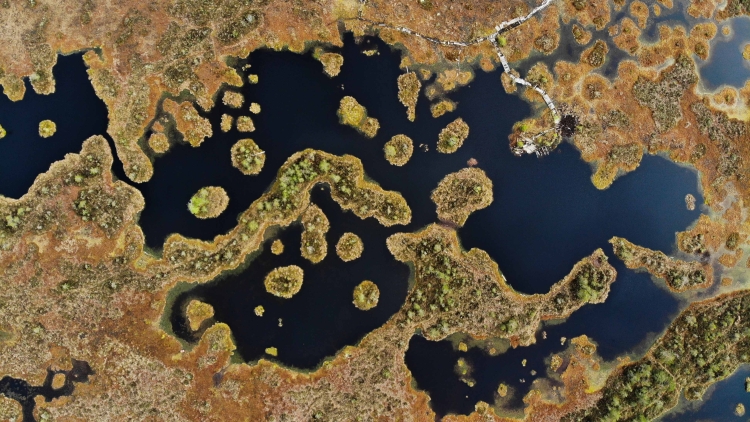 Estonians have always had the luxury of being able to take clean water for granted. Our tap water is safe to drink, and we have the peace of mind to know we don't need to worry about being unable to shower, do our laundry or cook due to a lack of water. Instead, we can enjoy the verdant grass in our well-watered gardens and long soaks in warm barrel-saunas and showers. But how long will we be able to afford this luxury?

At a glance it may seem that Estonia has plenty of water compared to the rest of the world – almost all of our regions are safe from water scarcity. On the other hand, research indicates the gradual declining condition of our bodies of water, which in turn impacts both the health of the nation and the ecosystem. There are sufficient groundwater levels in most of Estonia, however this is no longer true for Ida-Virumaa and the boroughs around Tallinn (such as Viimsi). The groundwater regime in Ida-Virumaa has been destroyed by mining operations, leading to drinking water being extracted from Kurtna lakes on the territory of Alutaguse National Park and endangering the few ecosystems that still remain there. This has caused the water level in the lakes to drop by several millimeters. The situation is similarly dire in Viimsi where groundwater has become more mineralised and salty due to being extracted from deeper layers than ever before.

Naturally, our bodies of water are also effected by climate change. The average temperature in Estonia has risen by about two degrees in the last couple of decades, and the amount and spread of rainfall has become unstable. This affects our groundwater resources. Heavy rains following a long period of drought cause erosion as the ground is unable to absorb water. This is one of the reasons our water is getting darker – more and more organic materials are being washed into bodies of water and these materials also bring other elements and compounds that have settled in the ground such as mercury, the compound chiefly responsible for the decline in surface water quality.

This decline is also caused by different sources of pollution, such as agriculture and forestry, especially land drainage. Herbicides may be subjected to regulations, yet it's impossible to evaluate the health risks that different herbicide combinations pose, leading to these concerns being ignored. Agricultural chemicals are becoming more widely available in Estonia with rising gas prices encouraging their use – farmers say that preparing for harvest with glyphosates is cheaper than simply tilling the land.

Herbicides used in agriculture often make their way into groundwater and are thus disseminated into bodies of water located several kilometers away from the field, including springs and wells. Analyses for detecting herbicides are expensive and rarely performed, allowing people to live in blissful ignorance.

Jaanus Terasmaa, professor, and head of the Tallinn University Institute of Ecology, offers three solutions to our groundwater problem:
1) Regenerative agriculture – decreasing the usage of herbicides and chemical fertilisers, applying agricultural practices that restore the soil's natural biodiversity.
Soil fertility can be preserved and improved by utilising a reasonable amount of organic components, such as compost and manure, or through the use of leguminous cultures. Appropriate crop rotations, permitted natural pesticides, hardier crop variants, introduction of natural predators (fostered by creating biodiverse buffer zones) and mechanical pest control methods can all be used to keep the crops safe from pests. These methods also ensure that the ripe crops are free of pesticide residue (www.agri.ee)

2) Larger buffer zones for ditches – this simple and effective solution has yet to be widely implemented due to the misconception that the buffer zones take up too much land and thus affect crop yield. Many call for the narrowing of existing buffer zones, instead of widening. In fact, research shows that buffer zones increase a field's overall yield.

The importance of the buffer zones is readily apparent – imagine the impact of a tractor spreading herbicides one metre away from a water source rather than ten metres away. Numerous studies have shown the impact of a ten metre buffer zone – this is the minimum distance that hinders surface runoff. Our analyses show that if a ten metre buffer zone was implemented for all watercourses listed in the Estonian national registry, only 0.13% of all farmland would be lost. The positive impact for water-based ecosystems alone would be unimaginable. Not to mention that the money saved from public healthcare alone would more than make up for the small, hypothetical loss of farmland.

3) Conserving water – every one of us can start with the simple things, such as turning off the faucet when brushing our teeth, collecting rainwater for watering plants, limiting the amount of time spent taking showers or number of baths taken and using environmentally friendly detergents. Grass doesn't need to be kept short and watered during droughts (which doesn't help) – a taller lawn boasts a higher biodiversity and can better cope with arid weather. Fill your garden with biodiversity and help local conservation efforts. This way you can enjoy beautiful flowers and buzzing bees all summer long, while also conserving water.

Tallinn University will host the Nordic hydrology convention "NHC2022: Hydrology and Water-related Ecosystems" from 15 August to 18 August 2022, with the opening day "100 years of Estonian hydrological monitoring" introducing Estonian hydrometeorological studies and activities throughout history. The opening day is held in Estonian and organised by the Environment Agency.