Is a man’s place at home!? Let’s see what fathers in the Nordic countries think about this 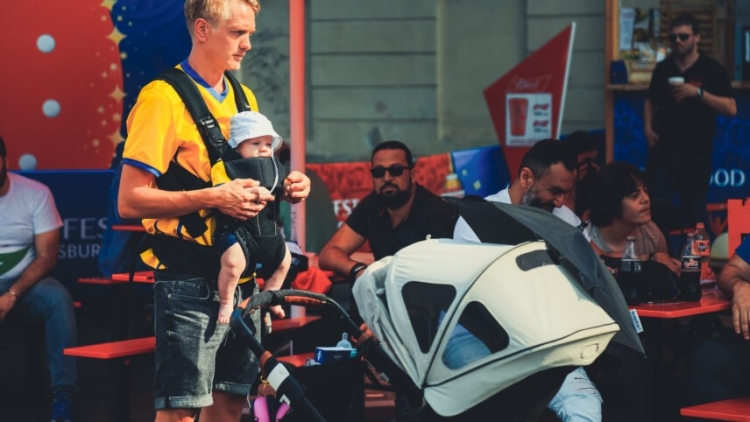 Hopefully more fathers will also stay at home with their children in the future. Shutterstock

The birth of a child is a joyful occasion, but it increasingly raises the question of who should stay at home with the baby after maternity leave? The Nordic countries are a model for the rest of the world with their approach, as parental benefit covers lost wages and allows one parent to stay at home until the child is one and a half years old. But why is it that only a marginal number of fathers take up this opportunity?

Line Christmas Møller, Project Lead for Mainstreaming at the Nordic Council of Ministers, says rather bluntly that this is rooted in a simple fact in the Nordic countries – fathers only take parental leave when they are fully paid during this time.

As families don’t want to lose out economically, this is where another issue, which is widely discussed in society, comes into play – the gender pay gap. “Yes, the fact that women are paid less than men is the only reason why fathers don’t stay at home with their children so much,” admitted Møller. So, even if fathers could take a little more time off, the price families have to pay for this is high.

“In 2019, we asked fathers what are the main reasons why they don’t take more parental leave, or don’t take it at all. One of the reasons was concern about the economic situation. The second was that they were afraid of the consequences at work. What will the other men in his workplace say? What will the boss say? Could this jeopardise future promotions?”

Whilst employers are obliged to maintain the jobs of women, men fear that their jobs will be passed on to someone who is not at home with the children.

However, according to experts, a father who has been involved with raising his children since birth has an excellent attachment relationship with his offspring. This, in turn, has an impact on both the health and risk-taking behaviour of fathers as well as on children’s health and behaviour. “When a man stays at home with his child, it also improves the couple’s relationship, as fathers then contribute more to household chores. Household chores are one of the main sources of disagreements in families, which in their turn lead to divorce,” said Liina Kanter, former Head of the Department of Equality Policies at the Ministry of Social Affairs, at this year’s Opinion Festival in Paide. Kanter added during the discussion that fathers who are more active in family life have fewer conflicts and there’s less violence in their families. Møller also supported Kanter’s view.

Less than a fifth of fathers stay at home

The political ambition of the Nordic countries is to reduce gender inequalities, and since the sixties they have shared the goal of increasing women’s participation in paid jobs. We can be proud of the fact that both in Estonia and elsewhere in the Nordic countries, women’s participation in paid jobs is good. 72.4 percent of women in the Nordic countries are in paid employment, whilst the European average is 61.1 percent. Together, the Nordic countries are the 11th largest economy in the world. And, according to specialists, this is not because of gender mainstreaming, i.e. considering the gender aspect, and social justice policies, but thanks to them. However, gender inequality and the pay gap are still lurking in the shadows of these excellent statistics. Although the opportunities for staying home with small children created for both women and men are probably the best in the world, only a very small number of fathers do this.

According to Møller, the Finnish and Danish figures for 2019 were more dismal than Estonia’s. Only ten per cent of fathers took the opportunity to stay at home with their children.

In Iceland, both parents have six months of paid parental leave, of which six weeks can be transferred.

According to Møller, the key is to understand what parents and the child need and how employers can cooperate with all parties. “The Nordic countries have different systems – in some the rules are included in collective agreements, but in most they are written into national legislation. But I think that a generous and fairly compensated leave is important in the case of such an important life event.”

Here, the Nordic experience shows that governments play a very important role in setting the bar. And in order to lead the way, you need to create simple solutions. “The more complex the system, the more parents risk financially and the less people, especially fathers, use it,” she explained. 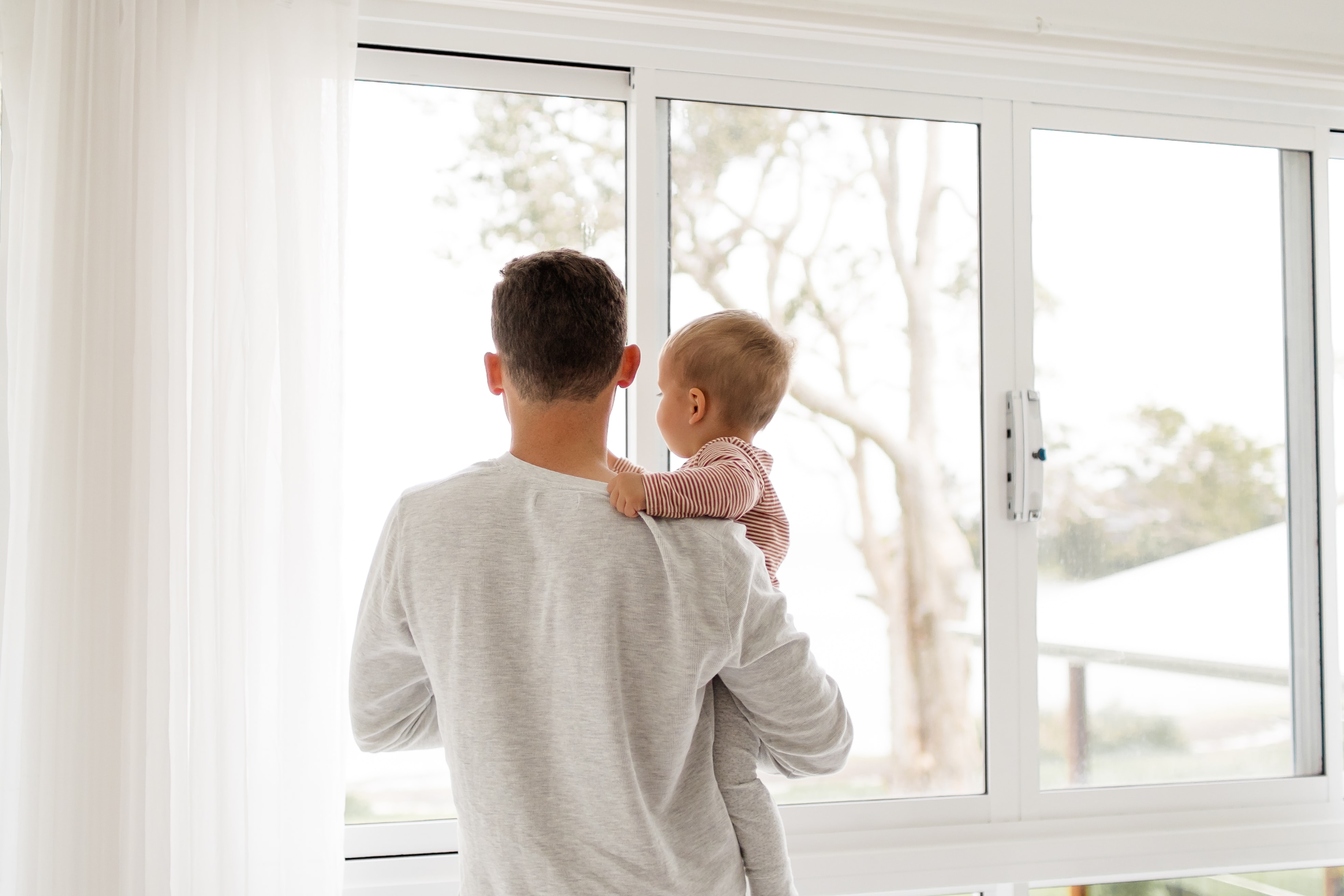 How can gender inequalities be reduced?

“Several changes have been made in recent years to make the Estonian parental benefit system more supportive of sharing care responsibilities and reconciling work and family life. Among others, paternity leave was extended from ten to 30 days and the period for taking paternity leave was extended. Sharing the care burden more equally is also supported by the reform of the support system for long-term care and children with special needs,” said Kliiman.

But what would be the solutions in the Nordic countries as a whole, so that fathers would feel more comfortable staying at home and entrusting their job duties to others, and so that mothers can work without putting the family’s finances under pressure?

Creating a level playing field is seen as one of the keys to solving this problem by different companies as well. In Norway, for example, a law was passed in 2003 that dictates that at least 40 per cent of the management of a company or organisation must be women.

Companies were given three years to implement the law from 2004, when it came into force. By 2008, 40 percent of the board members of large companies listed on the Oslo Stock Exchange were women, with only a few having slightly fewer, and they were operating successfully.

Countries and companies are constantly looking for ways to be competitive and sustainable. However, research shows that a focus on equal opportunities brings more people into business and the public sector. An IMF study also shows that adding one woman to senior management or the board of a company, while leaving the size of the board unchanged, adds around 3-8 percent to asset returns.

“Unfortunately, research in Norway shows that in practice, this principle has not reached the level of the CEO or other senior employee in a company,” said Møller, adding that work is now underway in both government and among companies to get things right at all levels.

In the Nordic countries in particular, it’s important for companies to ensure that employees feel good at work and that all the right conditions are in place to keep them there.

“It’s become a question of survival, because if they don’t include enough women or don’t create conditions for men to stay at home with children, the talent may just move elsewhere. We’ve found examples of family-friendly workplaces introducing their own shared parental leave for fathers to attract talent. In Denmark, the trade union in the financial sector has introduced a very generous leave policy for fathers,” Møller gave examples.

The most exemplary country in terms of gender equality is certainly Iceland, where the Equal Pay Act was adopted on 1 January 2018, under which all companies with more than 25 employees have to demonstrate once a year that people working in the same position in the same company with the same workload have equal pay.

Short reports produced jointly by Nordic Information on Gender (NIKK) and The Nordic Council of Ministers ‘The Nordic Gender Effect at Work’ look at the joint investments Nordic countries have made in and development of gender equality – parental leave, childcare, flexible working time, management and equal opportunities in the workplace.