DISCUSSION | Digital art and NFTs: A luxury only the rich can afford or a cool and hip pocket-friendly hobby anyone can dabble in? 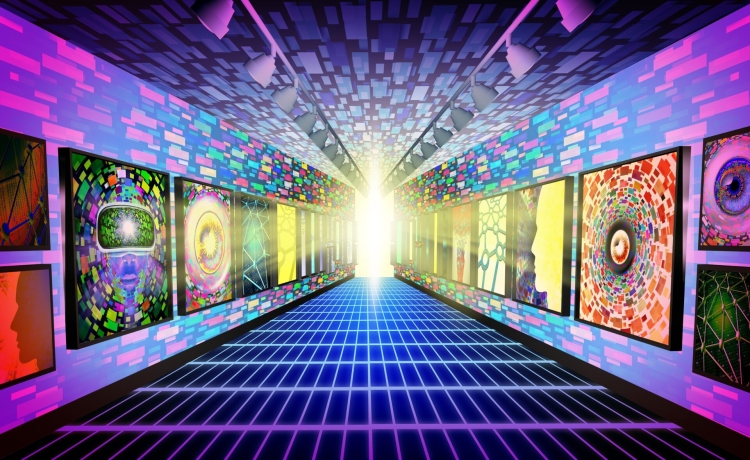 A virtual art gallery in which you (via your avatar) can explore NFT art. Photo: Shutterstock

Digital art and NFTs are both hot topics at the moment. Are they just some new playground for the rich or something everyone can afford to get involved in? Answering this question are gallery owner Indrek Kasela, NFT artist Erwin Laiho and the pair behind Scandinavia’s first major NFT gallery, Peder Haugfos and Haavard Tveito.

This discussion is a follow-up to the ‘Navigating next-gen technologies for culture’ panel which was held at the Opinion Festival in Paide in August.

Entrepreneur Peder Haugfos and architect Haavard Tveito from Norway, who are champions of NFT art and who opened Scandinavia’s first major virtual gallery, Nifrost, say the charm of digital art or NFT lies in its ability to be anything at all.

“It’s something digital that’s unique and collectible,” Haugfos explains. “It could be a map, it could be an emoticon, it could be anything. But in our virtual gallery we’ve mainly focussed on exhibiting and selling digital artworks. What interests us with NFT is its artistic value.”

The Nifrost gallery allows you to visit an exhibition, take part in exclusive auctions and attend other events organised in the space. 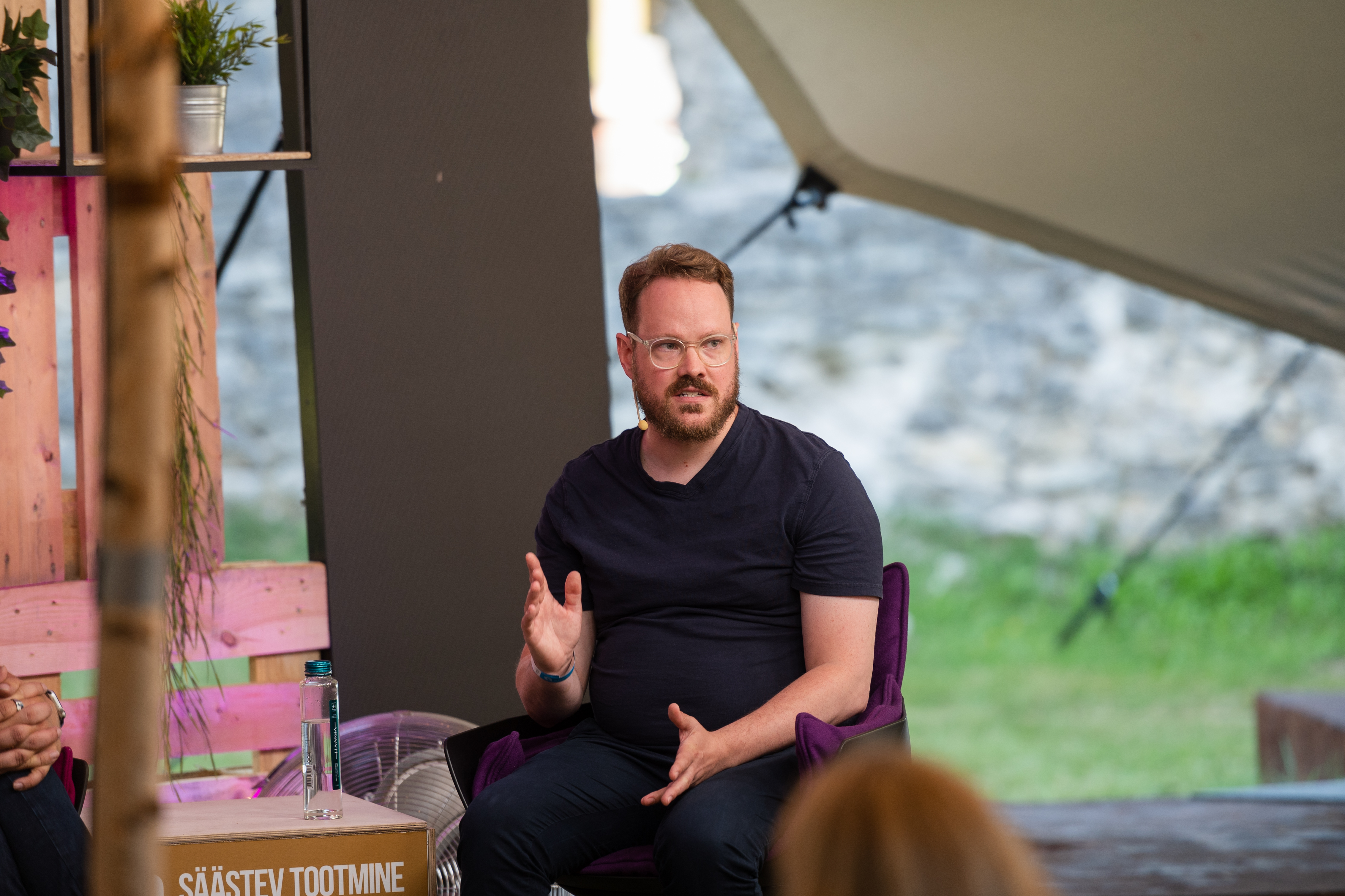 “We’re not about telling people what they should or shouldn’t like, but it’s important to us that things that are interesting and high-quality get their moment to shine,” says Tveito, who also took part in the panel in Paide. “NFT’s a bit of a digital jungle, and you have to know how to make your way through it.”

As such, the two men have set themselves the task of searching out the best and most valuable examples of digital art. “As curators, we want to make every exhibition more interesting and give it some added value,” says Haugfos. “Everyone who steps into our virtual space via their phone or computer or VR headset gets the chance to ask the artist about their piece as soon as the artist is done talking about it. Each visit is an opportunity for you to meet new people and chat with friends about art.”

The two men say that in their virtual gallery they are creating digital moments to share with others. “These are moments when they’re physically in Hong Kong or Norway or wherever and everything seems entirely real, but actually everything that’s happening is taking place in a virtual environment,” Tveito explains. “That’s the experience we’re aiming to create.”

Digital art is not the playground of the rich

While art tends to be considered rather elitist in the real world, with access to it limited to the rich or obsessed, NFT aims to change that image.

“People are saying NFT has democratised the art world because Gen X have been immersed in all things digital since they were born,” Haugfos says. “Many of them have never been to an actual gallery. But NFT’s an opportunity to bring art closer to a new generation and to get them interested in it. And the best thing is that some artworks can be bought for as little as a single cent, even while others are changing hands for 100,000 euros.”

Tveito says the value of an NFT can be linked to the blockchain that was used to create it. “Making art with some blockchains doesn’t cost all that much,” he explains. “Mint, for example. But then you’ve got Tesla, which is a greener blockchain that has less environmental impact.” 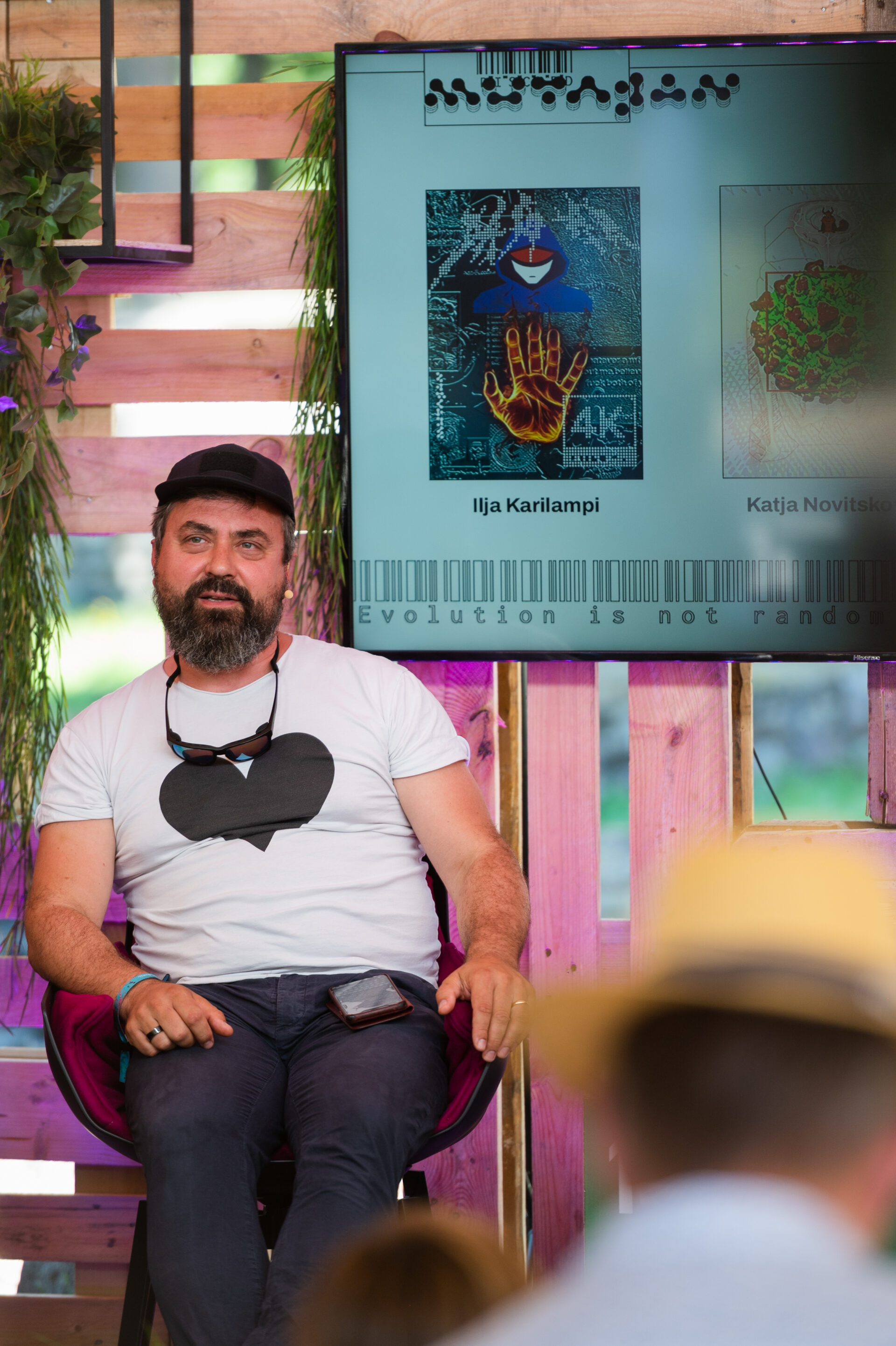 Art has been digitalised for decades

The multi-talented Estonian entrepreneur and gallery owner Indrek Kasela says there is no truth to the claim that art is elitist and inaccessible, since anyone can buy a reproduction of the Mona Lisa. “If we ask who the world’s biggest seller of art is, then the answer’s IKEA,” he remarks.

He also says that digitalisation is not a new thing in art if we look, for example, at the film and music industries. “Cinema is a purely digital platform,” he says, “and long gone are the days when we had to go to a concert to listen to music. There are a huge number of digital platforms available to us on which we can enjoy all that.”

At the same time, Kasela says it is visual artists who have always looked out for and been quick to take up new directions and forms of technology, adapting them to their work. “To a lot of people, an artist is a painter with a palette in their hand and a beret on their head, or a chisel-wielding sculptor in a leather apron,” he says. “But it’s very often contemporary artists who are the first to go down into digital mines to explore new tunnels and see what they find.”

In the virtual Nifrost gallery you will find a lot of young artists focussed exclusively on NFT, but also the British sculptor and collage and installation artist Damien Hirst, who is one of the most famous contemporary artists and who has his roots in the traditional art world. “Hirst makes things and produces paintings and drawings and stuff, and now he’s entering the NFT market as well,” says Haugfos. 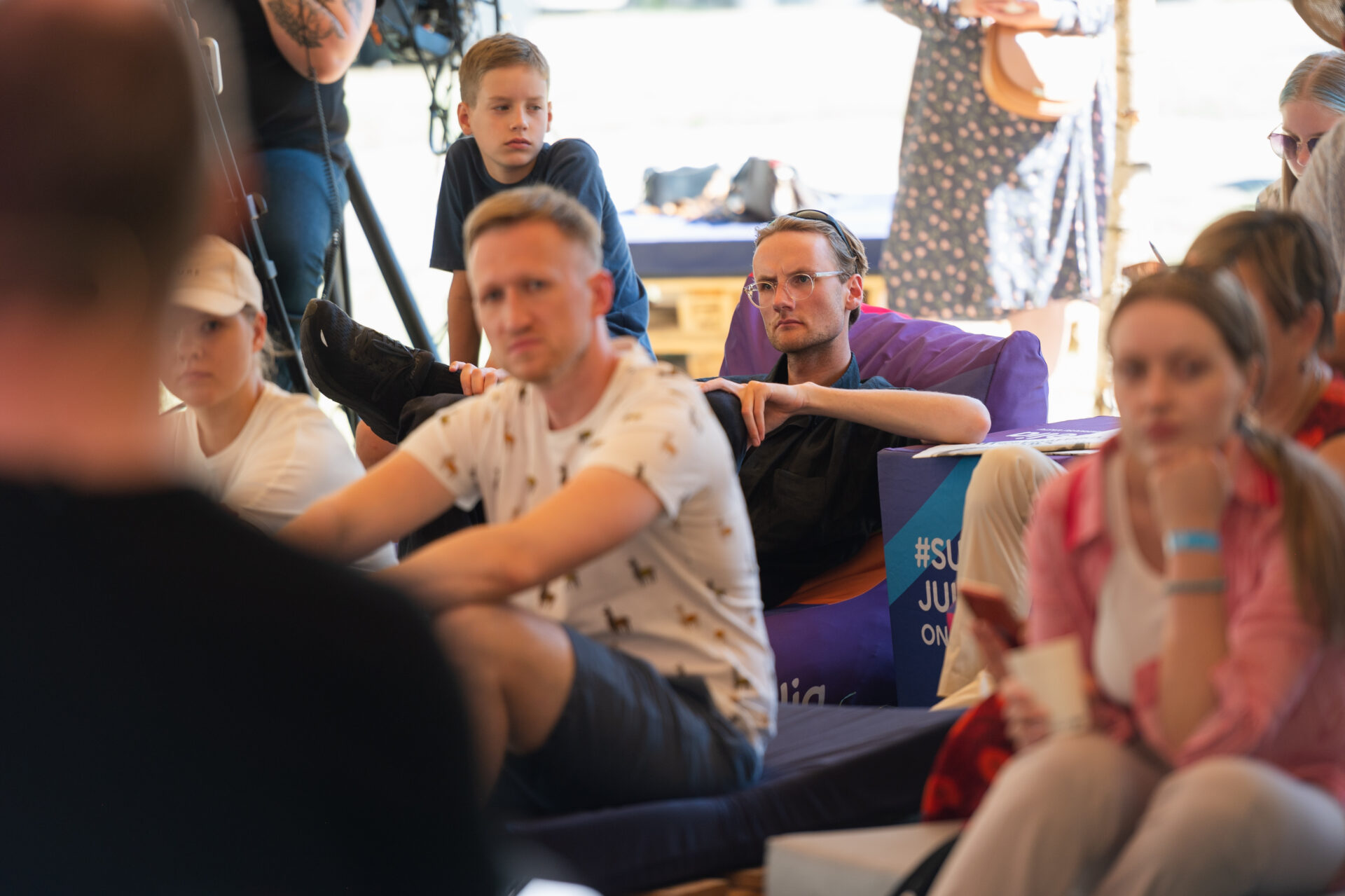 Peder Haugfos (pictured centre) is convinced that traditional art will continue to exist side by side with digital art. Photo: Jana Laigo

The thin line between the real world and the virtual world

One creative who has moved from the physical art world into the world of NFT is Finnish artist and sculptor Erwin Laiho. “In both cases I look for materials that enable digitalisation,” he says. He describes how he marries the two art forms: “If I’m working in a physical space with actual concrete objects, it means I have to look for minerals to work with. I’m extracting similar elements to those used in manufacturing computer parts. I make sculptures from broken-up bits of computer which show how we’ve been sold the idea of the cloud rather than what it means to be digital.”

Kasela says that if we expand the definition, the best example of a successful digital artist from Estonia is composer Arvo Pärt. “He and, for example, Sven Grünberg were the first people to use electronic music equipment,” he notes.

The fact that there are now so many technology companies which support the field, Kasela says, also plays a major role.

“A perfect example is good old Wolf 3D, which is a mega-gallery of digital art that doesn’t interact at all with the traditional world of art,” he explains. “Here in Estonia we’re likely to see dozens of such ‘ministries of culture’, which is to say communities that converge around certain things in order to support them. If things go well, Estonia could become the first country where a representative of AI becomes, for instance, a member of the Estonian Writers’ Union.”

Laiho says it is wrong to think that artists prefer one form over another, because drawing a distinction between digital and physical art assumes that NFT is not physical. “But in fact it’s physical as well, and that’s what my art speaks about,” he says.

Laiho creates NFTs that shine the spotlight on the recording of data and focusses on the way in which hard drives and servers depend on electricity to do so. “In that sense, the binary logic of zeroes and ones is either a negative or a positive charge in the matrix of the hard drive,” he explains. “That might not mesh with how people understand these things, but that’s what the NFT art I’m making at the moment is all about.” 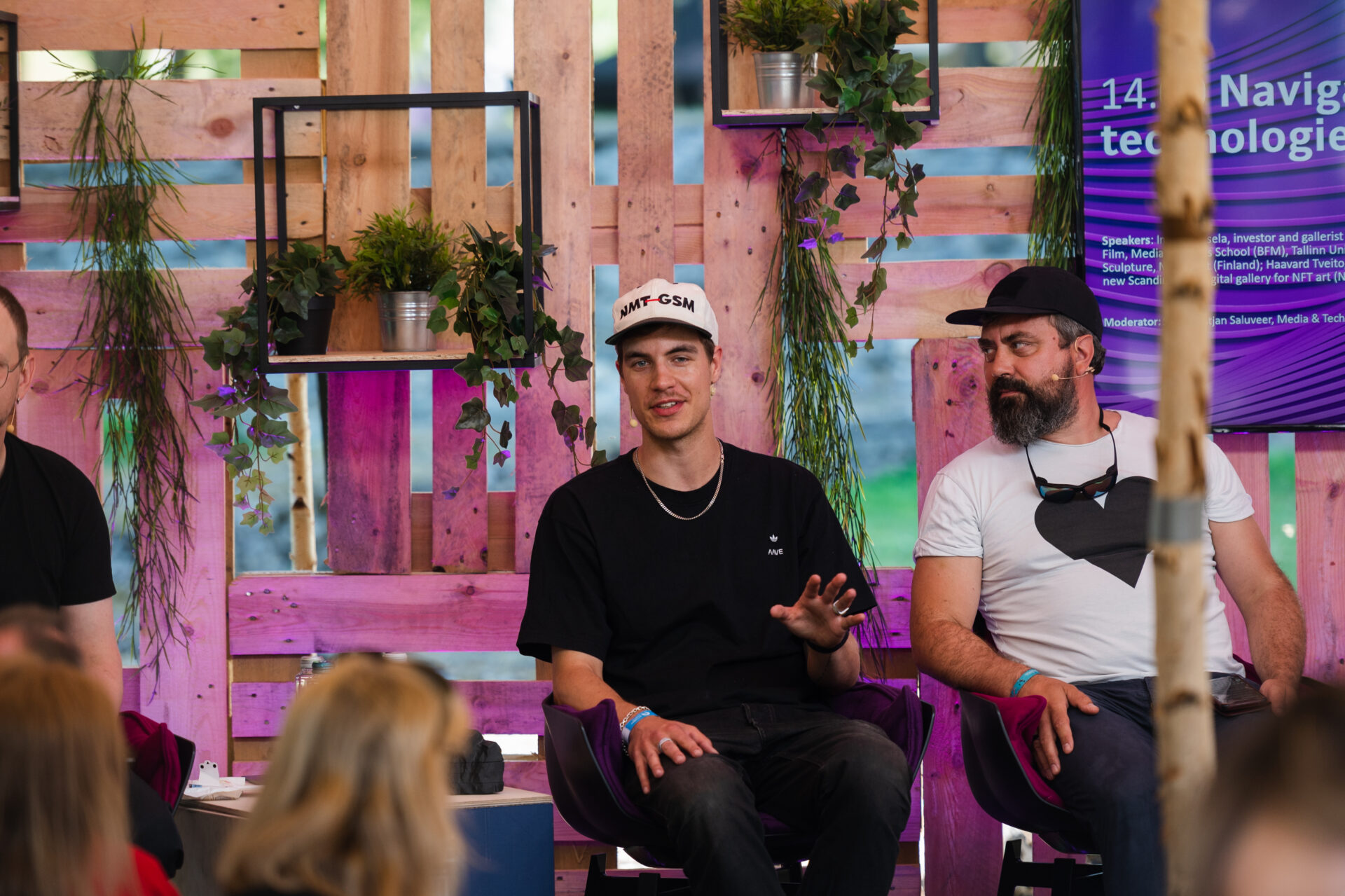 Nevertheless, he admits that at the moment he is more drawn to physical objects. “Since the pandemic it’s been brilliant to step back into the world of art and actually see art in its physical form,” he says. “Digitalisation comes with a sort of in-built need to feel, to make and to perceive. During the pandemic we lacked sensory experiences, which is why I’m leaning into sculpture right now of the sort you can touch and smell and feel.”
Surely the rise of digital art doesn’t mean the death of traditional art?

Tveito says the future is nevertheless likely to produce hybrids of physical and digital art. “We’re already seeing that,” he says, “although traditional or physical art is likely to retain its very important place for some time. And the Mona Lisa will be around forever!”

Kasela concludes: “For as long as we exist in physical bodies – because sadly we’ve not yet come up with ‘virtual’ ones for ourselves – there’ll always be this constant toing and froing between the digital and physical worlds.” He adds that there is no need to overthink things in this regard, because there are also many examples of things being brought over from the digital world into the physical world.