INTERVIEW Swedish journalist Katrine Marçal: What will become of men whose jobs are taken by the second Machine Age? 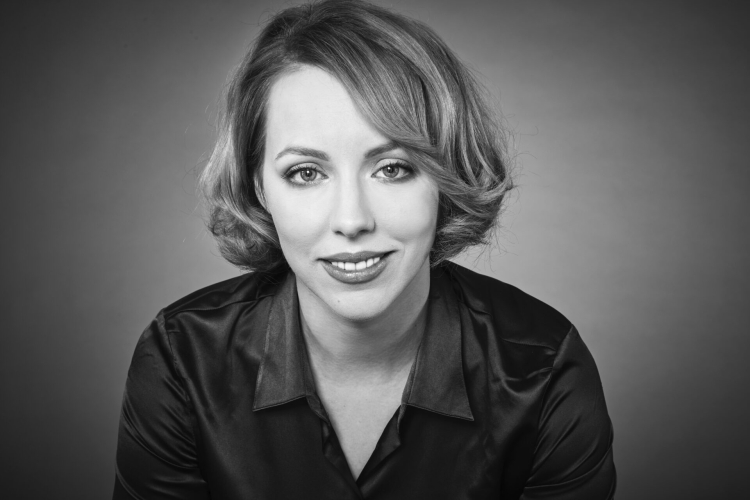 Why was mankind incapable of sticking wheels on suitcases until 1972 but Neil Armstrong reached the Moon in 1969? And were we aware of the fact that the spacesuit he wore when he took that one small step for man had been made by seamstresses from the Playtex lingerie company? Journalist Katrine Marçal discusses why women’s innovation is impeded and how companies that dare to take a different approach to gender are shaping the future.

Katrine Marçal is a Swedish journalist who writes mostly on women and innovation. She is currently one of the world’s best-selling authors. Her first book, Who Cooked Adam Smith’s Dinner?, has been translated into more than 20 languages and was selected as one of The Guardian’s books of the year in 2015. That same year, the BBC named Katrine one of the planet’s 100 most influential women.

Katrine’s second book, Mother of Invention: How Good Ideas Get Ignored in an Economy Built for Men, became a bestseller in Sweden in 2020.

Katrine lives with her husband and three children in a small village in England halfway between London and Cambridge. She works for the Swedish newspaper Dagens Nyheter. As a financial journalist she has conducted interviews with many of the world’s leading financial analysts, a number of which have been viewed on YouTube more than a million times.

Katrine says it is fascinating to think about gender in the context of the economy. “My mother was a programmer, and that’s something that’s always been at the back of my mind,” she tells Geenius. “I saw up close how a job that was mostly done by women of low status became a field dominated by men. It’s so exciting to observe how the definition of technology is linked to the economy and to masculinity.”

Katrine notes that although women have been inventing and crafting technologies since time immemorial, the problem remains that when this is done by women, what they create is not considered a form of technology or a skill in its own right. “From history we have the Iron Age and the Bronze Age, but why do we never talk about, say, the Linen Age?” she asks. “Technologies linked to women have been left out of the bigger story of innovation.”

Are wrong choices really to blame for lower salaries?

Katrine says there is a school of thought which holds that women are paid less because they chose the wrong field to work in. “That makes me so angry,” she says, “because it’s basically saying that the gender pay gap is women’s fault! But you can look at it from a different angle – that men are simply more likely to take the kind of subjects at university that will bring them higher-paid jobs in the future.”

In Katrine’s view, there are two potential ways around this problem. “Either women have to start working an awful lot more in fields traditionally dominated by men, stop working in the lower-paid, rose-tinted ghetto of the welfare sector and study to become engineers rather than HR assistants, or we have to radically change the way we value different professions,” she says.

Throughout human history, women have always been more financially reliant on other people than men have been. “Women’s ability to stand on their own two feet directly depends on whether they can foster and maintain their own social relationships,” Katrine explains. “That’s why women have happened to specialise in areas where, for example, machines seem to have the most problems.”

Men’s jobs are being taken over by machines

Katrine refers to a ‘second Machine Age’, which will lead to the automation of a lot of cognitive tasks in the future, rendering people stand-ins rather than principal actors. The first Machine Age, otherwise known as the Industrial Revolution, made machinery an indispensable tool alongside manual labour.

“Let’s imagine that the second Machine Age has begun and that the machines are coming in and taking over men’s jobs – everything from builders to bankers – whether we like it or not,” she posits. “That would lead to a situation in the economy where so-called women’s jobs were in greater demand than ever before, since actual people would still be needed for welfare, health care and child care. So what happens to the men in that scenario? Do they become this instantly defunct class?”

At the same time, women would retain their jobs and to a large extent define the new economic era through specialising in emotions and care work, i.e. in skills areas in which they still have the competitive edge on machines.

A lot of jobs which robots struggle with are of the type that is currently undervalued on the labour market: carers, teachers and others who are paid markedly less. Katrine is convinced this economic principle has to change. “Women need to start asking themselves, ‘How much do I want to earn?’,” she advises. “The point is that no one’s saying you can’t chose a lower-paid profession, but that you should be more aware of your own value.”

Who will solve the Great British riddle?

Although a determined effort is being made in Sweden in the name of gender equality, Katrine says the problem has not entirely gone away. “True, the pay gap is smaller there than it is in Estonia or the UK, where in fact it’s very wide,” she explains. “But for all that it’s more actively addressing the issue and trying to reduce it, it’s still producing the average European pay gap.”

Katrine notes that parental benefits and child care are available in both Sweden and Estonia, prompting her to wonder why in the United Kingdom, for example, where those things are not available, there are more women in management positions.

“Unfortunately, the truth is that no country has solved the equation yet,” she admits. “These issues need to be debated in a lot more detail and a lot more intelligently, and we need to look at different systems – what works in one country and what works in another. We mustn’t overlook the differences within Europe.”