Professor Eamets on mass migration to Europe: a deepening crisis or a critical lifeline? 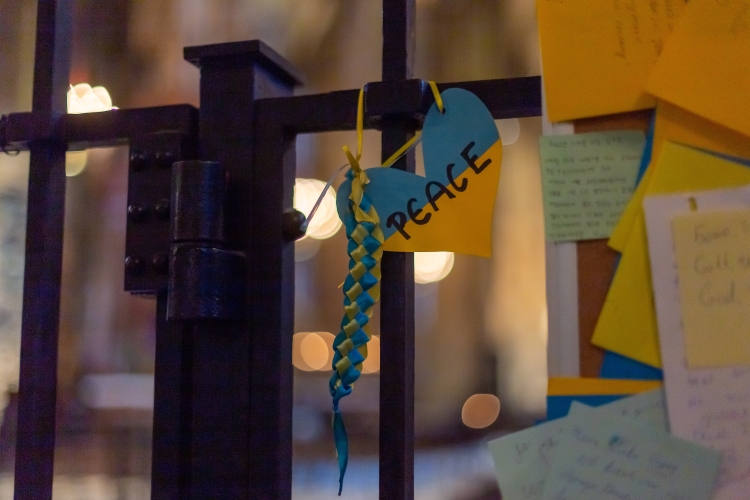 Over the past ten years, the larger EU states have been repeatedly affected by the migration crisis. While Estonia remained largely unperturbed by the large flow of refugees ten years ago, we have already welcomed nearly 40,000 refugees since the war broke out in Ukraine in February. Professor Raul Eamets of the University of Tartu discusses the economic impact this has had, and migration and integration processes during wartime.

There are both asylum seekers and economic migrants among the immigrants arriving from outside Europe. Climate change is considered a core cause of mass migration, other factors including the after-effects of Europe's colonial history, such as widespread poverty and corruption. Throughout history, war raging in people's home countries has also motivated migration.

Before the escalation of the war in Ukraine, most immigrants were from primarily Muslim countries, such as from the Middle East and Africa. According to the UN, the majority of refugees crossing the Mediterranean Sea from January 2015 to March 2016 were from Syria (46.7%), Afghanistan (20.9%) and Iraq (9.4%). Asylum is mostly sought in large European countries like Italy, France, Sweden, Germany and Greece.

Based on the European Agenda on Migration, Estonia had accepted 206 people in need of international protection before 27 February. Many of those people have already left Estonia. Today, the situation has transformed completely and Estonia has welcomed 38,702 war refugees from Ukraine since the beginning of the war.

According to Raul Eamets, a Professor in the School of Economics and Business Administration at the University of Tartu and the Dean of the Faculty of Social Sciences, Estonia has not had to make significant changes to its migration policies. "War refugees are categorised as refugees seeking international protection and for this we have both national legislation and international regulations that apply in Europe," he explains.

In essence, people arriving from Ukraine have the same rights as locals: they will be granted a place to live, they will be able to start work immediately and the children can continue their education. The right to enter the EU (the Schengen visa area) without a visa has further facilitated the relocation.

Eamets claims that this is also the reason we might not have the full data on their number: people can come and go as they please, either to return home or continue their journey some place else in Europe. "Estonia was one of the first states to register refugees at the border, so we have an approximate understanding of how many refugees are here. Not all countries adopted this practice; for example, Latvia did not," he explains.

Eamets estimates a little over half of the refugees to be of working age, most of them are women, from urban areas, and likely with a higher level of education. "Of course, we do not know for sure. The addition of 20,000 – 25,000 workers is most definitely a challenge. Fortunately, summer is approaching and many new temporary job opportunities in customer service, especially in tourism, accommodation, catering, etc., will open up," he says.

Additional workforce is also certainly needed in agriculture. However, it remains unclear how many people from urban backgrounds are willing to pursue strenuous physical labour in the countryside. Eamets believes we will get some answers in autumn, when the general economic trends become more clear.

"If unemployment rates begin to increase, refugees' job positions will also be threatened, social security expenses will accumulate, there will be tension in society, etc.," he says. "If we do not experience a major recession, then the additional workers will have been beneficial, as before the war, we obviously had a labour shortage. I believe that if necessary, employers will turn a blind eye to the language requirements."

According to Professor Pieter Bevelander of Malmö University, attitudes towards refugees in Sweden mirror those apparent in Estonia. "Sweden granted Ukrainians the opportunity to stay in the country and work, and their children can go to school. Furthermore, local municipalities are tasked with welcoming a certain number of refugees and granting them a decent place to live," he explains.

He does not think the refugee flow will affect the economy. However, the war in Ukraine has resulted in a spike in energy prices, which, in turn, is the driving force behind the current global inflation and affects the Swedish economy.

Shortage of residents made up for by refugees

Estonia and other Nordic and Baltic states as well as the majority of Europe has an ageing population and these states also see a decrease in their population, which is compensated by immigration from other regions in the world in which the population is often increasing.
Eamets claims that Ukrainians might make up for this shortage of residents and that the state should make use of refugees being interested in integrating and learning the language.

He stresses that now is the right time to focus on this, as they will soon realise it is possible to get by using only Russian. "Integration is, of course, supported by enrolling children in Estonian schools, as they can then teach their parents the language. In that sense, Ukrainians are a great fit, since our cultural differences are relatively small and they are negatively disposed to the Russian information space," Eamets is convinced.

Keeping in mind population trends in Estonia, he stresses that family policy, child benefits, allowances for families with many children, housing benefits for young families, etc. should not be dismissed. This all ensures that more Estonians come into this world in the future. So, both birth rates and controlled migration are important.

Currently in Sweden, 20% of the population have been born abroad and this percentage will likely increase. Bevelander says that like in all countries—except maybe in Canada—there are negative politically loaded attitudes in society that immigrants are bad.
"Looking at global history, we can see, however, that immigration has been one of the main catalysts for innovation and development, and over time, immigrants become part of their new home country's society. That is, if they are given the chance to integrate." He adds that in the long term, countries that are more favourably minded tend to reap the benefits of immigration.

Eamets says that if refugees were relocated dispersedly across Estonia, their integration into society would be easier. Unfortunately, most people flock to larger centres with more job opportunities and living spaces.

"Estonian should be taught to all those interested, the subsidisation of two parallel national school systems should be halted, the state should have more say in appointing school principals, they should be periodically assessed, etc.," Eamets lists the prerequisites for successful integration.

He hopes that at least some Russians in Estonia have been enlightened by recent events. "In my opinion, 9 May clearly demonstrated how Estonia as a state can be assertive. This is how it should be. I believe many doubtful people now face the choice of whether to apply for an Estonian passport or to move where they think the grass is greener and the sun is warmer."

Bevelander also stresses that openness and policies supporting immigrants' inclusion in the labour market facilitates integration. "They feel that they can work and contribute as taxpayers, and see their own and their family's future in this country," he says.

Regardless, integration does not happen overnight, it is a process. History has shown that first generation immigrants have to overcome many obstacles in order to blend in. However, their children, who have received education in their new country, are more similar to the locals and, at times, even more committed residents.