Sun, wind, nuclear or hydrogen – what are the Nordic countries betting on in their crazy green transition? 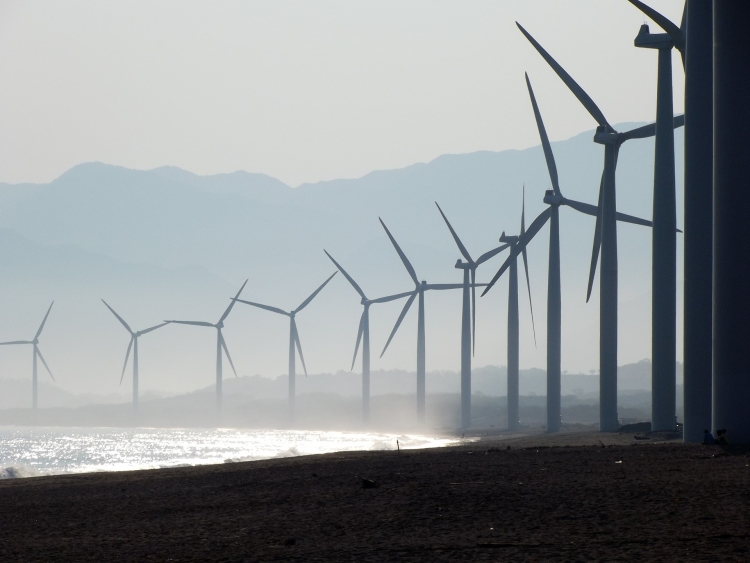 The Nordic countries are moving towards a greener society with determination, which means that the energy sector is facing major changes and time is running out. At the same time, electrification is booming: cars, trains, ships and other transport will soon need twice as much electricity as today. How can we meet the goal of becoming climate neutral by 2050 in a situation where the thirst for energy is so big?

It’s clear that the energy sector needs to change quickly to meet the green target. The quantity of renewable energy sources must increase as the need for energy grows. Kevin Johnsen of Nordic Energy Research confirms that the share of fossil fuels is on a clear downward trend: “In the near future, it looks like most energy technologies will be with us for some time, but in the Nordic countries, growth is likely to come from solar and offshore and onshore wind turbines. We know that if the Nordic region is to achieve carbon neutrality, fossil fuel use will have to decline rapidly in the coming years.”

According to the Common Energy Development Plan for climate-neutral Nordic countries the share of fossil fuels in the primary energy supply should fall from 42% to 6-9% over the next thirty years.

“Going climate neutral will affect all our lives in many ways. From the cars we drive (or don’t drive) to the way a building functions – improving energy efficiency is inevitable,” says Johnsen, giving examples of how living environments will change in the future.

According to him, one of the strongest findings of the Nordic Clean Energy Scenarios is that widespread electrification and increased renewable electricity production are key to becoming climate neutral. “This means that we have to get used to seeing wind turbines on the horizon and roofs covered with solar panels, because they will be a rather common sight,” he says.

The Nordic countries are an excellent place for future investment – there is already a strong power system in place, and therefore good opportunities for combining production and consumption. Nordic TSOs are also making significant investments in the development of the power grid.

Johnsen says that whilst many are currently concerned that this transition to clean energy will be costly, most studies show that, despite the volatility of prices, the average cost is likely to be close to the current one. This means that in the future, there will be plenty of competitively priced green electricity in the Nordic countries, and it’s quite likely that its price will be even lower than elsewhere in Europe.

According to the Development Plan for Climate Neutral Nordic Countries:

There is also close cooperation on the international energy market. According to Johnsen, Norway is a major energy exporter: “The main exports are oil and gas (more than 2,000 TWh per year), as well as electricity, with net exports ranging from -0.3 to 19.4 TWh over the last decade. This may seem small compared to oil and gas exports, but 20 TWh is about fifteen percent of Norway’s typical electricity consumption, which is ca 120 TWh.”

In order to cover the total need for power, the Nordic TSOs plan to build more than 10,000 km of lines and more than a hundred new substations in the future. The investment amounts to nearly €25 billion.

Green electricity – the future of energy

As mentioned above, energy generation must primarily increase in terms of renewable energy volumes. The construction of onshore and offshore wind farms, which are still the cheapest way to produce green energy, is continuing in Sweden and Finland. However, the opposition to onshore wind farms in

Denmark and Norway, as well as in Estonia, is relatively strong, which is why wind farms go offshore.

Thanks to advances in technology, offshore wind farms are also becoming economically competitive, and today it’s possible to create connections to energy islands far from the coast without the cost of the electricity produced becoming unreasonably high.

The generation of hydropower in Norway is also likely to increase over the next twenty years, notably through the construction of new, smaller hydroelectric power plants. Hydropower is one of the most flexible ways of generating energy and will be very important in the energy system of the future, where intermittent generation will be much larger.

In the last couple of years, hydrogen has emerged as one of the potential key elements in moving towards climate-neutral society. Instead of refuelling with petrol or diesel, all heavy goods transport (including aircraft) could be powered by hydrogen in the future. Hydrogen could also be used to replace natural gas in existing gas networks.

Nuclear energy volumes in the Nordic countries will remain fairly stable in the coming decades. Olkiluoto 3 and Hanhikivi nuclear power stations will be launched in Finland and the Loviisa reactor will presumably be decommissioned. There are six reactors in Sweden, the oldest of which, Forsmark 1, is scheduled to be decommissioned. No new reactors are planned, but discussions are ongoing on how to extend the lifetime of the reactors currently in operation.

The European Commission wants to designate nuclear energy as green energy. The document says that nuclear power should be considered a sustainable economic activity as long as EU countries with nuclear power plants can safely dispose of toxic waste and meet the criterion that there must be “no significant damage” to the environment. The construction of new nuclear power plants will be declared green for licences issued until 2045.

A significant part of Nordic cooperation is sharing knowledge and data on the overall energy system and market developments are monitored both in the Nordic countries and in Europe as a whole.

It’s important that processes are transparent and stakeholders are involved at an early stage. Stakeholders are therefore invited to provide feedback on which energy issues should be subject to even closer cooperation in the future.

The Common Energy Development Plan for Climate Neutral Nordic Countries is updated other second year; the next report will be published in 2023.