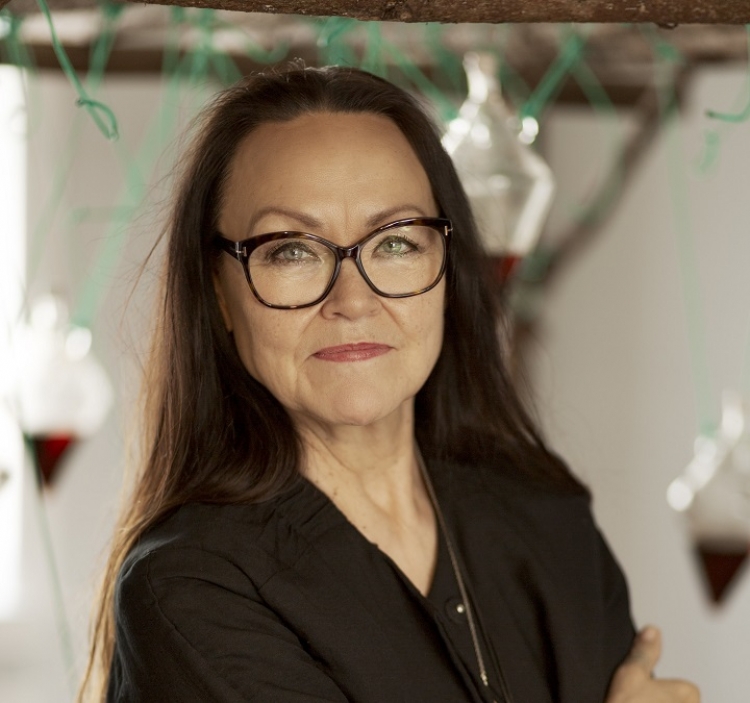 „To me poetry is a way of trying to find a language within the space. “

Jessie Kleemann is a poet, dancer and video and performance artist from Upernavik, Greenland. She lives and works in Copenhagen. She has performed internationally as well as in the most remote villages in Greenland.

Kleemann gives Greenlandic traditions and beliefs new life in her art. In her work traditional Eskimo motifs meet the globalised present. Mystical natural images collide with real social problems, sea mothers with Brigitte Bardot, dog sleds with 4-wheel drive off-road vehicles. She searches for heritage and identity in the material of the post-modern, creating art in which the beautiful and the ugly do not exclude each other.

Jessie Kleemann was born in Upernavik in northern Greenland in 1959 and trained as a lithographic artist. She was a student at the Tuukkaq theatre in Fjaltring in northern Jutland and from 1984 to 1991 director of the school of arts in Nuuk. Between 1991 and 1993, she was the coordinator of the exhibition project Arts from the Arctic as part of the UNESCO programme for the decade of indigenous people. She has participated in Nordic and international exhibitions as well as in many one-person exhibitions and as a poet has represented Greenland at Nordic and international literary events. Kleemann writes in Greenlandic, Danish and English. Her works have been translated into Spanish, Norwegian, Icelandic and Faroese. Her poetry in Estonian can also be found in the poetry collection "Kiirus vaikuse sees" (published in 2006, translated by Kai-Mai Aja).

She is especially known for her provocative performance art, in which she has developed a form of ‘body art’ based on ancient masque performances. Like the words and enactments in different performance videos, she uses the artist’s body as a living canvas, often incorporating it into her exhibitions.

The meetings will take place thanks to the "The Nordic Writers Crossing Borders" programme, which is financed by the Nordic Council of Ministers´ and Nordplus.