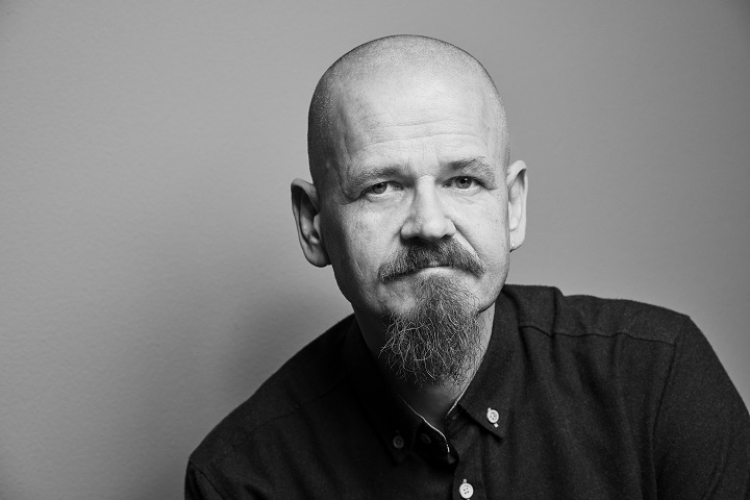 On February 25 at 18.00 lovers of Nordic literature will have a great opportunity to meet with renowned Danish-Norwegian writer Kim Leine (born 1961 in Norway). Discussing with Kim Leine will be Estonian prose writer and playwright Tiit Aleksejev.

The conversation evening will take place in the cozy atmosphere of the Danish Embassy (Wismari 5, Tallinn). In celebration of Shrove Tuesday, there will be coffee, tea, and Danish semla. The event is in English.

After high school, Kim studied nursing, got married and got a job in Greenland. He spent a total of 15 years in Greenland. This period saw the breakup of his marriage, dramatic female relationships, increasing alcohol and drug use. Freed from his addictions, he finally returned to Denmark and, at the age of 46, made his long-standing dream come true - Kim Leine became a writer. The debut novel, the tearfully sincere Kalak, was released in 2007. The book was largely autobiographical, and was a huge success.

In 2012 Kim Leine published his third work, a major historical novel, Profeterne i evighetsfjorden (The Prophets of Eternal Fjord, published by Ene Mäe in the Nordic Novel Series of the Estonian Book in 2016). It is a powerful Greenlandic saga based on actual events in 18th century Denmark and Greenland. The book has been sold to 23 countries and over 100 000 copies have been printed in Denmark alone. The novel has been much acclaimed and has received the most prestigious Nordic literary prize, the Nordic Council´s price for literature.

Please let us know of your coming to This email address is being protected from spambots. You need JavaScript enabled to view it. or by phone at 6306400 by Friday, 21 February. Take along a document with a photo.

The event is organised in cooperation with Danish Cultural Institute in Estonia, Latvia and Lithuania, Embassy of Denmark in Estonia and Nordic Council of Ministers Office in Estonia. The visit is a apart of the Nordic Writers Crossing Borders programme.