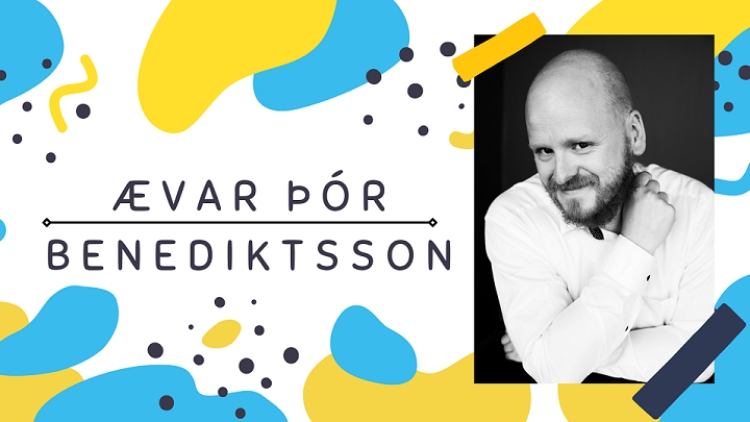 Ævar Þór (Aevar Thor) is an actor and author, best known in Iceland for his work as Aevar the scientist (in TV, radio and book form) and for his bestselling "Your very own"-series of books, where the reader takes an active role in shaping the storyline.

He has won several awards for his work, including the Icelandic Children's Book Awards, The Bookseller's Awards, four Edda-awards for his TV-show and a special award by the Ministry of Culture and Education, in recognition of his contribution to work on the Icelandic language. He was nominated for the Icelandic Literary Prize for Children and Young Adult Books in 2016 for the book “The Robot Attack” and was a finalist and first International Selection of the DeBary Outstanding Children’s Book Awards in the same year for the book “Dinosaurs in Reykjavik”.

Between 2015-2019 Ævar launched five annual nation-wide reading challenges for all the children in Iceland between the ages of 5-13. At the end of each challenge five participants were randomly selected and as a reward they got to be characters in the book series "The Young Adventures of Ævar the Scientist". Over 330 000 books were read in the five challenges. In October of 2017 he was nominated for the ALMA awards, as a "Promoter of reading" and again in 2018. In 2017 Ævar was also chosen as one of the Aarhus39 - a collection of the 39 best emerging writers for young people from across Europe.

He currently lives in Reykjavík, Iceland, with his fiancé, their son and a cat.