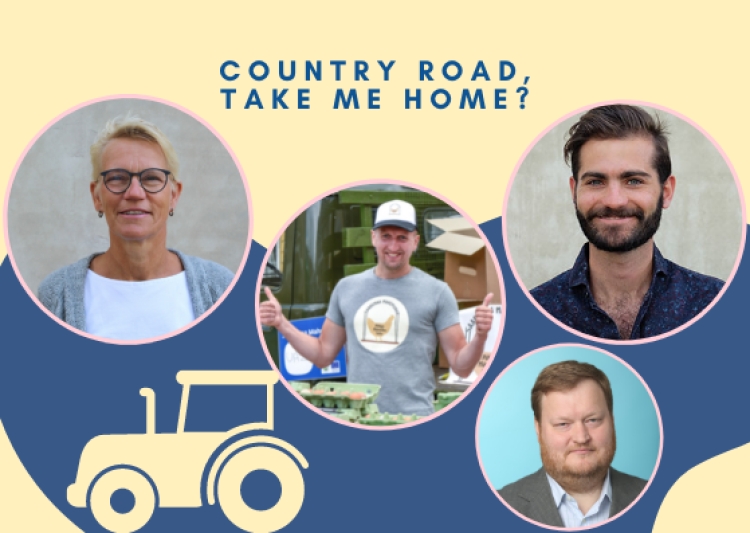 With the rural population in steady decline, many companies and politicians are increasingly pondering how to make regional areas more attractive places for people to live and work. But is that even something we need to be doing? The new podcast of the Estonian office of the Nordic Council of Ministers (NCM), entitled ‘Country Road, Take Me Home?’, focuses on the plusses and minuses of living in the countryside and debates whether urbanisation is a problem that needs solving.

“Urbanisation is a long-term trend in the Nordic countries and Baltic States, whose populations are concentrated in larger urban centres,” explained Andra Heinat, an adviser to the Estonian office of the NCM. “Every so often the issue rears its head and we read that more people – and young people in particular – are needed in regional areas. In planning this latest podcast, our aim was to determine whether this is an issue we even need to be discussing, and if so, then why. We also wanted to provide an overview of the state of things in country areas and showcase good examples, solutions and approaches from the Nordic countries.”

The argument most often presented is that people are abandoning rural areas because of the lack of jobs. Demographic and employment data from regional parts of the Nordic countries and Baltic States from the last decade show marked differences in migration and emigration rates and in terms of the impact of local workplaces. Traditionally, the understanding has been that people go to where the jobs are. However, jobs also follow people. “That’s why the question comes up as to whether somewhere to work – which is to say getting by financially – is the only deciding factor here or whether there are fewer young people in regional areas also because insufficient attention is turned to social sustainability,” Heinat said.

The podcast is hosted by Olavi Petron, the director of the Rural Affairs Policy and Analysis Department at the Estonian Ministry of Rural Affairs. He is joined by Nordregio's research fellow Alberto Giacometti, who specialises in regional development, governance and planning processes; Nordregio’s research director Karen Refsgaard, whose work focuses on regional development and policies; and young Estonian entrepreneur and Saaremaa Mahemuna founder Tanel Tang, whose aim in running a business in the countryside is not merely to get by, but also to offer people farm-fresh eggs from happy free-range chickens.

The podcast is the sixth in the English-language ‘Sustainable Nordic Economy’ series, which looks at what sustainable economic systems are based on and what role the circular economy and bioeconomy have to play in this.

The podcast is available on our Soundcloud page.