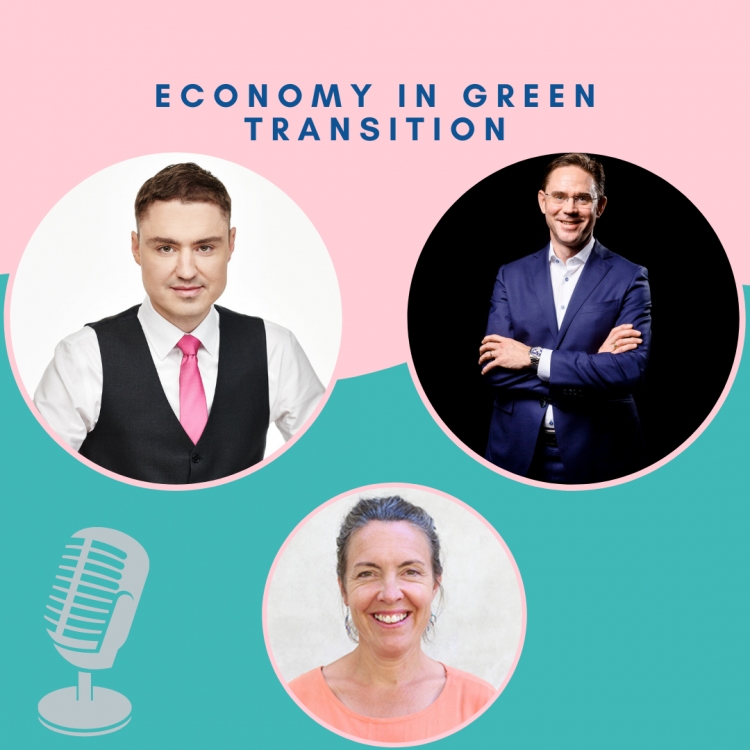 The climate crisis and the reduction in biodiversity are having an impact on a variety of fields all over the world, and it is the nature and size of the global economy that can be considered the main culprit: it no longer fits within the boundaries of our planet’s ecosystem. At the same time, the very economy which is destroying that ecosystem is dependent on it. Even if we are aware of the nature of the problem, are we willing and able to solve it?

Madis Tilga, the green economy adviser to the Nordic Council of Ministers’ Office in Estonia, says that the economy is often treated as a standalone field with only limited connections to nature and the environment. “It’s as though the economy operates in a vacuum with its interest rates and growth forecasts, and with no one realising what makes all that possible,” he remarked. “To put it another way, every true economist should also be a defender of the environment, since in doing so they’d be protecting the very basis of our economy. Thankfully, there seems to be a growing understanding that we need comprehensive policies that will lead us to sustainable societies and a sustainable economy.”

How should we move forward, and what results might the circular and green economies bring? How can we achieve a situation in which political decisions are based on the connections that exist between the economy and nature? And how can ordinary people contribute to this? These are the questions that former Estonian prime minister turned entrepreneur and chairman of the supervisory board of self-driving car producer Auve Tech Taavi Rõivas and former Finnish prime minister and current president of the Finnish Innovation Fund SITRA Jyrki Katainen discuss in the latest podcast, moderated by the international research institute Nordregio’s head of communications and outreach Asa Ström Hildestrand.

The podcast is the third in the English-language ‘Sustainable Nordic Economy’ series, which looks at what sustainable economic systems are based on and what role the circular economy and bioeconomy have to play in this.

The podcast is available on the Nordic Council of Ministers’ Soundcloud page.