What exactly is a smart eco-city? 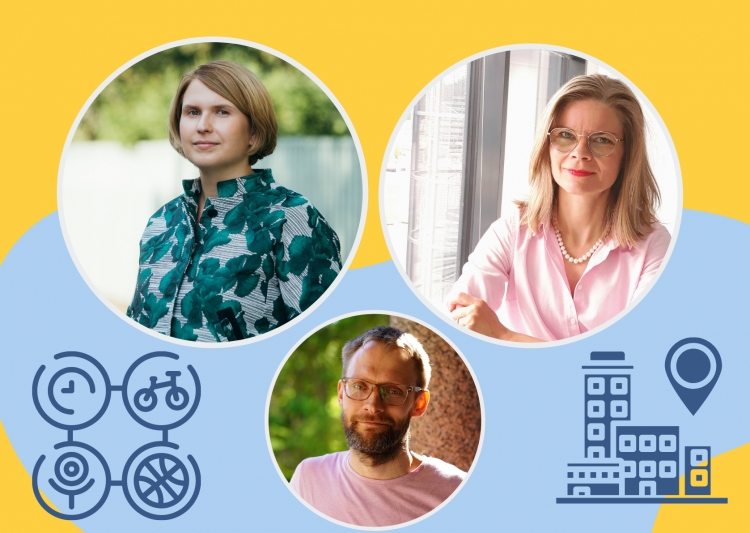 The latest podcast coming out of the Estonian office of the Nordic Council of Ministers (NCM), entitled ‘Living in a Smart Eco-city’, looks at how smart cities set themselves apart and what attracts us to them. What role does technology play in such cities, and how can we make smart decisions?

“Often the mantle of ‘smart city’ conceals the introduction of new technologies running right through a city’s nervous system, which in and of itself should make the place more climate-proof and a better place to live,” remarked NCM green economy adviser Madis Tilga. “How smart the city is, to all intents and purposes, is proportionally linked to the scope of technology it employs.”

Guests Kristi Grišakov (TalTech) and Johanna Palomäki (Head of Planning for the City of Espoo) feel that such a techno-optimist approach makes little sense. They say that the main instrument in shaping urban space should be people- and ecosystem-centric planning and smart governance. With those in place, technology then provides the tools needed for assistance. “It’s frequently the case that by setting technology as our top priority we fall into a trap, and instead of the technology following our values, we find ourselves following the paths the technology leads us down,” Tilga warned. “On top of that, the most liveable cities in the world, according to the rankings at least, aren’t the biggest techno-pioneers anyway.”

The podcast also asks whether it makes sense for 60% of urban space to be reserved, in one way or another, for cars. For example, in some districts more room is given over to cars than to living space. A city’s underground infrastructure is hidden from our view, but it is the cables and pipes laid there that determine whether there is room for trees and green space above ground. The situation, however, should be the other way round – how we wish to use urban space should determine the network of pipes beneath our feet. Tilga, Grišakov and Palomäki also discuss how best to implement change in a city and the potential in Tallinn holding the title of ‘green capital’.

The podcast is the fifth in the English-language ‘Sustainable Nordic Economy’ series, which looks at what sustainable economic systems are based on and what role the circular economy and bioeconomy have to play in this.

The podcast is available on our Soundcloud page.