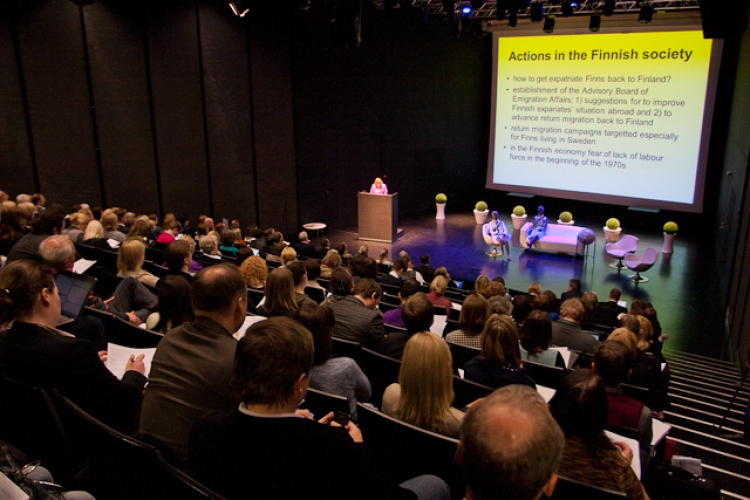 Migration and the movement of labour are contributing to the development of and cooperation between the Nordic countries and the Baltic States. This is very much a positive thing, but you have to recognise that if the movement is mostly in one direction, there's the risk of a brain drain which could lead to long-term social and economic instability in the region. Not to mention the aging population and the impact of the financial crisis. The Nordic-Baltic region is so tightly connected that we can't afford to ignore these threats. That's why we've decided to initiate a project on migration and demographic challenges in the region.

The starting event of the project was the 'Migration and Demographic Challenges in the Nordic-Baltic Region' conference in March 2013. The aim of the conference was to bring together the results from a number of studies on migration and labour mobility in the Nordic countries and Baltic States. Around 240 researchers, experts and policy- and decision-makers gathered to exchange experiences and present key findings from recent studies in order to start shaping a common understanding in the region regarding migration and demographic challenges. Migration- and population-themed events were also organised by the Nordic Council of Ministers' offices in Latvia and Lithuania in 2013.

A year after the opening event of the labour migration and population development project we organised a high-level conference entitled 'Labour Mobility and Transnationalism in the Nordic-Baltic Region' in association with the University of Tartu, the Estonian Ministry of Social Affairs and other partners. The central themes of the event were transnationalism as a new phenomenon and the Ministry of Social Affairs' political analysis entitled 'The emigration potential of the working-age population of Estonia in 2013'. Around 70,000 people commute from one country to another every day in the Nordic region. The Nordic countries have gained from this development. But what if we managed to make people and companies value the Nordic-Baltic region? What if we got rid of all the boundaries and helped the people in our region develop, work and live? The topicality and importance of the theme were reflected in the media coverage the event gained and the large number of attendees – more than 230 experts, researchers, policy-shapers, officials and other interested people from Estonia and abroad.

The third Nordic-Baltic labour migration conference 2015 focussed on immigration, more particularly preparedness for new trends – which could see Estonia, Latvia and Lithuania becoming migration destinations, including for those returning from other countries. Increasing immigration calls for a significant change in opinions and attitudes in the society. Different ways of thinking and cultural backgrounds are the foundation of all kinds of innovative ideas, so one should regard immigration as an important development opportunity. The conference hosted more than 200 guests: authorities, politicians, company and employer organisations, researchers, non-profit organisations and experts whose field of work includes labour migration and/or immigration issues in the Nordic countries and Baltic States. A video of the entire conference can be viewed on the website of daily Postimees.

The main topic of the fourth conference in 2016 was immigration to the Nordic and Baltic countries and, more specifically - our preparedness to deal with new arrivals, including the adaption process and subsequent integration of the beneficiaries of international protection. Experts shared their experiences with handling the migration flow of people coming from increasingly varying ethnic and cultural backgrounds, starting from the documentation process and finding them a place to live and work to assisting orphaned war refugees. They brought examples of how to inform citizens of receiving countries and explain the situation. Watch videos from the conference on our YuoTube channel.

Nordic-Baltic migration conference 2017 was headlined ““Immigration to the Nordic-Baltic region: New challenges for nation states in the age of migration”. First half of the conference dealt with immigration policy and the challenges of integrating the new wave of asylum seekers to Europe, while the second half looked at the interrelations between the media and migration and the new challenges migration is creating for nation states. The topic of the keynote speech given by MEP Professor Marju Lauristin was the changing definition and future of nation states and the emphasis on the importance of shifting the balancing point of integration policy between the EU-wide level and the nation state level. Currently too much is left up to nation states or even local municipalities, with too little regulation on the EU side.

A recurring theme of many of the presentations was integration on the labour market and in employment as well as culturally. States must help to ensure that migrants have easier and faster access to the labour market through changes in policy. Likewise, immigrants integrating with their host country's culture is even more important than merely learning its language. It could even be concluded that without cultural integration there can be no nation states. Another major theme was the sharing of a series of guidelines for dealing with crisis scenarios. The keywords were establishing constant and honest communication; leaving aside emotions and maintaining rationality whilst also retaining empathy; involving as many relevant parties in resolving the crisis as possible; and sustaining healthy relationships with everyone involved, no matter how difficult it may seem. Overall it is important to find a balance between idealism (what should be done) and pragmatism (what can be done). See conference video online.

Visit our image gallery to view pictures from the conferences.

Articles and summaries of the labour migration events

Articles and summaries of the labour migration events

Press coverage of the 2015 conference

Press coverage of the 2015 conference

Press coverage of the 2014 conference

Press coverage of the 2014 conference

Press coverage of the 2013 conference

Press coverage of the 2013 conference 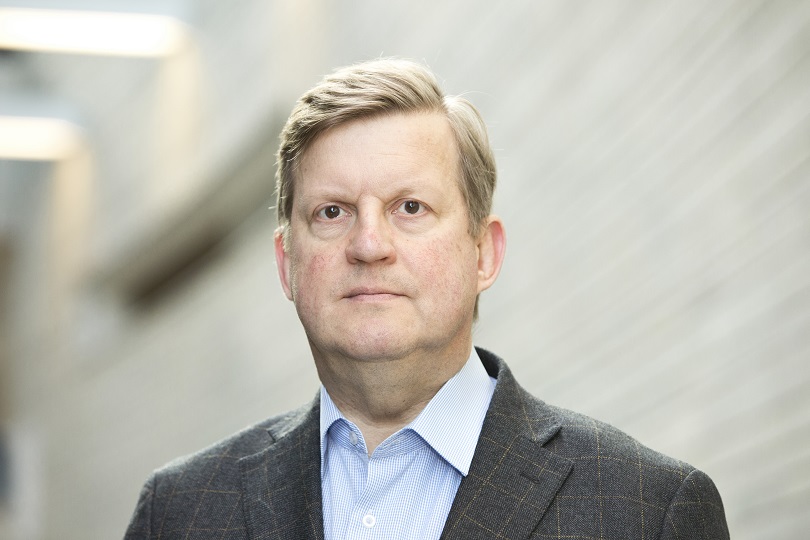 INTERVIEW | Latest release from rappers nublu and Mikael Gabriel hints at how everyone can do their bit to save the world
The Opinion Festival 2022: Navigating next-gen technologies for culture
Integration is like running a marathon and a sprint at the same time
Professor Eamets on mass migration to Europe: a deepening crisis or a critical lifeline?
Tartu hosts conference on integration of war refugees
View more news...