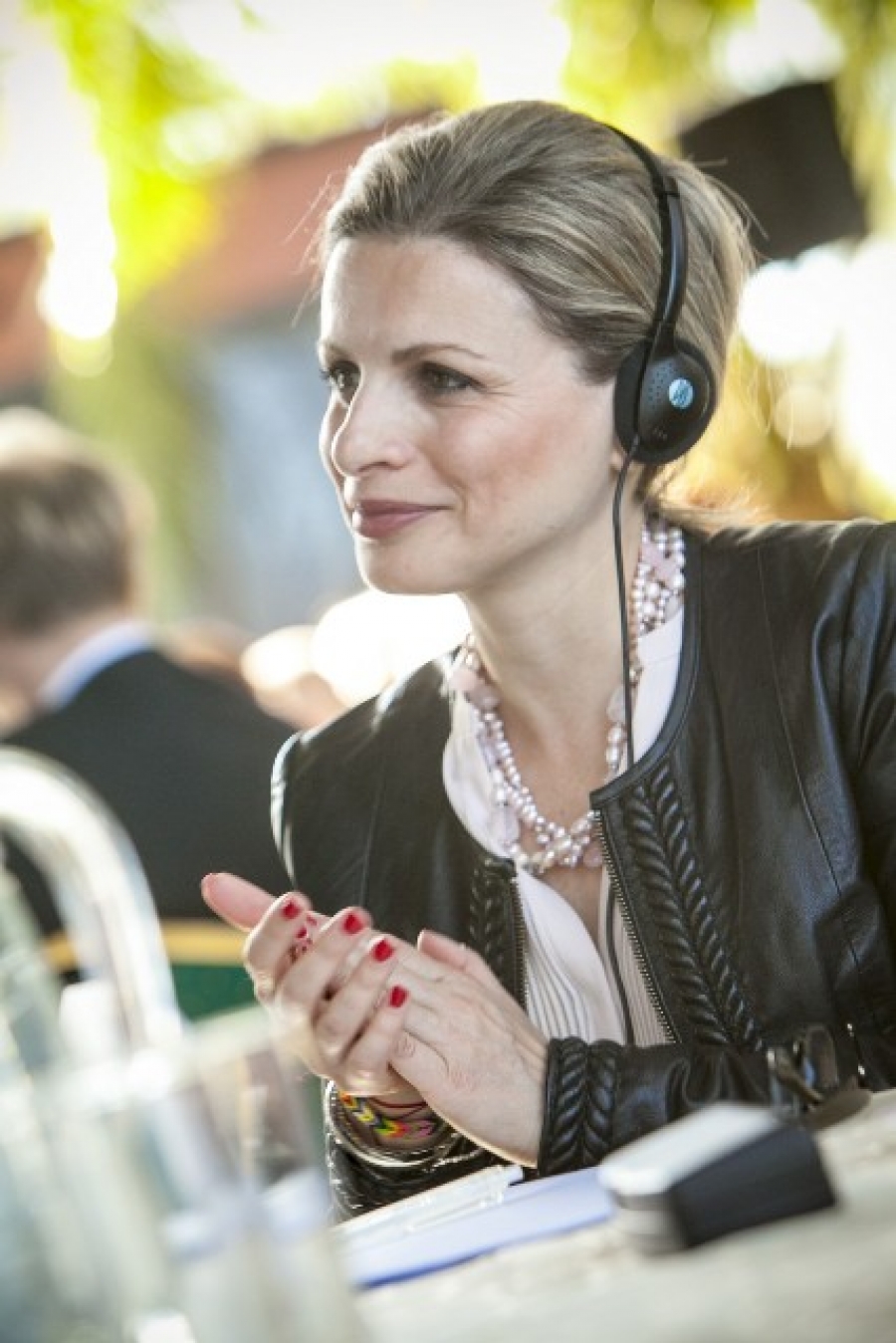 It is important to have a long-term strategic information campaign aimed at changing patterns of behaviour and attitudes towards human trafficking and its victims – this was one of the main proposals made by specialists in answer to the question of how to reduce demand for human trafficking and to prevent recruitment at the expert forum "Trafficking in Human Beings: Recruitment, Identification, Victim Support"* held on 24 April in Tallinn.

Approximately one hundred police officers, prosecutors, judges, state officials and victim support specialists from the Nordic countries, the Baltic States, north-western Russia and the United Kingdom took part in the expert forum organised by the Nordic Council of Ministers. The forum ended with roundtable discussions involving the specialists.

Society must condemn trafficking in human beings. Since changing values and attitudes can take decades, the nature of human trafficking and its consequences should also be explained to children and young people at schools, in hobby centres etc., said the specialists. People should understand the possible background of the cheapest goods and services – that cheap prices may be the result of the unethical and criminal abuse of people.

Warnings about trafficking in human beings and suspicious offers (e.g. offers of wages considerably higher than usual) should be displayed in job-seeking portals and sex service forums.

Control of companies and a more harmonised labour market

Entrepreneurs also lack the necessary knowledge and responsibility, which is why it is necessary to explain to employers that they can contribute to human trafficking by hiring cheap labour via agents. The areas that need attention are agriculture, fishery, hotels and other service companies. The authorities should organise regular inspections to review the employment contracts and conditions of workers.

Laws and employment contracts should be similar in different countries so that workers find their rights easier to understand and recognise the kind of contracts that may be offered by human traffickers. For example, the main working conditions in Estonia and in the Nordic countries should be similar. The use of victims of trafficking in human beings should be criminalised and both employers and sub-contractors should be held accountable.

At the same time, it should be easier to punish companies that use victims of human trafficking. This requires closer and more systematic cooperation between countries and authorities, such as labour inspectorates, migration boards, police and tax boards. For example, the tax board or labour inspectorate could commence investigations in companies if it is impossible for the police to act. 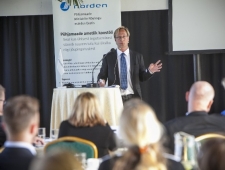 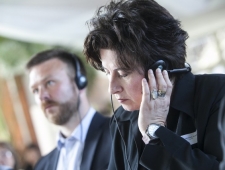 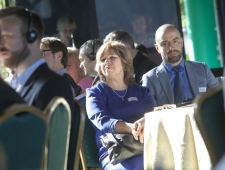 The objective of the follow-up project of the fight against trafficking in human beings of the Nordic Council of Ministers is to make the cooperation between Nordic and Baltic police forces, courts, prosecutor's offices, NGOs and other experts more efficient, faster and more innovative than before. The need to take action is obvious: irrespective of hundreds of in-depth studies, reports and recommendations, the number of human trafficking victims in Europe is growing whilst fewer criminals are ending up behind bars.

"Something is very, very wrong here," admitted EU-Anti Trafficking Coordinator Myria Vassiliadou when opening the expert forum. These are not problems of the third world, as one might erroneously suspect. Vassiliadou says that most of the victims and perpetrators are citizens of the EU.

The demand for human trafficking therefore remains high in Europe and a lot of money is circulating in this serious form of organised crime, added Vassiliadou. 24,000 victims were identified in Europe from 2008-2010, but this is just the tip of the iceberg.

Estonian Minister of the Interior Hanno Pevkur added that it is primarily a social problem where someone takes advantages of another person. "The scars of the victims are deep and will probably remain with them for life," he said.

What can we do?

According to Vassiliadou, the EU should give equal attention to the victims of all forms of trafficking in human beings. The main trend in human trafficking some time ago was recruiting people for prostitution, but forced labour, forcing people into criminal activities (such as stealing, illegal transport of goods and fictitious marriages), removal of organs etc. have since been added to the list.

The EU strives to be innovative in its anti-trafficking activities and to always remain one step ahead of the criminals. According to Vassiliadou it is of utmost importance for all Member States not only to fully and swiftly transpose the EU anti-trafficking law but also to implement it in practice. The EU law also asks the member states to reduce and discourage demand as well as consider making the use services which are object of exploitation a criminal offence and ask the Commission to report on the situation in member states by 2016. Vassiliadou said that irrespective of differences in their legal systems of EU member states, we are joined by common values. "The exploitation of victims of human trafficking cannot be tolerated by anyone and everything must be done to eradicate this phenomenon", emphasised the EU Anti-Trafficking Coordinator. 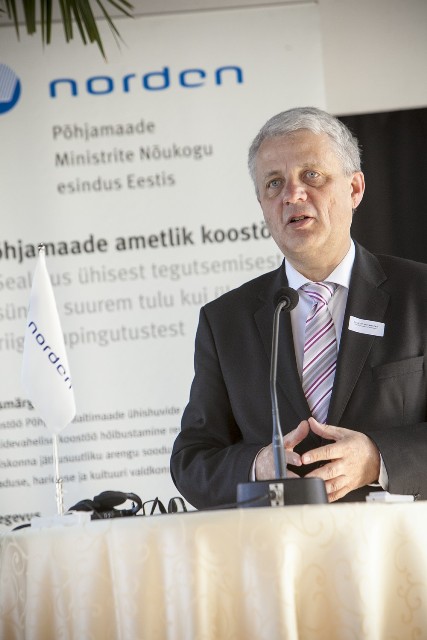 "The steps taken by states in combatting human trafficking are the basis for everything, but they alone are not enough," emphasised Secretary General of the Nordic Council of Ministers (NCM) Dagfinn Høybråten (pictured). "Our activities must reach across borders if we want to end this modern form of slavery." According to Høybråten, the project of the NCM must make it much easier for a police officer working in Tallinn to pick up the phone and call a colleague in Oslo with whom they have already met and exchanged experience.

International partnerships and cooperation networks, along with exchange of experience, are the basis for quick reaction, apprehension of criminals and victim support.

The Baltic States are primarily states of origin or transit when it comes to trafficking in human beings, while the Nordic countries are the target countries. The Nordic experts who spoke at the forum pointed out that forced labour is a serious problem in Norway – a growing trend among young men – and children who have ended up in the clutches of human traffickers. Police officers, border guards, judges and prosecutors have a lot of work to do, which makes cooperation with victim support organisations even more important.

Member of the Swedish Parliament and BSPC Rapporteur on Trafficking in Human Beings Johan Linander, who has been dealing with issues of human trafficking for the last 7-8 years, says it is time to stop talking and to start taking action. The Baltic Sea Parliamentary Conference has made some recommendations regarding this, including:

Examples of problems mapped by the Council of the Baltic Sea States:

* Forum I was organised within the framework of a project of the Nordic Council of Ministers entitled Nordic – Baltic – North-West Russian Border Regional Cooperation Part II: Combating Trafficking in Human Beings for Forced Labour, Children and Sexual Exploitation.

Read more about the project, read the presentations and look at the photos here.