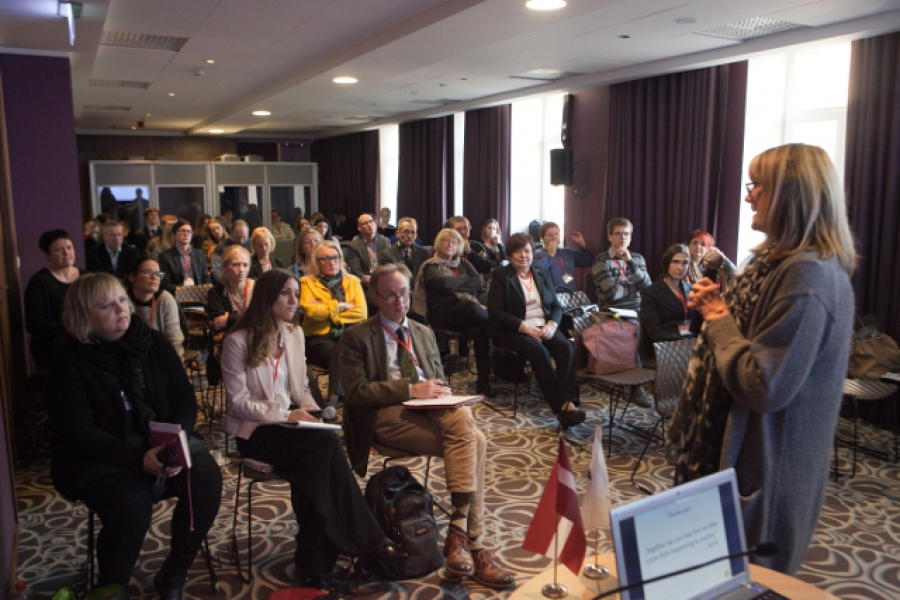 "We know exactly who the victims are and where to find them. We know the risk groups," said Maia Rusakova, director of the NGO Satellit from St Petersburg, at the Nordic-Baltic knowledge forum about the social consequences of the victims of human trafficking held in Rīga last week. The question is: what will become of these victims?

"The human rights of victims of trafficking should be at the centre of all efforts against trafficking, and victims should be protected, assisted and empowered," emphasised Sonja Mandt, a Norwegian MP and a member of the Nordic Council. "Victims and relatives of victims should receive unconditional assistance regardless of their status, their willingness to participate in criminal proceedings against traffickers or the kind of exploitation experienced."

Mandt added that the length of time given to victims to consider whether or not they would like to assist the police in their investigations remains a problem in the Nordic countries. "As human trafficking is a cross-border crime, this varied situation within the Nordic countries could be considered to make cooperation across borders more complex," said Mandt. 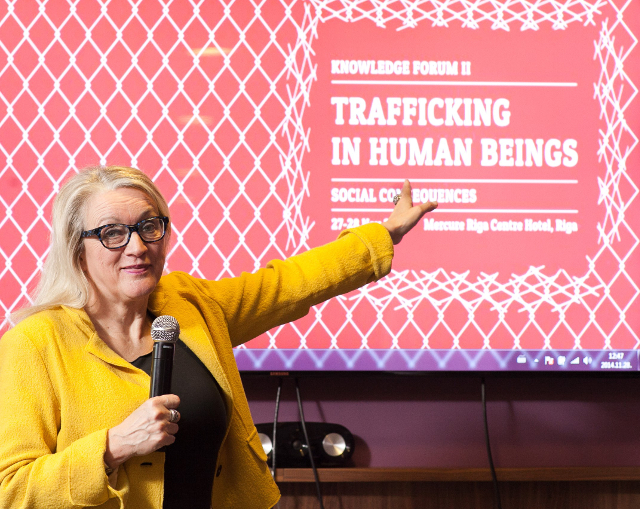 Men and women are trafficked differently, said Britta Thomsen (pictured), a former MEP from Denmark who has been fighting against human trafficking for decades. Whilst women and girls have mostly been trafficked for prostitution, new trends indicate that young men are mostly being exploited on the labour market. In Portugal this happens in the construction sector, while in the Nordic countries cases have been identified in cleaning companies, restaurants and berry-picking.

The gender difference was also highlighted in the recent UN Global Report on Trafficking in Persons, according to which 70 per cent of victims are women. Trafficking in children has also increased by five per cent compared to the period from 2007-2010. Every third known victim of human trafficking is a child and two out of three child victims are girls. Sonja Mandt is of the opinion that the number of young male victims may actually be much higher.

Thomsen said that the gender aspect should therefore be added to anti-human trafficking legislation and European directives.

Human trafficking as modern slavery has not decreased around the world and new forms of trafficking have emerged. Legislators and experts are trying to keep up with the criminals and constantly update laws.

Mandt says that criminals should be hit where it hurts most – financially. The police forces, tax authorities and other related agencies from different countries should cooperate efficiently to track and confiscate money emanating from human trafficking.

More criminals should be brought to justice and convicted. Cross-border cooperation and knowledge of difference legal systems is of key importance here.

Berglind Eyjólfsdóttir introduced the first case of human trafficking in Iceland. The trail left by the criminals led to Lithuania, and according to Eyjólfsdóttir the contacts obtained with the support of the mobility programmes of the Nordic Council of Ministers and exchange of experience with colleagues in Vilnius helped the investigation greatly. The investigators knew how things were done in Lithuania and who to contact in Vilnius.

In October, Nordic Ministers of Justice decided to initiate a three-year cross-domain cooperation programme in fighting against human trafficking and to allocate DKK 750,000-800,000 for this purpose. The new programme should cover the areas of justice, the labour market, health and social affairs. The Baltic States and north-west Russia will also be involved.

The knowledge forum that was held in Rīga on 27 & 28 November was part of the anti-human trafficking project of the Nordic Council of Ministers that was launched at the end of 2013. The Nordic Council of Ministers' Office in Estonia is responsible for the project. The objective of the project is to bring together experts from the Nordic countries, the Baltic States and north-west Russia so they can exchange experience and establish the contacts they need in their daily work.

The project also covers four events. The first knowledge forum focussed on the recruitment and identification of victims, the second on legal proceedings and the third on the social consequences of human trafficking. The project will end with a peer review conference in Vilnius in spring 2015.

Click here to read more about the anti-human trafficking project of the Nordic Council of Ministers and view presentations.

Merle Kuusk
Adviser, Nordic Council of Ministers' Office in Estonia
Telephone: +372 627 3105
E-mail: This email address is being protected from spambots. You need JavaScript enabled to view it.

Jan Widberg
Director, Nordic Council of Ministers' Office in Latvia
Telephone: + 371 6782 0050
E-mail: This email address is being protected from spambots. You need JavaScript enabled to view it.