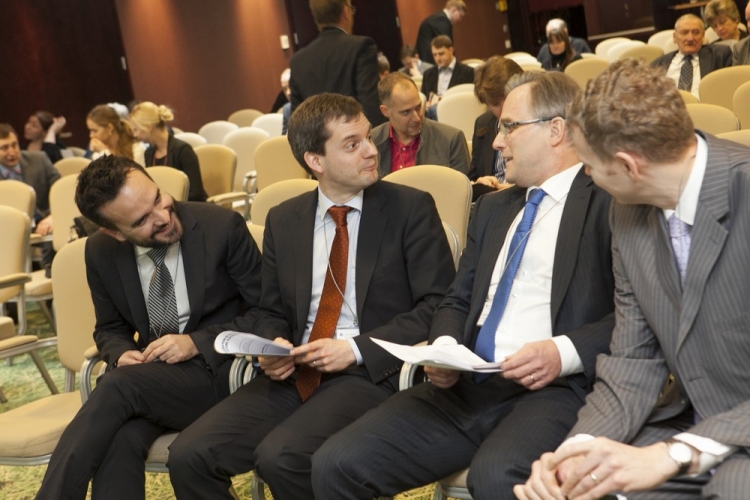 Simon Müller, representing the International Energy Agency, presented a very clear response: the integration of renewable energy into the electricity network is not a problem, and in technological terms there are practically no boundaries. The issue is simply the cost of doing so and how quickly we decide to move in that direction. Müller says there is certainly no need to ensure that 1 MW of conventional production capacity be planned in order to balance out the 1 MW of renewable energy produced for the electricity network. A number of solutions can also be found for consumers, such as electric cars and energy-saving electric kettles.

Keeping a lid on household appliances

One new approach worth mentioning is regulators entering into agreements with people directly so as to operate their household appliances according to the needs of the electricity network. In reward for ensuring the stability of the network, they would be issued with gift vouchers, for example, or receive other benefits. Such a system is used in the United States.

Projecting current trends into the future (IEA WEO) shows that by 2040 electricity produced from renewable sources will make up a greater proportion of electricity production than any other energy mediums. In the light of this forecast, Antonio Lopez-Nicolas, a policy official with the European Commission Energy Directorate General, announced that the European Union is seeking to become the world's leading renewable energy region.

Adding weight to this ambition was the presentation in Brussels last week of the European Commission's energy union strategy, whose goals are the better integration of the EU energy sector (thereby ensuring security of supply and reasonable prices) and the fulfilment of climate and renewable energy objectives. However, some attendees at the conference expressed doubts about the modest objective of the strategy – 27% renewable energy by 2030 – which is EU-wide but not binding on individual countries.

Renewable energy as goods and chattel

Representatives of the Nordic countries and Baltic States agreed that devising support schemes for renewable energy is a highly complex task. It is difficult to foresee technological developments and to make binding, long-term decisions on such a basis. At the same time, investment assurance is needed. Mistakes are inevitably made here and there are too many variables to create an invariable framework for the longer term.

It was through a highly generous support system that Lithuania obtained for itself 70 MW of electric solar panels within a short space of time, while Estonia has less than 3 MW of capacity in this regard. Latvia has faced similar developments with biogas. Both had to make severe cuts and establish restrictions to avoid overburdening the national budget.

The importance of working together and sharing lessons learned

Here a number of experts and national representatives underscored the importance of cooperation with the aim of exchanging experience and sharing plans.

Estonian Minister of Economic Affairs and Communications Urve Palo highlighted the range of interests and expectations that had to be taken into account when drafting the country's new development plan for energy management: security of supply, reasonable prices, environmental impact, ability to compete, the goals of the EU's climate policy and more. "If we're to sew all those threads together we need to really closely monitor developments in our neighbouring countries," she said. "And that's where cooperation becomes so important."

Johan Vetlesen, the deputy director of the Norwegian Ministry of Petroleum and Energy and a member of the Energy Committee of the Nordic Council of Ministers, remarked that cooperation with the Baltic States is having an influence on energy partnerships in the Nordic countries. "It's very important that we keep an eye on the EU's Baltic Energy Market Integration Plan," he said.

Vetlesen says the Nordic countries and Baltic States are of a like mind in regard to sustainable energy production, an open and effective energy market and security of supply. "It would make a lot of sense for us to share the 'tools' and the opportunities that every country has at its disposal," he said.

Stability vs dynamism in energy systems

The fact that energy issues are met with such fiery political adversity in many countries could be attributed to the specific nature of a country's energy system and economic model. Countries that enjoy a stable energy situation (i.e. steady economic growth) are characterised by little need for investment in the short term, as they attempt to make the most of existing capacity. Here it tends to be a case of capacity being redistributed when new players appear on the scene. Volumes do not increase – only proportions change. As such, the value of old infrastructure can potentially decrease, leading to business-based and political opposition.

In more dynamic countries (marked by more rapid economic growth) a holistic 'long-term' energy system is developed to which it is easy to add new capacity. Old players retain the productivity of their assets, while new players simply join the team.

The further opening up of the electricity market largely depends on data hubs and transparency. This in turn is a prerequisite for the development of a smart grid. It is clear that investments need to be made. In Sweden hydro-energy is no longer enough to balance out new wind capacity – additional balance energy must be found. Luckily, a schedule for the opening of a Nordic-Baltic capacity balancing market is already in place.

From the point of view of security the desynchronisation of the energy system of the Baltic States from the Russian network is also being planned.

Organised on the initiative of the Nordic Council of Ministers, the conference was attended by around a hundred experts, officials, electricity producers and sellers and representatives and regulatory bodies from Norway, Sweden, Finland, Estonia, Latvia and Lithuania, all seeking answers to the questions of the further integration and transparency of the single electricity market, the prospects of renewable energy and energy security.

The objective of the Nordic Council of Ministers, the Estonian Ministry of Economic Affairs and Communications, the Estonian Development Fund, the Estonian Renewable Energy Association and Elering was to offer a fresh perspective on both regional and national developments.

Photos from the conference can be found in our picture gallery.

Overview compiled by Madis Tilga, who is involved in issues of the green growth (climate, energy, the environment and more) at the Nordic Council of Ministers' Office in Estonia