CI financing forum 2015: Not every problem can be solved with money from investors 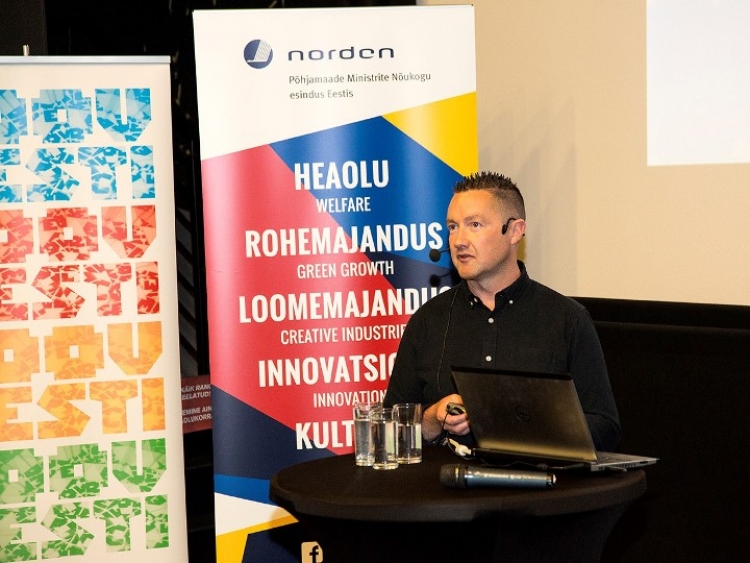 Such was the conclusion reached at a financial forum entitled 'Is investing in the creative industries gambling?', at which the various financing options open to creative industries were examined. The forum was organised by the Nordic Council of Ministers' Office in Estonia in association with Creative Estonia, the Finnish Institute and the Dutch embassy in Tallinn.

Topics covered at the forum included savings; borrowing from friends, family and fans; borrowing from the bank; angel investors; and raising capital from investors, the government and accelerators. Every alternative has its advantages and disadvantages.

People generally tend to put their ideas to the test using their own savings. "It's great if you have so much faith in your idea that you sink your own money into it," said entrepreneur Yrjö Ojasaar. "If you're able to do your testing without spending much, the greater your chances of success are. You have to decide how much of your money you're willing to invest in your idea – your whole life's savings? Is it worth it? If the market doesn't need your idea, you'll be left with nothing. Failure's the norm. The sooner you accept it, the better."

"Your friends might be willing to help," Ojasaar added, "but the important thing is that they understand they won't be seeing their money again – 80% of ideas fall flat on their face. And if your friends lose their money, there's every chance you'll lose your friends. The same applies if it's family money. Although in most cases they don't have a lot of it to offer." Ojasaar says it is a little safer using money offered by fans – there are always people who will run with an idea, whatever it is you're offering. They're enthusiastic about trying new things and will almost certainly want to be part of it.

Crowdfunding is a great idea because you know immediately whether the market needs or is interested in your creative idea. Luckily, Hooandja and (for smaller companies) Fundwise can be of help here in Estonia.

Lots of companies are started with loans. "Borrowing's an option as well, but you have to weigh up whether your business will grow by 21% per annum like your interest rate," Ojasaar cautioned. "If you think it will, then great." Ojasaar recommends sobriety in assessing risks. No one really wants to give start-ups any money, after all.

Support from the government and the state

The functioning of many areas of the creative economy relies on state support. "If that's where your financing's coming from you'll find it hard to do anything that shakes up the market, because no money that comes from the state is ever really inclined towards taking risks," Ojasaar explained. "If you take the government's money, you have to bear in mind that one person will always be stuck with the bureaucracy, doing things that have to be ticked off a list rather than what your business actually needs." Joost Heinsius, an entrepreneur with Values of Culture & Creativity in the Netherlands, says that government funding is required if certain sectors need to be stimulated. The experience of the Netherlands shows that support payments can be scaled back if you enable small companies to take out microloans.

There are more than 200 accelerators in the world, each focussing on different areas. At first they're a real boost to development, but not everyone gains access to them. The Tartu-based accelerator BuildIt decided to start supporting creative companies earlier this year. "We felt it was the right time to start investing in creative companies as well, since so few accelerators do," said Rene Tõnnison, one of the co-founders of the company and a member of its management board. "The creative economy isn't some marginal niche in Estonia – it could prove to be a really exciting challenge for investors. We've only seen the tip of the creative economy iceberg here, and there are so many parts of life that are connected to it that it could give rise to a lot of success stories."

Angels and other investors

As a rule, investors want to see that you've already made use of other fund-raising options, which is to say that you have complete faith in your idea. In order for your company to make it onto the radar of investor interest your idea has to be quickly scalable, your team has to blaze a trail when implementing your idea and all of the components needed to bring your idea to life have to be in place. "An unexceptional team can kill an exceptional idea stone dead," warned Heinsius. And investments need to be raised during the period of rapid growth. Heinsius gives the example of 'We want cinema!', the winner of the Creative Business Cup world championships for creative companies, which called a halt to the project when both money and enthusiasm ran out. "The majority of start-ups are dead and buried within four years," he added.

Heinsius divides creative companies into three groups, for each of which the most suitable financing model can be identified. He says you need to make the difference between:

"Money from investors isn't the answer to every problem," Heinsius said. "Just 1% of those who ask for it ever get it."

What do investors want?

Heidi Kakko, the CEO of the Estonian Business Angels Network EstBan, described angel investors and why they're prepared to put their money into making your company grow. "Angel investors are normally wealthier people, enthusiasts, who for some reason are taken with the kind of innovative undertakings younger people champion," she explained. "They want to be actively involved in it, and unlike ordinary investors they put their own money into it. Of course, they make sure the company has a proper business model and a dedicated and professional team, and that there's a good chance it'll turn a profit. A business has to be structured in such a way that investing is possible and the exit strategy for the company is understandable." Kakko says that angel investors look for 'superthings' – something that solves a pressing problem or speaks to people at an emotional level.

This point was also underscored by investor Andy Johnston from MOOR Capital in Sweden. "More than anything, you have to be interested in your field," he said. His company invests in big ideas that have the potential to change the world.

"Those we've invested in are ones we feel have a good chance of being successful at some point down the line," he explained. "Finding the right companies is really hard work. Ideas find their own way to us, but we also look for suitable ones ourselves. We follow the major trends and keep an eye on companies. We look for companies with a view to the future. The right chemistry with the team plays a role in investing, too. You have to like one another or nothing will come of it." Johnston says that investors should never start micro-managing: they should act as advisers and ask the right questions, not dictate answers.

How can an undertaking be made scalable?

Mika Ahokas, CEO of the Finnish company Dream Broker, says the key lies in your business model. "If you want to become a global company, you have to understand what your competitive edge is," he said. "You have to have some attribute, some feature, in which you stand out and are completely unique." He says that companies need different resources during different stages of development. "Being a small company – a one-room set-up – gives you a lot of independence, but as you grow you need rules, control mechanisms, a different kind of production and so on," he explained.

Heidi Kakko agreed with Ahokas on this point. She says it makes sense to involve investors' money a little at a time, depending on the stage of development the company is in.

Overview compiled by Tiiu Allikmäe from Creative Estonia. View photos from the forum at our picture gallery, presentations are available here.