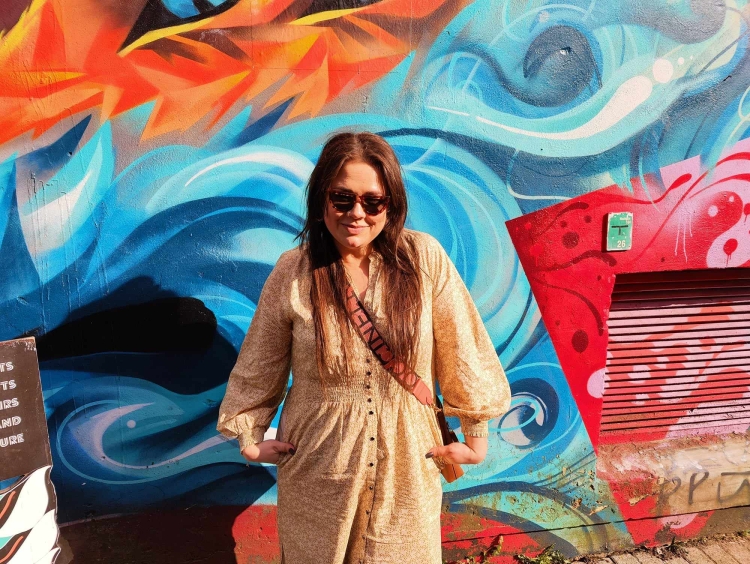 From trainee to a fully-fledged employee

Andra’s first contact with the Estonian Office of the NCM was in 2013 when she started her traineeship as an assistant advisor and editor for the former Cultural Advisor, Eha Vainu. Under Eha’s guidance, she participated in the organisation of the first Nordic-Baltic literature forum ‘National literature in the 21st century: insights and perspectives’. “As our cooperation went well, the traineeship was incredibly thrilling and my colleagues extremely nice, I grabbed the opportunity and also helped to organise the creative forum held in Käsmu and the creative economy series Nordic Look in the same year as well as the literary forum in 2014,” reminisces Andra.

Life led Andra in a different direction in the second half of 2014 and she ended up working in the Tallinn Airport, but the desire to work for the NCM remained in her heart. Her wish came true four years later – Andra returned to the NCM in 2018 to help the communications advisor and work on creative economy projects. In October 2020, she became solely responsible for culture and youth projects. “Eha Vain left me big shoes to fill, but I’m ready for this test,” says Andra.

Working in the Nordic Council of Ministers has given Andra many new experiences and broadened her horizons: “Although, as an Estonian, I identify myself as a northern person and it seems to me that we really have a lot in common with the Nordic people, there is always something exciting to discover in things that are familiar. I’ve been able to exchange my thoughts with many inspiring people and have exciting discussions with my great colleagues, writers, artists, opinion leaders and many others.”

Nordic literature and writers to the Baltic States 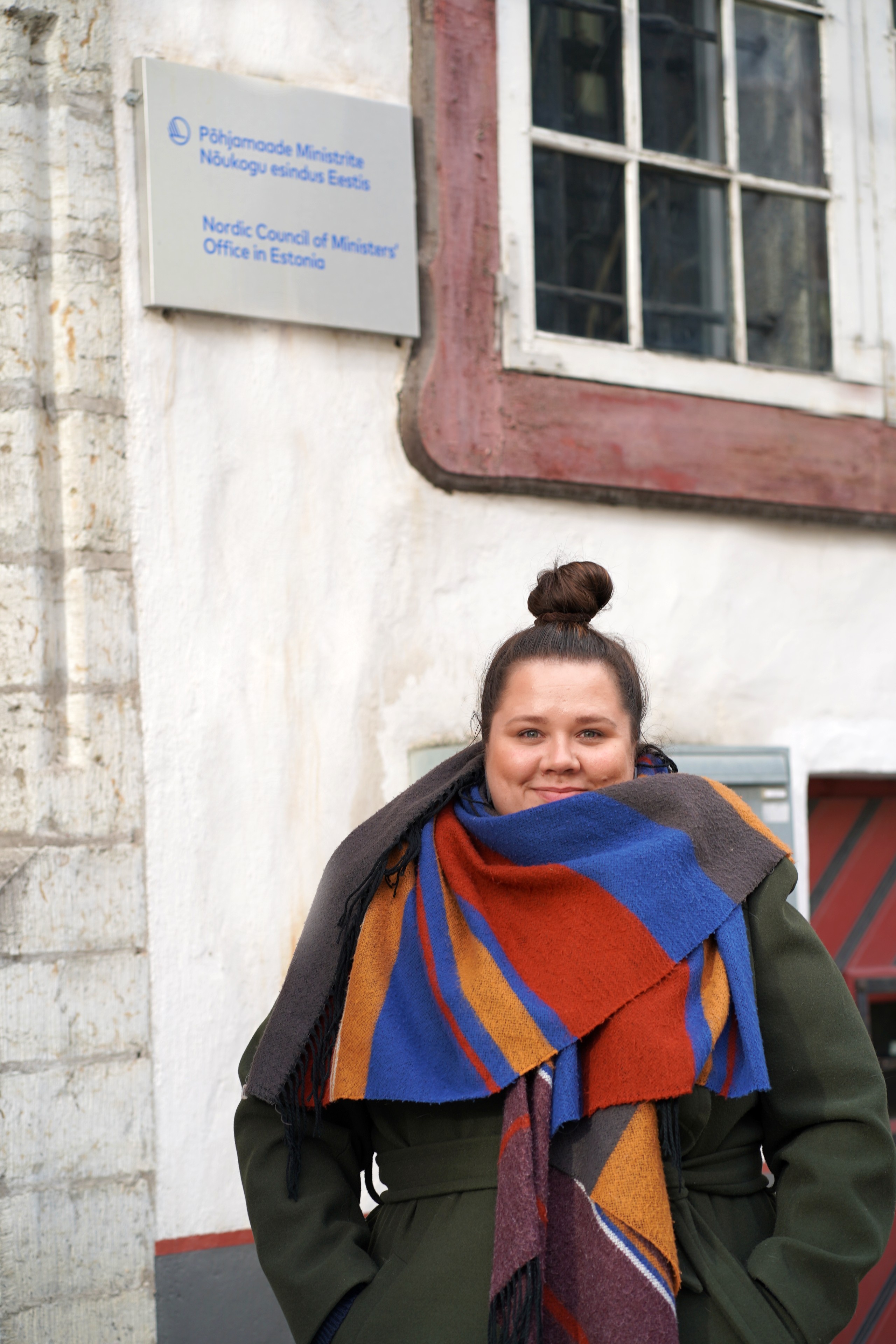 Andra's project with the longest history is the Nordic literature week, which has been organised by libraries and the Norden Association since 1997. It takes place annually in the second week of November and the same books are read at this time throughout the Nordic and Baltic countries, from Greenland to Lithuania. Another big and successful project is the cultural exchange programme ‘Nordic Writers Crossing Borders’, during which Nordic writers visit the Baltic States to introduce their works and the Nordic culture and organise workshops. Many authors have already visited the Baltic States within the scope of the programme, including the winners of the literature prize of the Nordic Council, such as the renowned Danish-Norwegian writer Kim Leine, one of the most outstanding illustrators of children’s books in the Nordic countries Linda Bondestam and Michael Katzfeld, who has been named the king of Danish crime thrillers. According to Andra, some visits of Nordic authors are planned for this year as well. Follow our website or Facebook page to find out who, where and when.

Andra’s work is very exciting and diverse, and there have been many projects close to her heart. One of the most memorable ones was the creative writing camp for young people held in Kihnu in 2019. 30 young people from Estonia, Latvia, Lithuania and Åland gathered on the small Estonian island of Kihnu to take part in the first Nordic-Baltic Creative Writing Camp. The main instructor at the camp was Caroline Ørsum from the Danish School of Creative Writing for Youth (Forfatterskolen for Unge).

“It was great to see how intense and focused the youngsters were when writing,” recalls Andra. “On the last day of the project, we all gathered by the fire and young people presented their work. There were writings from wall to wall: stories about fantasy worlds and about people’s own experiences. We could laugh about funny things, be moved by heartache, see the world through

the eyes of young people. We often forget how much young people see and how directly they perceive the world.”

It was also delightful that the feedback received from the participants was overwhelmingly positive and taking part in an international project broadened the horizons and developed the creativity of young people. “Innovative solutions start from creative ideas and personalities, which is why I’m pleased that the project also continued in 2020, when 30 young people gathered in Jurmala, Latvia, in order to write,” says Andra. “We hope that the situation will get better and we’ll be able to take on a similar project this year.”

Andra plans to bring exciting Nordic authors to Estonia and introduce Nordic films and art in 2021. The focus will be on children’s literature in the second half of the year. “I hope that we will be able to invite people to the Estonian Children’s Literature Centre, which will be flooded with books,” says Andra about her plans for the future. “We also want to introduce Baltic children’s and youth literature at the Myrin Children’s Literature Festival in Iceland.” 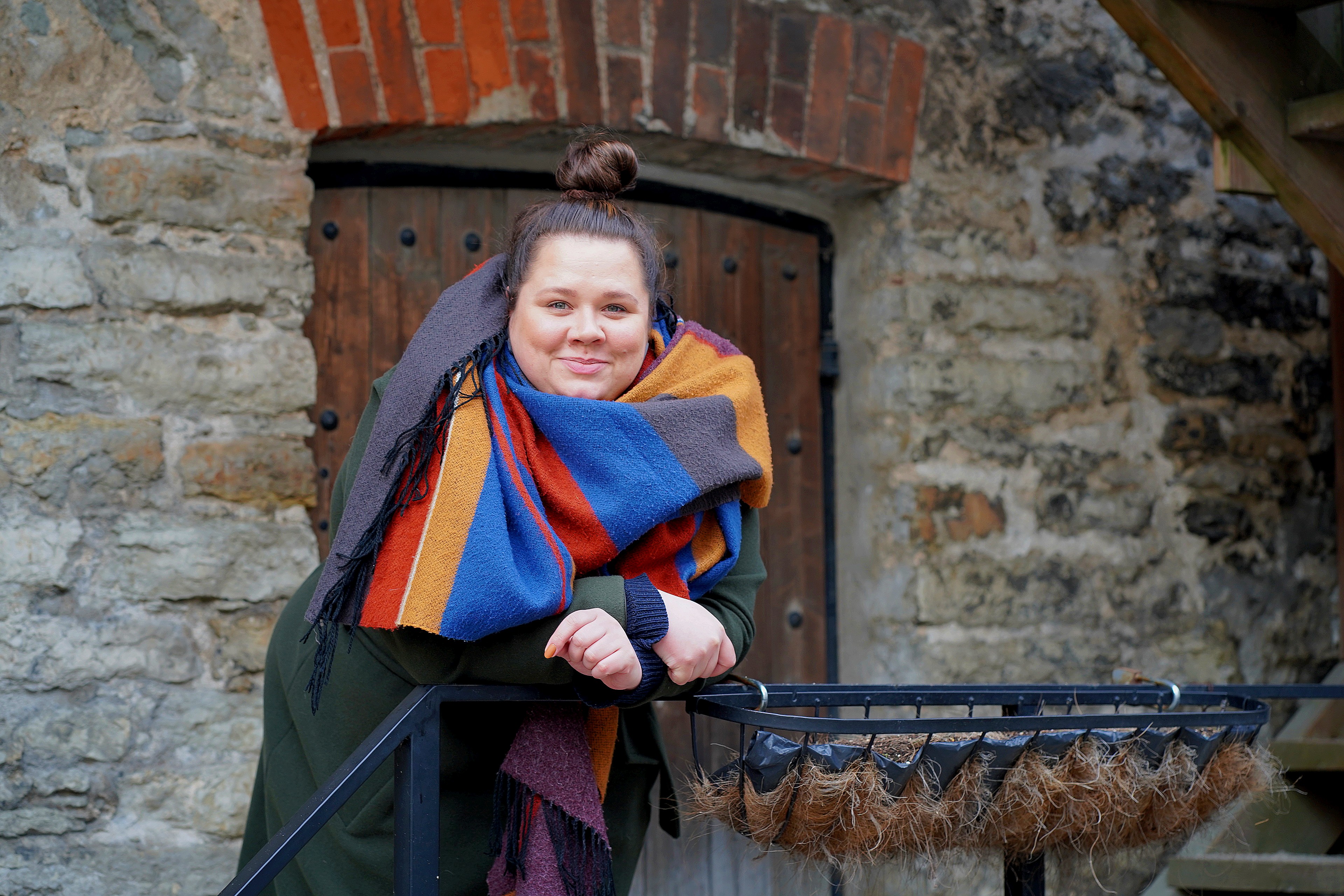 One must not forget Nordic values when organising various projects and communicating with lots of people. Andra says that trust, which by the way is also called Nordic gold, is important in her daily life. “I believe that nobody knows everything and nobody can check everything,” she says. “If we always try to do everything ourselves and don’t trust the others around us, we may burn ourselves out quickly.” When working in the NCM, she’s also started giving more attention to lagom, the Swedish and Norwegian philosophy of balance which means ‘not too much and not too little – just right’. According to lagom, life is like imaginary scales, which must always be balanced: no too much and not too little, but just right. The lagom way of thinking tries to remove the stress that we cause to ourselves, so that the scales are always balanced. For example, Linnea Dunne, Niki Brantmark and Elisabeth Carlsson have written more about lagom.

In addition to work, Nordic culture also fills Andra’s free time. Last year, for example, she discovered the Icelandic musician Daði Freyr thanks to Eurovision – his music makes her want to dance and brings a smile to her face. Andra’s playlist also includes many songs by Fever Ray and Lykke Li. She also likes to read, experiment with new recipes and play boardgames in her free time. Andra also says she’s a big fan of stand-up comedy and often goes to open mic nights.

When she had to stay in her home office, she and her partner started participating in the fredagsmys tradition. Fredagsmys is a Swedish expression consisting of two words – fredag (Friday) and mys (cosy) – and it means the tradition of spending Friday nights with friends or family and enjoying a relaxing night. “Every Friday, we either cook dinner ourselves or order something really delicious and watch a good movie. It’s a quiet and peaceful time for oneself to forget about work and everyday worries, and just relax. Highly recommended!”