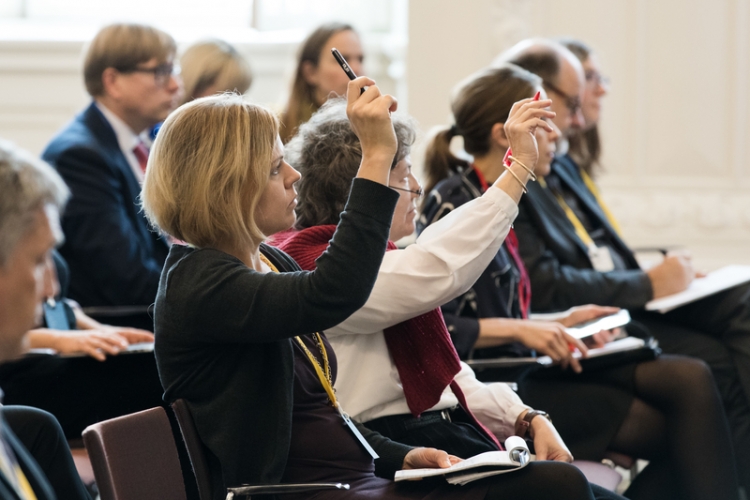 Nordic parliamentarians, the prime ministers and a range of other ministers are to meet during the Session of the Nordic Council in Stockholm, 29–31 October. Top of the agenda are sustainability and climate change, but security issues will also be discussed. The guest speaker will be Michael Tjernström, one of Sweden's most respected climate scientists.

The climate and sustainability will top the agenda for the summit attended by the 87 members of the Nordic Council and the five prime ministers on the opening day of the Session.

The summit represents a unique opportunity for debate. It is the only forum where the Nordic prime ministers and MPs from all of the countries meet and debate in the same room, and the parliamentarians can demand answers about climate issues and other subjects.

Climate issues will also be on the agenda on the final day of the Session, when the meteorologist and climate scientist Professor Michael Tjernström will deliver a lecture to the Nordic Council, which will be followed by a debate.

Young people will also be in focus at a fringe event on Monday, where they will have the opportunity to pose questions directly to the members of the Nordic Council, including on the theme of the climate.

Security matters high on the agenda

But the Session will be about much more than the climate and sustainability. The troubling international situation will also make its mark on the Session, with security questions encroaching on several of the other debates.

One item on the agenda is a discussion about an ambitious new strategy for societal security in the Nordic region. The strategy paper includes a range of proposals for how the Nordic countries could work more closely together on the issue.

“Defence and security questions are becoming more and more important in Nordic co-operation, and rightly so. In the light of current events in the Middle East and instability in international politics, there are strong reasons why we in the Nordic Region should work even more closely together on security issues,” Hans Wallmark says.

The ministers for foreign affairs and for defence will present their reports to the Nordic Council in a plenary session on Wednesday. Several items on the agenda will cover refugees, migration and integration, including two proposals for Nordic co-operation to combat honour culture.

On the evening of Tuesday 29 October, the awards ceremony for the Nordic Council prizes will also be held in the Stockholm Concert Hall. Five prizes will be awarded.

The Nordic Council holds an annual autumn Session. The 71st such Session will be held in the Swedish parliament in Stockholm. The Nordic Council is the official body for Nordic interparliamentary co-operation. It has 87 members from Denmark, Finland, Iceland, Norway, Sweden, the Faroe Islands, Greenland and Åland.